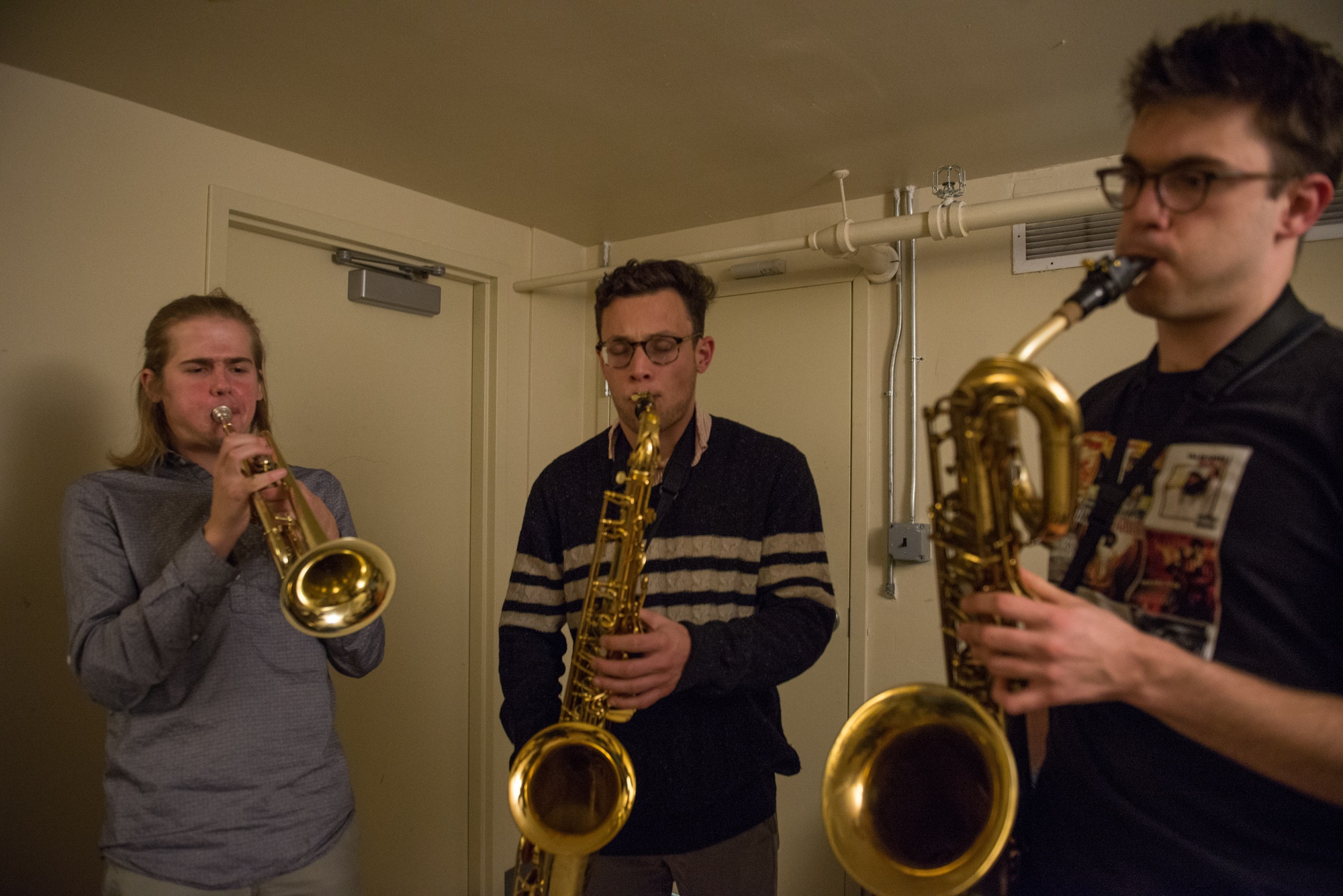 Tree A. Palmedo '16, Ben L. Sobel '16, and John B. Tournas '16 play trumpet and sax during an Intrinsics rehearsal in Lowell basement. By Alana M Steinberg

The Intrinsics have a way of making noise and making the people around them move.
By Nathan A. Cummings

I meet up with The Intrinsics in a small practice room beneath Lowell dining hall. They aren’t hard to find—I just follow the faint strains of trumpet and saxophone to the end of a long hallway. It’s crowded inside with their 10 members—they’ve had to move here after being kicked out of Eliot for being too loud. 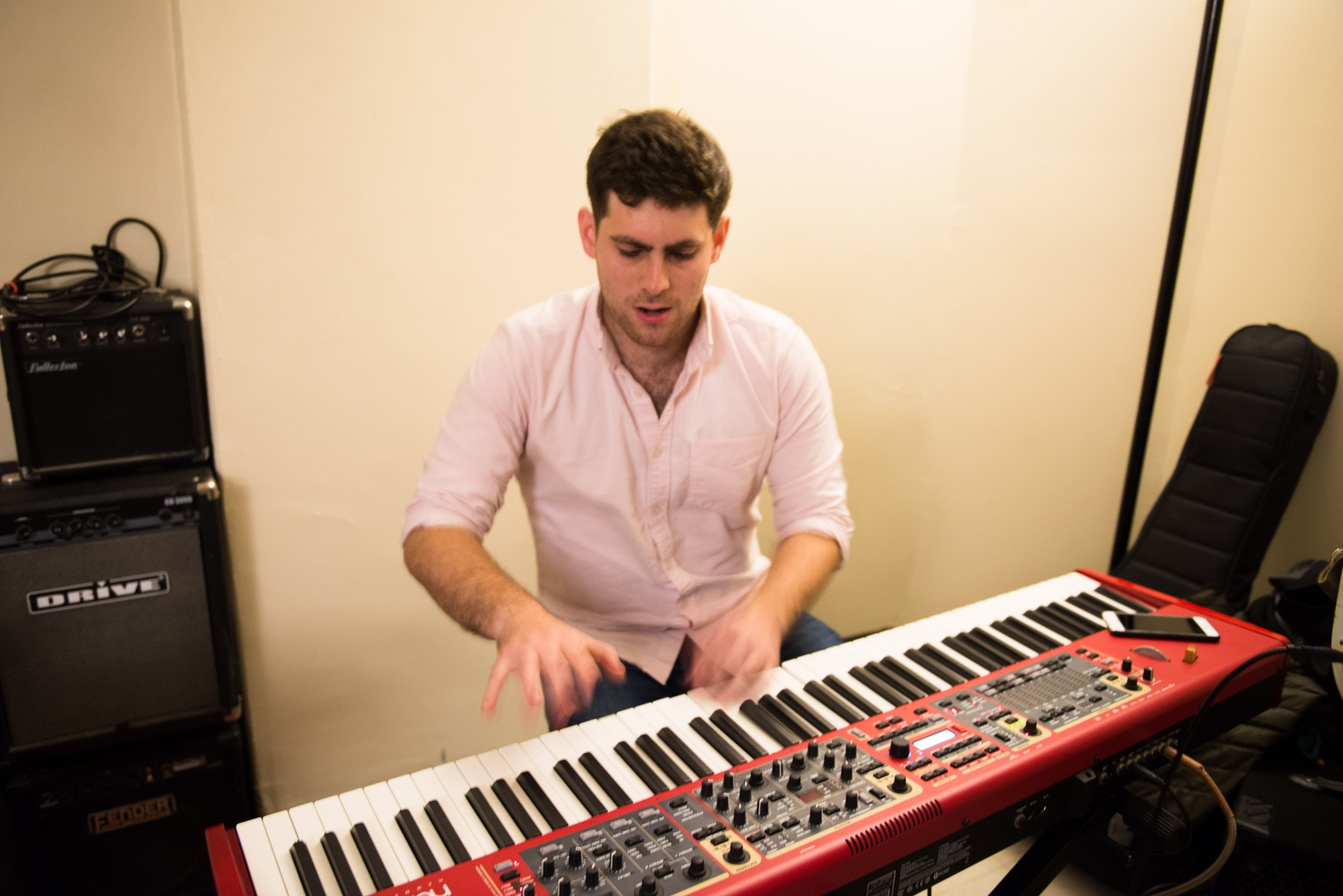 Ethan I. Simon '16 plays keyboard during a rehearsal for the Intrinsics, a band he founded with a graduate of 2014. By Alana M Steinberg

“There really aren’t that many places [on campus] for bands to rehearse,” says bandleader and keyboardist Ethan I. Simon ’16. After three years playing together, they’ve gotten used to it.

Admittedly, The Intrinsics aren’t a “senior,” per se. But they’ve certainly been on campus for long enough, and are primarily composed of musicians who are, in some way, seniors. Simon founded the band with Rachel Horn ’14, a member of earlier soul group the Nostalgics, in 2014.

Since then, they’ve emerged as one of Harvard’s most in-demand live acts, lending their signature Southern soul and R&B sound to venues ranging from the Cambridge Queen’s Head to last year’s Yardfest. And with five of their members graduating this year from Harvard and Berklee, they’re preparing to round out their legacy.

The band has come a long way from its first rehearsal. “I feel like there was a point where we went from, ‘Oh, we’re probably not going to be that good but we’re still going to have fun,’ to ‘Oh, we’re actually good,’” John B. Tournas ’16 says. 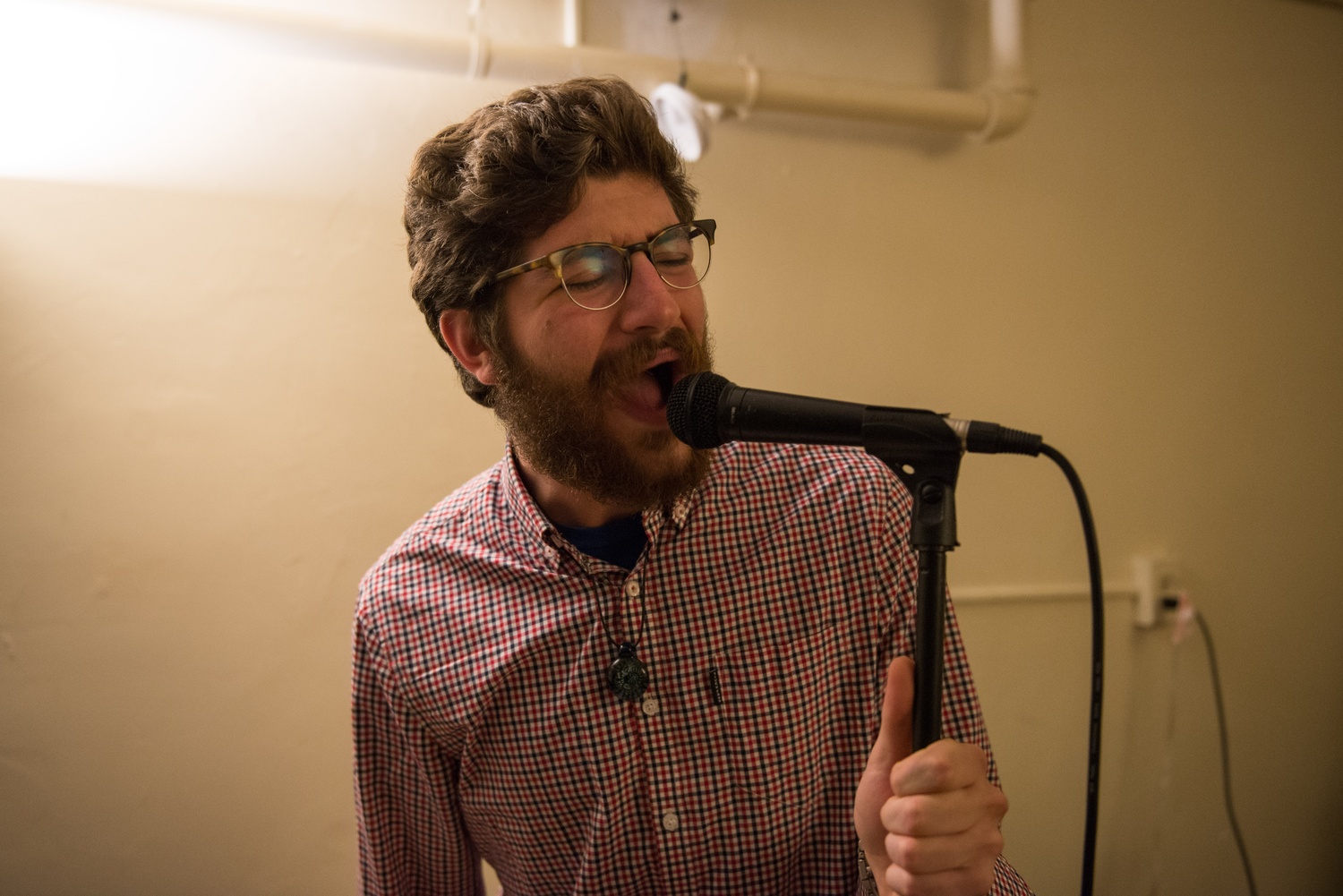 Jeremy Sabath '16 belts "Be Your Fool," a song written by Intrinsics member Ethan I. Simon '16. By Alana M Steinberg

Since then, they’ve branched out and started writing original songs, something vocalist Jeremy Sabath ’16 describes as one of the most rewarding parts of his experience: “It’s one thing to play a cover and get everything dancing, but another thing to play a song that one of your bandmates and you wrote, and see people dancing to that.”

And people have noticed: The Intrinsics have a devoted following on campus. Simon attributes this to the ease of finding venues: “A lot of our early gigs were at final clubs and house formals,” he says. “Which is so much easier than if you’re a normal band starting out and trying to get gigs in the real world. So it was really easy to build a name for ourselves with those outlets.”

Another factor is their distinctive sound. “I feel so happy to be able to make a different space in parties than the normal EDM kind of music that people grind to,” says trumpet player Tree A. Palmedo ’16, a former Crimson Arts executive. “Where everyone’s just dancing together.”

Playing outside of Harvard, without a guaranteed audience, has been more challenging. Another issue is the band’s age: Not all of their members are over 21, which some venues don’t appreciate.

But that hasn’t stopped The Intrinsics from booking shows at venues across Boston and Cambridge. Simon says that playing to “empty bars” is all “part of the experience,” and that “it’s fun in its own way.” And after some rocky initial experiences, they’re beginning to draw crowds both at Harvard and beyond.

The band wants to keep this momentum up, even after their five senior members graduate. Simon is optimistic that at least some of them will go on to success: “It might not happen before we graduate, next semester, but it’ll happen for some of us individually.” His own dream is to enter the music industry full-time by starting a record label.

For now, the band’s immediate goal is to record the music they’ve written. “We don’t know exactly what’ll happen after people graduate, but we’ve all loved being in the band and want to have some stuff for posterity,” Sabath says. “So recording our originals is important.”

And they still have a few last shows planned. Vocalist Nadia L. Urrea ’17 recently got engaged—and she wants the band to play at her wedding. “Everyone in this band is someone I feel completely comfortable with,” she says.

As I pack up my things to leave, The Intrinsics are still making noise—laughing, blowing riffs on their instruments. They ask me to send them my recording of the interview, so they can listen to all the stories and memories they’ve recalled. It’s one more recording they can save.