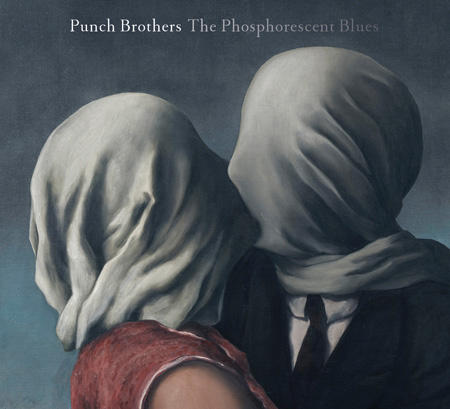 Punch Brothers are masters at generating an incredible specificity of feeling, and their latest release, “The Phosphorescent Blues,” may be the best example of this talent yet. The bandmates have written songs that capture with precision and depth emotional situations like a moment of bliss in old age or recognizing a familiar song. Produced by T Bone Burnett, who has worked with the band on previous projects, including the Coen brothers film “Inside Llewyn Davis,” “The Phosphorescent Blues” provides at once the signature genre-blending and masterful lyrical and melodic storytelling expected from Punch Brothers as well as a bonanza of rich surprises.

Pop songs can elicit visceral reactions from us, but these reactions are often lacking in nuance—“I feel sad,” “I want to dance.” Classical pieces, on the other hand, while generally more complex in emotional hues, may require more cerebral effort. Yet somehow “The Phosphorescent Blues” is replete with tracks that marry these two modes of emotional response. “My Oh My” and “Forgotten” each have slowed down choruses whose melodies perfectly express the precise sentiments of their lyrics. In fact, they far outdo words—stale from use—in articulating those sentiments. “My oh my, what a wonderful day / We're having” sings principal vocalist, Chris Thile, accompanied by his bandmates, and listeners may feel they’re having that thought for the first time. Similarly, on “Forgotten,” when they sing “Hey there, it's all gonna be fine / You ain't gonna die alone / You ain't gonna be forgotten,” it strikes a primal and emotional chord rarely, if ever, touched by hearing those words alone.

“The Phosphorescent Blues” is perhaps Punch Brothers’ most unified album. As in the Magritte painting “The Lovers, ” which serves as the album artwork, details are felt through a consistent texture. According to Chris Thile, mandolin player and lead vocalist for the group, “The Phosphorescent Blues” was inspired by the question, “how do we cultivate beautiful, three-dimensional experiences with our fellow man in this day and age?” This theme is apparent throughout, lyrically, and even, in an abstract sense, melodically. With the exception of  “Magnet”—which has a rough-edged energy that might have been more at home on the band’s last album, “Who’s Feeling Young Now?”—there is an almost floral sweetness to each of the tracks.

The album is bookended by the two tracks most obviously concerned with connection in the digital age. “Familiarity” becomes increasingly dreamlike and ecstatic as Thile sings about recognizing a song that is familiar to everyone in a club. The scene oscillates between club and church as his experience grows into a spiritual one and takes the characters in the song away from their phones. The final track, “Little Lights,” is also concerned with our screen obsession. The song is a modern take on “This Little Light Of Mine,” and according to the band’s website, it “imagines countless smart phones held in the air as a symbol of hope and possibility.” At the end of the song the band is joined by a chorus of voices, actually the recorded submissions of fans. While the song is a tad blander than some of the others, together with “Familiarity” it gives the album a clear conceptual structure.

The coherence of “The Phosphorescent Blues” brings to mind  Punch Brothers’ first album, “Punch,” which was dominated by “The Blind Leaving the Blind” Movements One through Four, each roughly ten minutes long. In fact, “Familiarity,” the first track on “The Phosphorescent Blues,” is itself just over ten minutes long and sets the tone of continuity. This more musically classical album will surely appeal to some listeners more than others. There are fewer obvious stand-alone hits on this album compared to the band’s second album, “Antifogmatic,” on which each song has such a discrete flavor. That being said, “The Phosphorescent Blues”’s poppiest jam, “I Blew it Off,” which was unsurprisingly the album’s lead single, is a barnstormer. It features a dollop of electric guitar and, for the first time on a Punch Brothers album, drums, which lead listeners into the chorus. It also has one of the best lines on the album: “I’ve got an American share / Of 21st Century stress.”

All things considered, it’s hard to imagine any Punch Brothers fan would be disappointed. “The Phosphorescent Blues” is pure Punch Brothers, but, in keeping with the variety we've seen from them thus far, thoroughly fresh and original. Their sound suggests they are a closer-knit team than ever, but they haven’t become so polished that the music feels unemotional or inhuman. Rather they continue to demonstrate their gutsiness and passion in exploring and breaking down the boundaries of genre in order to reach the root of emotions and the human experience.