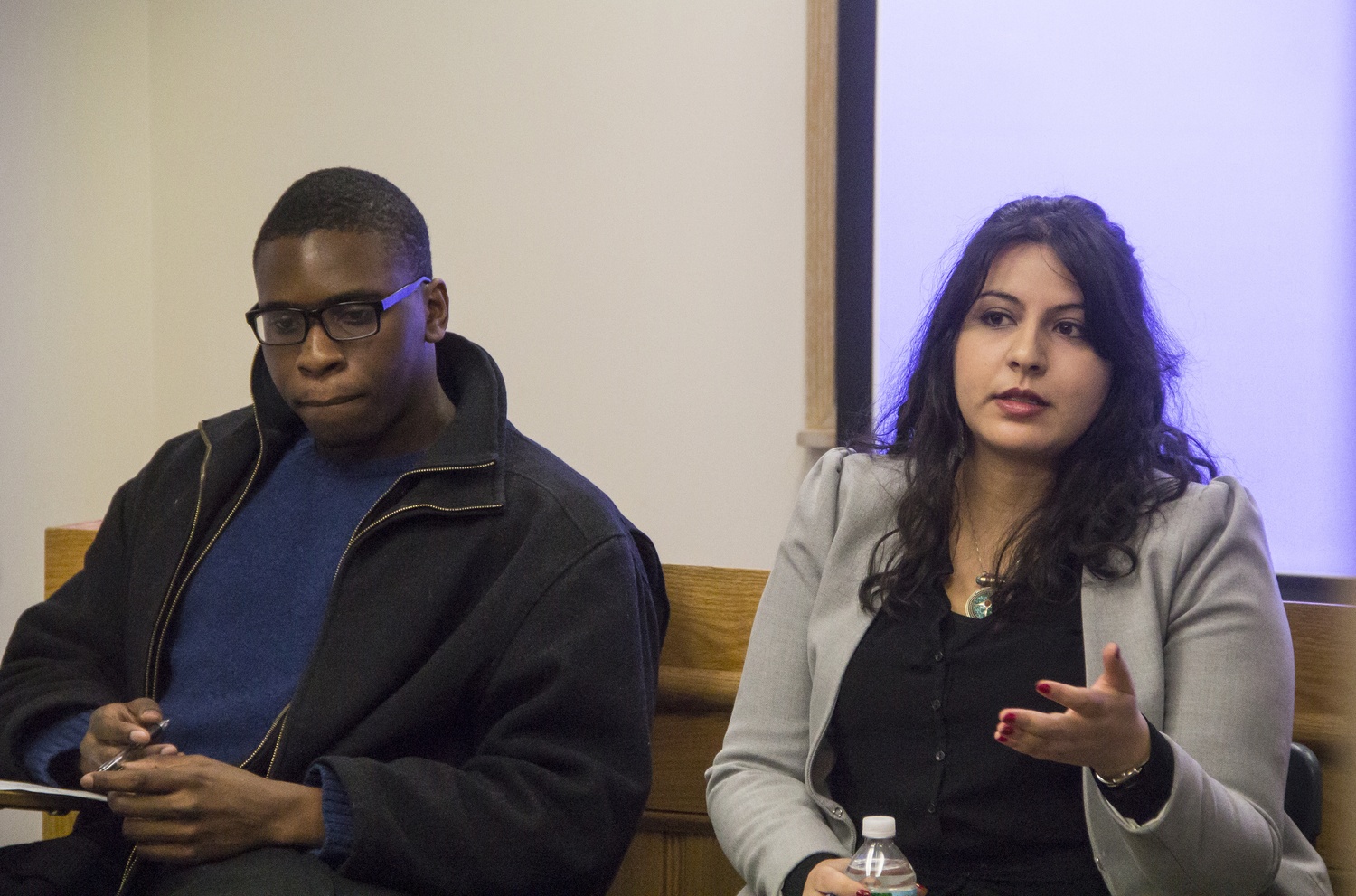 Temitope A. Agabalogun ’15, left, and Nashwa Gewaily, a legal fellow at the Massachusetts ACLU, discuss the aftermath and consequences of the non-indictments of the police officers responsible for the deaths of Michael Brown and Eric Garner last year. By Zorigoo Tugsbayar
By Caleb O. Shelburne, Crimson Staff Writer

Panelists discussing the “Black Lives Matter” campaign underscored the importance of implementing policy changes among police forces and acknowledged the struggle to increase public consciousness of systemic racism at the semester’s first meeting of the Harvard College Democrats Tuesday.

Gewaily—who has worked on a range of advocacy issues at both the policy-making and grassroots level—said that one proposal, body cameras, would reduce the number of violent interactions between police officers and civilians. She added that effective policy-making could address privacy concerns.

Temitope A. Agabalogun ’15, the other panelist at the event and a member of the Harvard Black Students Association, agreed that body cameras would be an important first step.

The other recommendations discussed included a statewide system of data collection on police stops and “civilian receipts,” which would provide information to all individuals stopped by an officer about their rights and how to file a complaint about police mistreatment. These recommendations, Gewaily said, address three core issues facing police departments: “accountability, transparency, and constitutionality.”

Remembering the announcement of the grand jury’s non-indictment in Ferguson, Agabalogun recalled his surprise at what he called the “apathy” of other students when he first heard the verdict while he was with a friend in Quincy dining hall.

“Everyone else was just reading through what they had to do, talking, joking,” he said. “We seemed to be the only people that were caring about it in the dhall.”

After the meeting, Harvard Democrats President Jacob R. Carrel ’16 said that he hoped the event would bring greater attention to the issues of injustice that he called crucial matters for students to consider.

“There are always examples of injustice wherever we look, and though we can’t always fix those injustices, we can try to make everyone know about them,” he said.