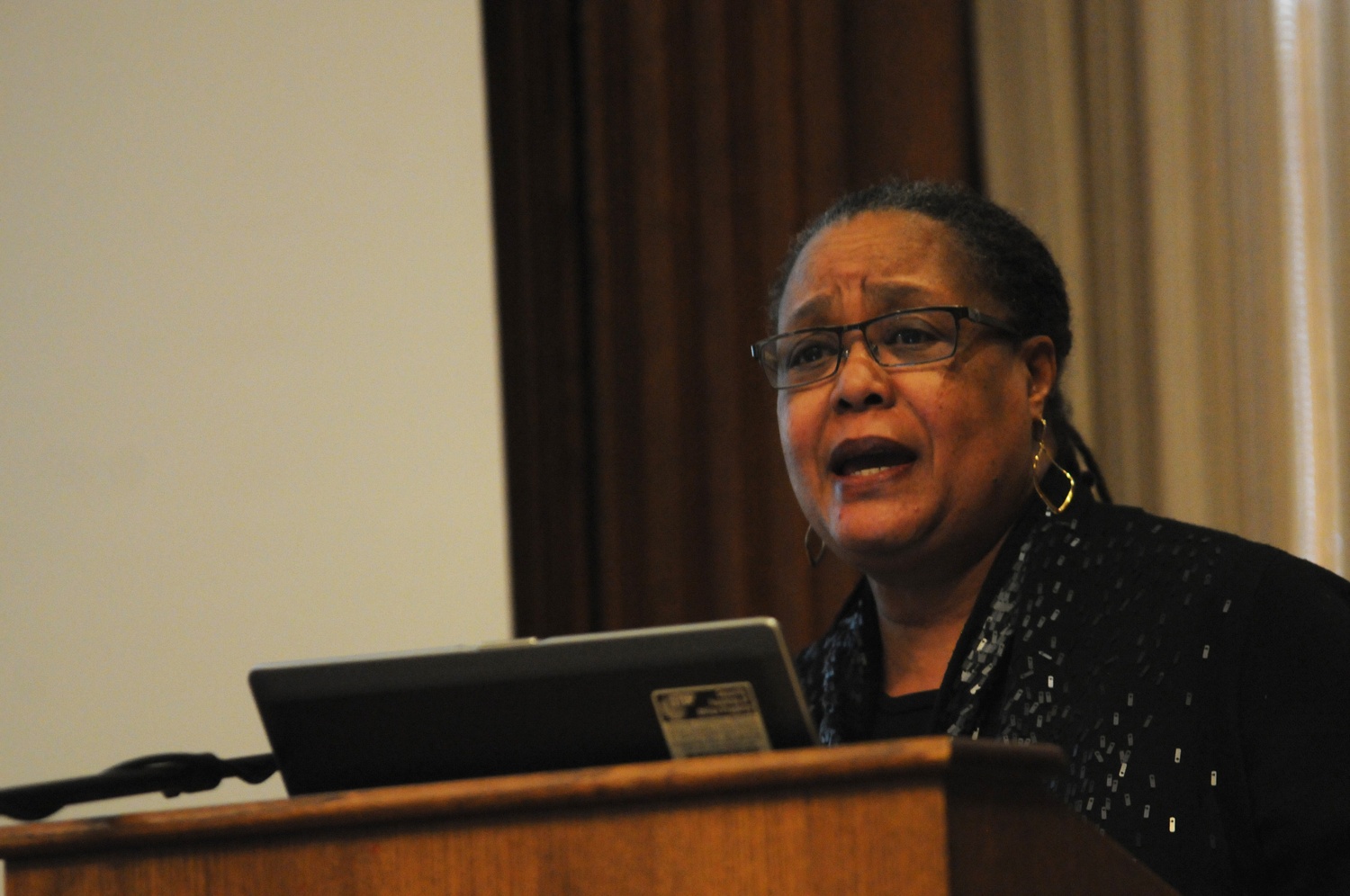 Evelynn M. Hammonds, a former Dean of Harvard College and a History of Science and African and African American Studies professor, spoke Wednesday afternoon to dozens of Harvard affiliates about diversity in fields of scientific research.

The event was the first in a colloquium series held by the Hutchins Center for African and African American Research, which opened in 2013 thanks to the help of a $15 million alumnus gift from Glenn H. Hutchins ’77.

Hammonds, the director of the center’s Program for the Study of Race and Gender in Science and Medicine, centered her presentation on an essay written by W.E.B Du Bois called “The Negro Scientist,” which she said  “has long been a touchstone for [her].”

The essay, which was published in 1939, considers the lives of different black scientists as they struggled to find research positions in the early 1900s. Hammonds noted that in his argument, Du Bois wrote that it was not a lack of talent or interest among black scientists that precluded them from attaining jobs. Rather, it was an “America that did not believe in negro talent despite the scientific evidence that he and other African Americans had produced,” Hammonds said, referencing Du Bois.

Hammonds added that Du Bois did not write about African American females in scientific fields, but historically they have often faced greater challenges in receiving science educations and finding employment. She also said that while there has been progress in opening science up to a larger pool of people, movement toward diversity and inclusion in scientific fields has been slow.

“While challenges are being made to the exclusion of people of color in U.S. science and technology, progress toward eliminating the structural exclusion has been a long and difficult slog,” she said.

In 2013, Hammonds stepped down from the College deanship and then took a year-long sabbatical. At her new role in the Hutchins Center, she studies race and gender in the fields of science and medicine.