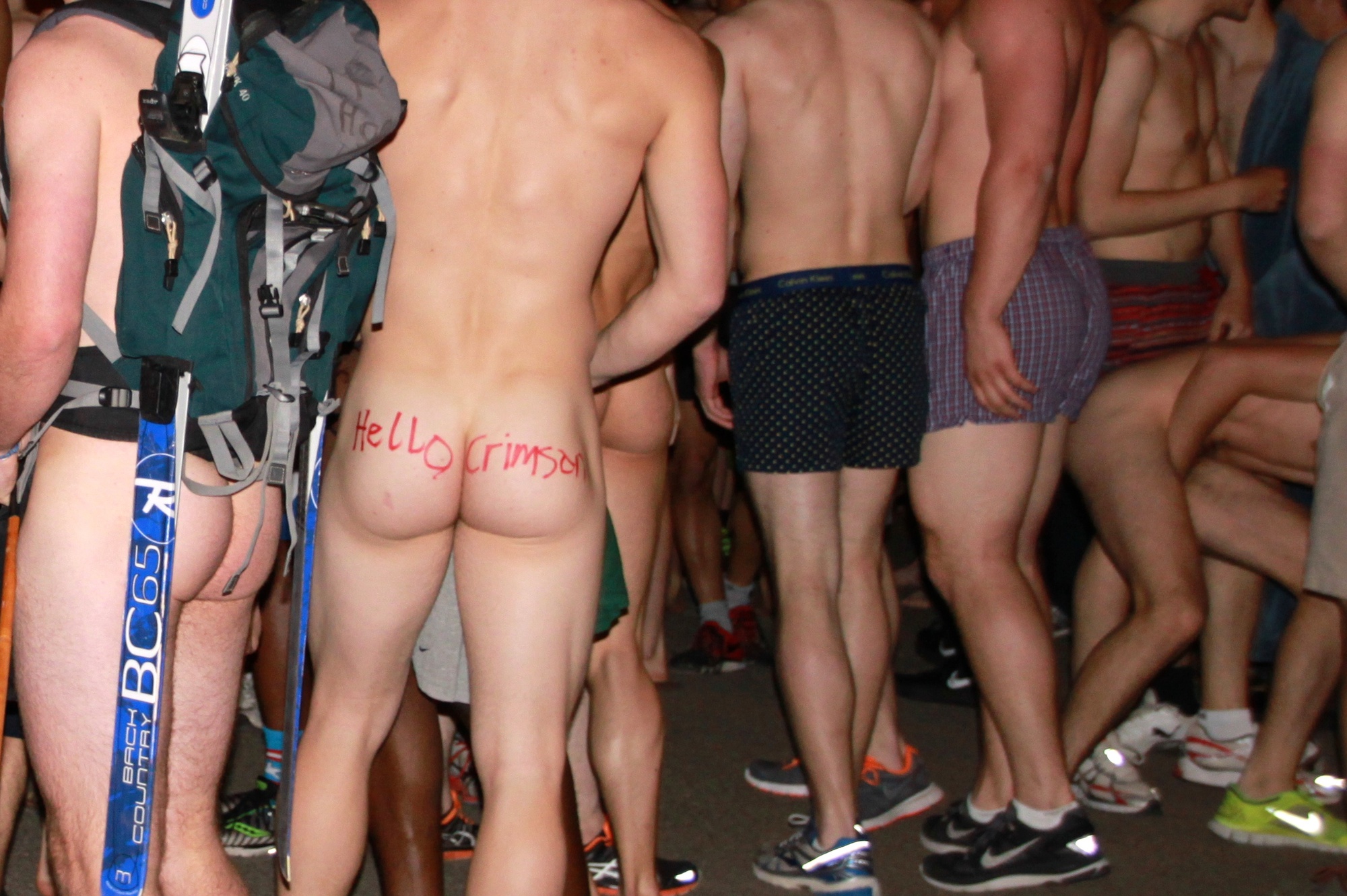 Students celebrate the end of reading period by participating in the semesterly Primal Scream tradition, running around Harvard Yard, many naked or wearing little for clothing.
By Zara Zhang, Crimson Staff Writer

More than a hundred students took a break from studying at the strike of midnight on Thursday to ring in the College’s spring final exam period with the biannual tradition of “Primal Scream,” a clothing-optional lap around Harvard Yard.

The streak takes place every semester on the eve of the first day of final exam period. Thursday morning’s relatively warm temperatures, which approached the 60s, may have encouraged more students to take part, although the fall semester’s run generally attracts more participants. 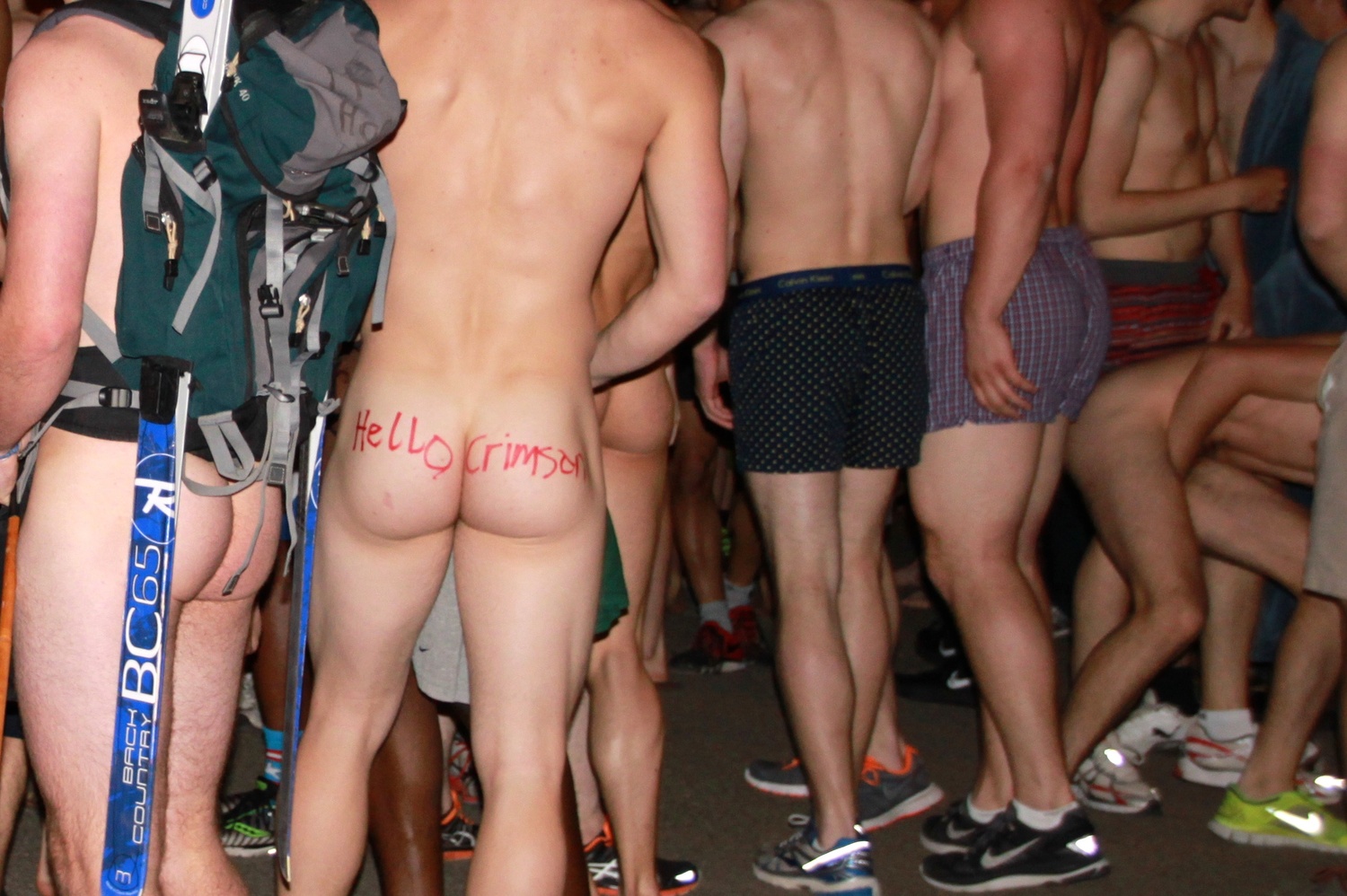 Students celebrate the end of reading period by participating in the semesterly Primal Scream tradition, running around Harvard Yard, many naked or wearing little for clothing. By Mac G Schumer

Though most participants wore nothing, some streakers sported accessories to reflect their hometowns or hobbies. A few students took to the Yard proudly bearing the flags of their home states or countries, and at least two students completed the run on wheels with roller skates or skateboards.

Roberto A. Perez ’15, a Primal Scream runner who completed the jog while sporting a Californian flag, said he participated because he wanted to complete the three “things” that College lore suggests students aim to do before graduating.

“It’s my senior spring, and I’ve never done it before,” Perez said. “It’s apparently one of the three things you do before you graduate from Harvard... so it makes sense to do all three.”

As in previous years, the Harvard University Band performed on the sidelines of the run, playing songs including “The Stripper” and “Ridin’ Dirty” in front of the Yard’s John Harvard statue.

Osman G. Siddiqi, a student at the Kennedy School of Government who was one of the many bystanders watching the run, described the spectacle as “fascinating” and “hilarious.” Asked whether he would do something similar himself, he said “maybe.”

“You never know when you are in a group of people what you are going to be willing to do,” he said.

Chanel E. Washington ’15, who completed the tradition in her wheelchair with friends, said it was her “last chance to ever to do something like this” as a senior.

“It’s all about body positivity. I feel great,” she said.