'Timely' Gift Will Lend SEAS Momentum in Era of Transition 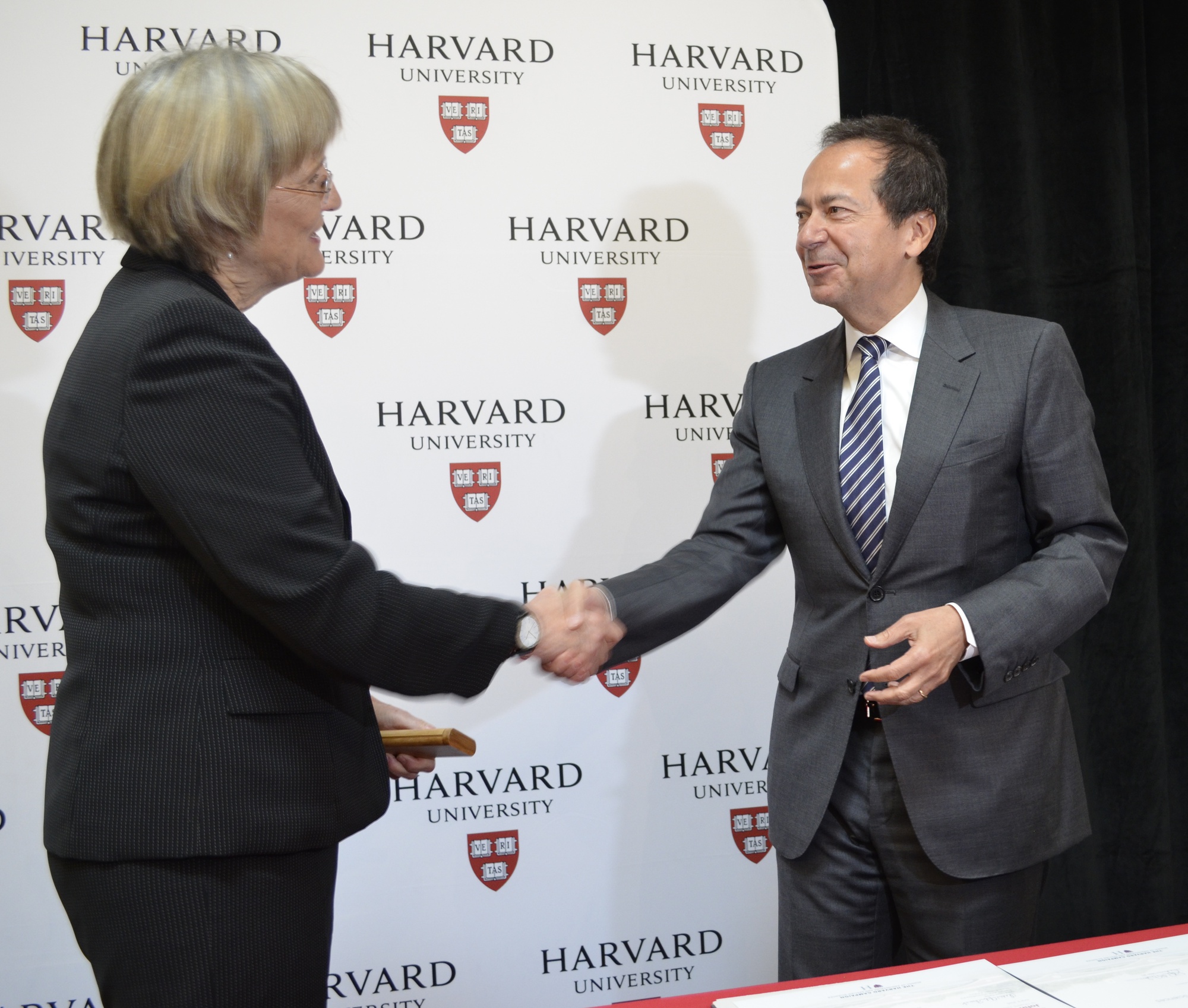 The record $400 million donation from hedge fund magnate John A. Paulson that renamed the School of Engineering and Applied Sciences comes during a transitional phase of a school whose enrollment has fast outgrown its resources, positioning the gift to lend momentum to the young engineering school’s expansion.

In an interview last month, Interim SEAS Dean Harry R. Lewis ’68 said the school’s most urgent need is money as it is expands more rapidly than its resources can support. The recent gift from Paulson—the largest in Harvard’s history—will help alleviate the budget constraints of a school that has been experiencing skyrocketing enrollment, a shortage of laboratory and teaching spaces, and is slated to relocate to Allston in just four years.

The gift is unrestricted, meaning that administrators are free to allocate the funds as they see fit. According to former SEAS Dean Cherry A. Murray, it is “extremely unusual” for such a large gift to be unrestricted. She called the gift “a nice present” for incoming dean Francis J. Doyle III, who will take helm of the school later this summer.

Venkatesh “Venky” Narayanamurti, who led SEAS from 1998 to 2008, said the donation was “very, very timely.”

“It will put engineering on the map, and Harvard will reverberate with this gift for a long period of time,” he said. “We should really give the new dean a chance to get his feet wet, learn the place, and make sure he makes wise investments, because this is for the future.”

A NEED FOR FACULTY GROWTH

When asked how he will make use of Paulson’s gift, Doyle said the donation will not result in a “redirection” for the school. He acknowledged that although SEAS will still face space and funding constraints in the near future, what SEAS needs most now is people. It needs to attract top students and faculty members, Doyle said.

SEAS professors say they hope to see the gift translate into more faculty hires, state-of-the-art laboratories and teaching spaces, and continued support for large-scale courses like Computer Science 50: “Introduction to Computer Science I.”

According to SEAS spokesperson Paul Karoff, Paulson’s gift will be used to fund SEAS operations, instead of capital needs such as the construction of new buildings in Allston. Administrators are still raising funds for the latter, and no decisions have been made regarding what Harvard entity will own the buildings, according to Karoff.

Compared to many other engineering schools around the country, SEAS is small and young. The school was only officially established in 2007, and it currently has about 75 full-time teaching faculty members, less than a third of Stanford’s engineering school and a fifth of MIT’s. According to the school’s case statement for the capital campaign, administrators hope donations to the school will allow SEAS to increase the size of its ladder faculty to 90—about the size of California Institute of Technology’s engineering and applied science professoriate.

An alumnus of Harvard Business School and New York University, Paulson does not have any affiliation with SEAS or engineering. He decided to donate to SEAS largely because University administrators conveyed the sense that they see engineering as priority for Harvard, he said.

“He wants to do the right thing for Harvard. He looks particularly to [University President] Drew [Faust] to say what is the most important thing for him to do for Harvard,” Murray said, adding that many non-SEAS alumni who have made their fortune in the business world recognize the importance of engineering.

According to its case statement for the capital campaign, SEAS plans to use donated funds to create “new master’s degree programs, some in collaboration with the Graduate School of Design, the Business School, and the Medical School.” Doyle said part of what attracted him to the deanship was “some untapped opportunities in collaborating across the professional schools.”

SEAS and the Graduate School of Design are soon expected to launch a joint master’s degree program in engineering design. As SEAS and the Business School become future neighbors in Allston, leaders at both schools have expressed a wish to deepen their connections, especially at at an age at which they say combining technology and business is increasingly important.

For Applied Physics professor Jene A. Golovchenko, the relocation of SEAS to Allston and Paulson’s Business School-facilitated donation “suggest a major new direction for SEAS” where entrepreneurship will play a more prominent role.

“Many of the technological wonders that dominate our lives today were born in environments that encouraged, supported, and even protected deeply curious people with no business sense or financial motivation at all,” he said. “If short-term entrepreneurship becomes a main focus of SEAS, it will not be the ideal place for folks like me to function and succeed.”

In response to this concern, Doyle said he sees fundamental research as “paramount” and that the school will continue to support both scientific research and its translation into commercial products. The two are not necessarily at odds, he said.