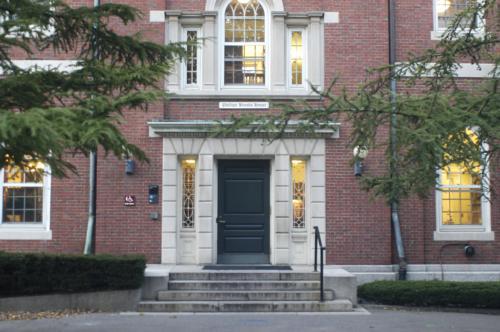 In another eight-figure gift to the University’s capital campaign, New York financier Eric M. Mindich ’88 and his wife Stacey have donated $15 million to endow public service initiatives at Harvard College.

The newly established Mindich program will help fund the development of 14 classes with a focus on bringing public service to the academic realm, building on established courses “Poverty in America,” “Reinventing Boston,” and “Practicing Democracy,” the University announced on Thursday. The initiative comes amidst advocacy on campus for public service work, including from University President Drew G. Faust.

The gift will also financially support up to 75 students annually to pursue summer service work, which often offer little or no pay. The Mindich Service Fellows Program builds on a Massachusetts Hall initiative started in 2011 that supports 10 students each year in summer public service internships. The Phillips Brooks House will help administer the new programming and will be renamed the Phillips Brooks House Center for Public Service and Engaged Scholarship.

“It will both enable people to go beyond the curriculum in some experiences but also to have as part of the curriculum a more robust presence for public service,” Faust said in an interview this week. “It’s exciting to see the campaign make things like this possible.”

“This innovative program will allow future generations of exceptionally talented and passionate undergraduates to pursue their natural interest in public service, enrich their own experiences, and engage with and benefit the world around them,” Mindich said in a press release.

The gift is well-timed for Faust, who last year heard student concerns about the challenges of affording public service internships at an Undergraduate Council open forum in March. College students lined up to tell the president that they hoped she would provide more financial support for interested students to gain work experience in the public sphere, an experience some said they could not otherwise afford.

“Knowing this gift was being talked about and planned and thought through, when I got all those questions at the UC, I was really happy to see how much this mattered to students because I thought, ‘This is something we’re going to be able to deliver on,’” Faust said.

Mindich’s $15 million donation also boosts Harvard’s capital campaign, which is on track to become the most ambitious fundraising drive in the history of higher education with a $6.5 billion goal. Two years in, the University has raised more than $5 billion in gifts and pledges, according to the last public disclosure of figures in early 2015. If Harvard has continued to raise money at pre-public phase levels since the last public count, the campaign is likely now in the area of $6 billion.