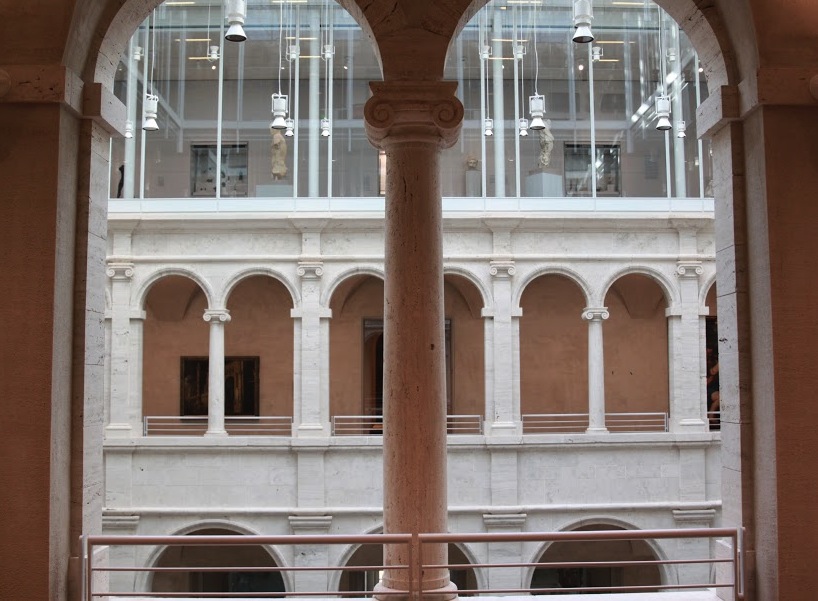 Ethan W. Lasser—who had served as the acting leader of the European and American art branch since December 2014—has officially been named its head and assumed a newly endowed position as the first Theodore E. Stebbins, Jr., Curator of American Art.

For her part, Rachel M. Saunders will begin next month in her role as the Abby Aldrich Rockefeller Associate Curator of Asian Art in the Division of Asian and Mediterranean Art, also a newly endowed position. She had completed her dissertation at the University on a 14th-century Japanese handscroll earlier this year.

A. Cassandra Albinson was appointed the Margaret S. Winthrop Curator of European Art, and Elizabeth M. Rudy, was named the new Carl A. Weyerhaeuser Associate Curator of Prints. Rudy has been at the museums since 2011.

According a press release, the four curators have “deep expertise in key areas of the museums’ world-class collections” and “will help fulfill the promise” of the Harvard Art Museums’ new building, which reopened last November following a six-year renovation project that integrated three University’s art museums under one roof.

The curatorial appointees said they were eager to use the expanded facility to work with counterparts from other divisions to develop new exhibitions.

Noting that Harvard’s galleries are largely organized by chronology and theme, rather than by culture, Lasser said there is ample opportunity for collaboration across art divisions.

“Our job now is to create programs and exhibitions that live up to the architecture [of the building],” Lasser said, adding that he was “thrilled” to soon work with other curatorial experts.

Saunders said the new building provides an “extraordinary opportunity” for changing and evolving how works are exhibited.

“One of the things that makes the Harvard Art Museums unique is that you’ll see different mediums of art included in galleries together,” Albinson said.

Albinson added that the diverse mediums of work included in individual galleries provide another way for curators to learn from one another about the museums’ collections and how the rotations of artwork in the galleries take place.

The appointments were initiated and completed before former the Art Museums’ for director, Thomas W. Lentz, stepped down from his position in July, according to the press release.

Albinson and Lasser have already taken up their curatorial duties at the Harvard Art Museums. Saunders and Rudy will begin their new appointments in mid-October.