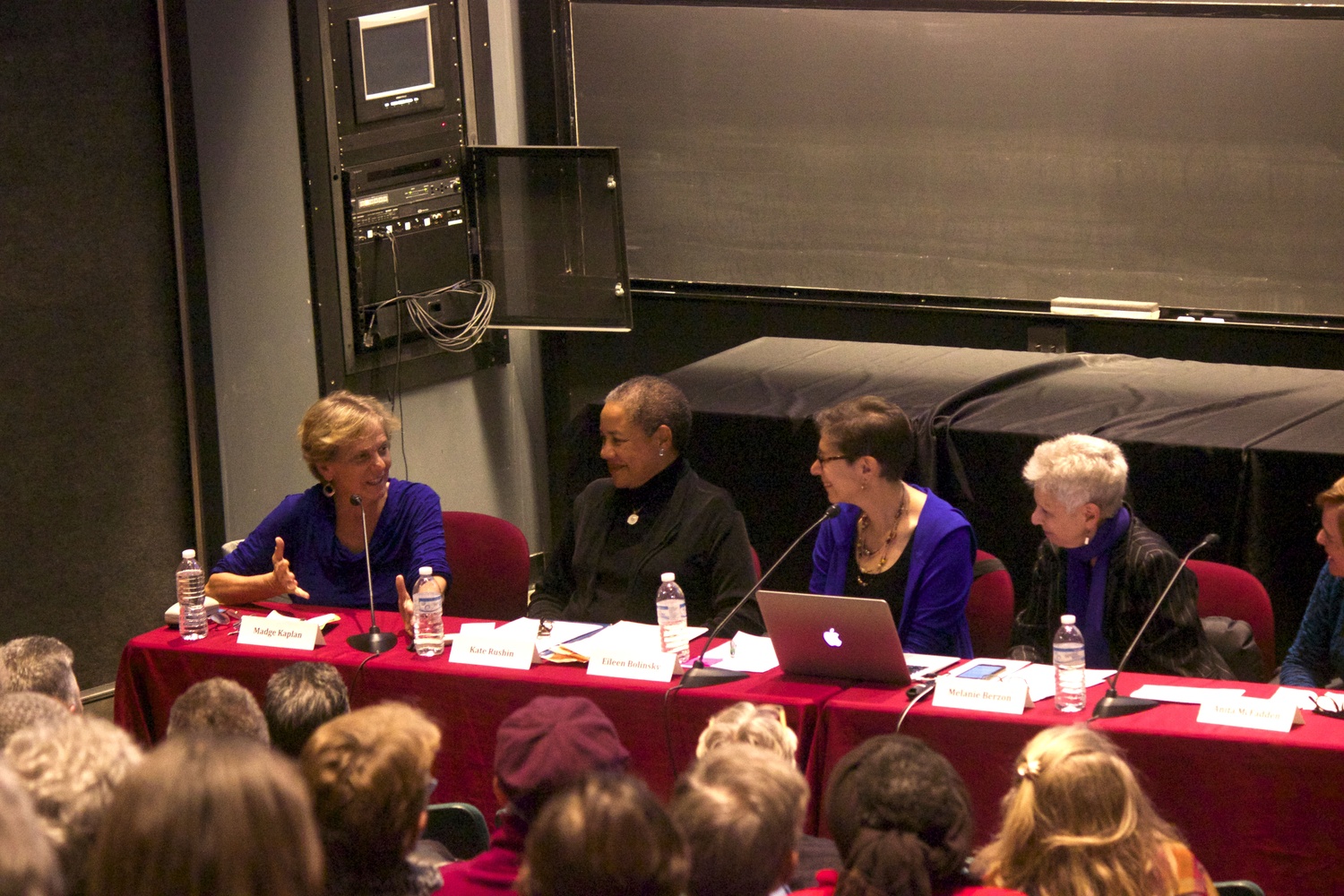 Participants in the International Women’s Day Radio Project, a radio festival which ran in Boston from 1978 to 1993, came together for their first reunion to recount memories of the initiative Tuesday evening in a panel hosted by the Harvard Museum of Science and Culture.

The project was an annual 24-hour marathon of radio programming planned and run by women during the spring in Boston. Panelists said it started as a way to address the lack of women’s voices on mainstream radio broadcasts at the time. The project sought to discuss women’s issues and feature women’s music and poetry.

The panel consisted of founding members and participants of the project, and was moderated by professor Evelynn M. Hammonds. She highlighted the historical significance of the project and its lasting impact.

“They carried the need for women’s voices to be in the airwaves into everything they did,” Hammonds, who is a professor of the History of Science and of African and African American Studies, said. “It had a legacy that went on and continues even now.”

Panelist Anita McFadden, one of the founders, commented on the fact that many audience members had listened to the program decades ago.

“I’m just amazed because you all were listening [when the project was running],” she said. The audience erupted into cheers and applause.

She went on to highlight the novelty of the project’s concept during the 70s and 80s.

“Back then, you could hardly read the news [as a woman], much less host a show and be prominent in the media in that way,” she said.

Melanie Berzon, another panelist, said she was drawn to radio broadcasting because she hoped to understand a more diverse range of people. Berzon has remained active in radio broadcasting since participating in the initiative the 1970s.

“I believe that if we get to know a people, if we get to know their music, their culture, their lives, what they listen to, what they dance to, then it’s harder to hate them, to oppress them, to exclude them,” she said. “[The project] gave us the opportunity to put that philosophy into practice.”

The panelists said that besides its role as an outlet for women’s issues, the project also fostered an inclusive, welcoming environment.

“For me to walk into this group of women and be welcomed with open arms, and have professionals step up and say that 'I’ll work with you' meant the world to me,” Rushin said.

Nancy H. Hughes, a member of the audience and a former project participant, appreciated the event’s role in reuniting the women and sharing their stories as “living history.”