'The Crown' Offers a Lush Look at a Sedate Ruler 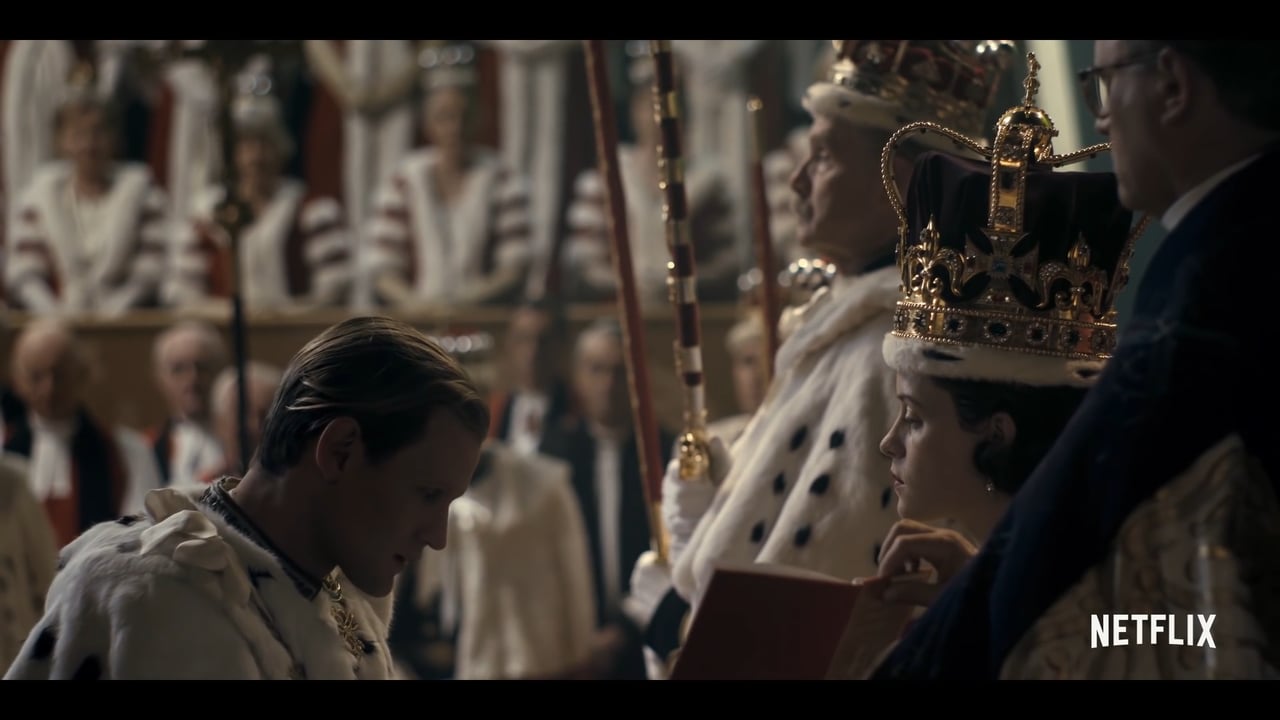 By Courtesy of Vimeo
By Petra Laura Oreskovic, Contributing Writer

The very title of Netflix’s new series, “The Crown,” suggests the importance of the institution of the monarchy to the Queen as it is. Crowns are primarily interpreted as the physical object the ruler wears, although in her case not without difficulties. The first season of “The Crown” explores the private life of Queen Elizabeth II during the first few years of her reign. Created by Peter Morgan, the writer of 2006 film “The Queen” (which also focuses on the second Queen Elizabeth, albeit in the context of Princess Diana’s death), the sumptuously shot drama humanizes the monarch and paints a psychological portrait of the royal family that seems to capture its essence but is not exactly compelling.

“The Crown” boasts, for the most part, strong performances, an important aspect of a show that focuses largely on personal relationships and beliefs among the Windsors. Claire Foy’s young Elizabeth, played with restraint but less distance than Helen Mirren in her Academy-award winning turn in the same role, is outstanding. On the other hand, John Lithgow ’67 as Winston Churchill and Alex Jennings as Edward VIII both offer performances that fall on the campy side of the spectrum. There have been many good cinematic (or televised) renderings of the former British PM; Lithgow, in comparison, initially overemphasizes the mannerisms of the flamboyant politician, perhaps the most important character on the show beside the young Queen and arguably also the most interesting one. However, the cranky cartoonishness eventually develops into a truly complex figure, to which the penultimate episode, “The Assassin,” greatly contributes. Jennings plays the abdicated King Edward with enjoyable malice. Matt Smith of Doctor Who fame also delivers a good performance as the slightly laddish Prince Philip, whose relationship with his (higher-ranking) wife becomes increasingly strained as she takes on more responsibilities in her role as Queen. The gender dynamic between Queen Elizabeth and her powerful male contemporaries is one of the recurring themes of the show, and its treatment of the issue is laudable. “The Crown” seems aware of the tension, but it remains true to the Queen’s rather stoic character by mostly avoiding that tension’s verbal expression.

The royal family is a potentially fascinating subject, and “The Crown” is obsessed with the machinery of the monarchy. The show pays very cinematic, almost excessive attention to social machinery at the micro-level: It abounds in shots of countless operators involved in the flow of information travelling between dignitaries or their subordinates’ behavior. Perhaps the most telling such detail takes place off-screen, when removing a bit of fluff from someone’s jacket reveals the affair Princess Margaret is having with a divorced man (scandalous!). The extremely high production value contributes to such moments, which produce the same kind of pleasure as some Wes Anderson films, rather than rendering them tiring. Given the show’s enormous $100 million budget, the show’s aesthetic expectedly looks lavish, but the hazy blue tones through which the luxurious locations are shot reinforce the cold atmosphere of the royal family’s life.

“The Crown” also succeeds in exposing the human side of the often glamorized and still mysterious family. This grounding happens early on through shots of King George, Queen Elizabeth’s father, being operated on, in a scene reminiscent of Steven Soderbergh’s “The Knick.” The bodily aspects break up the antiseptic early atmosphere, but the show also focuses on Elizabeth’s deep dedication to tradition and her role as an impartial monarch who simply upholds the constitution under all circumstances. However, this impartiality to politics means that potentially more interesting subjects, such as issues of colonization and the Cold War, are mentioned just in passing—they were never something she actively got involved in. Although her decision not to intervene in almost any way results in less interesting television, it is historically accurate.

Unfortunately, the show is unconvincing and at times almost ridiculous when it tries to suggest that the importance of the Queen is ever much more than symbolic. It’s probably not entirely true that Churchill only stayed in power because of her request—the dedication to tradition in his case seems like a false claim.

One of the show’s episodes focuses on the issue of televising Queen Elizabeth’s coronation ceremony—Prince Philip correctly assumes the general public wants to know who the family is. Several decades later, however, much of their enigma seems to be gone. “The Crown” occasionally fails to convince the audience to care about the outcomes of crises beyond the personal that the Queen faced, since her influence did not seem to extend far beyond that.