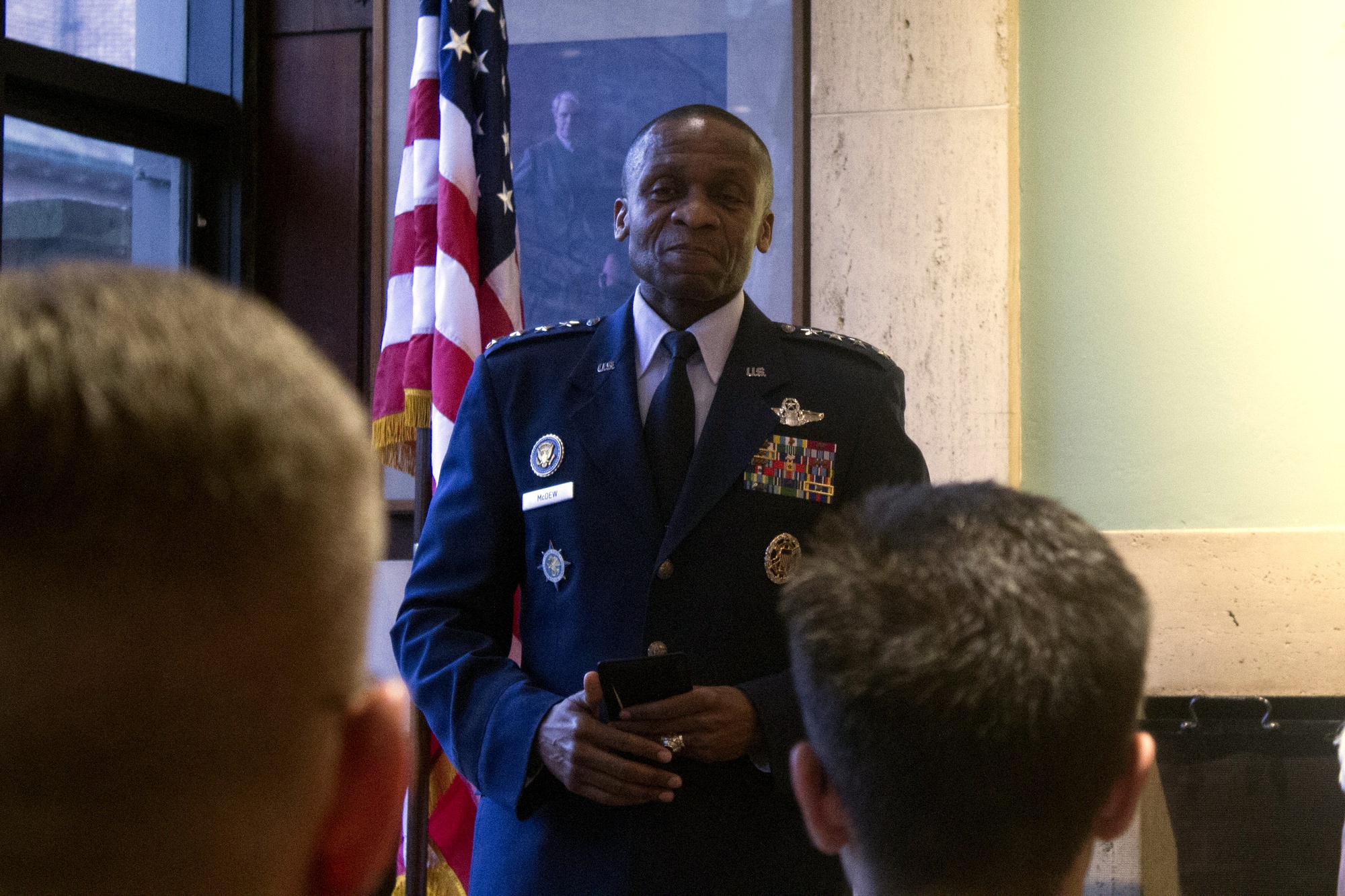 Four-star Air Force General Darren W. McDew discussed Reserve Officer Training Corps at Harvard and the task of attracting millennials to the military before an audience of students and professors at Quincy House Wednesday.

McDew, who is the commander of the United States Transportation Command— which controls all transportation for the Department of Defense— emphasized the importance of ROTC at Harvard and more generally, saying such programs “allo[w] the American public to better understand its military.”

“In our democratic society, it’s vitally important that we have the support of the American public,” he said. 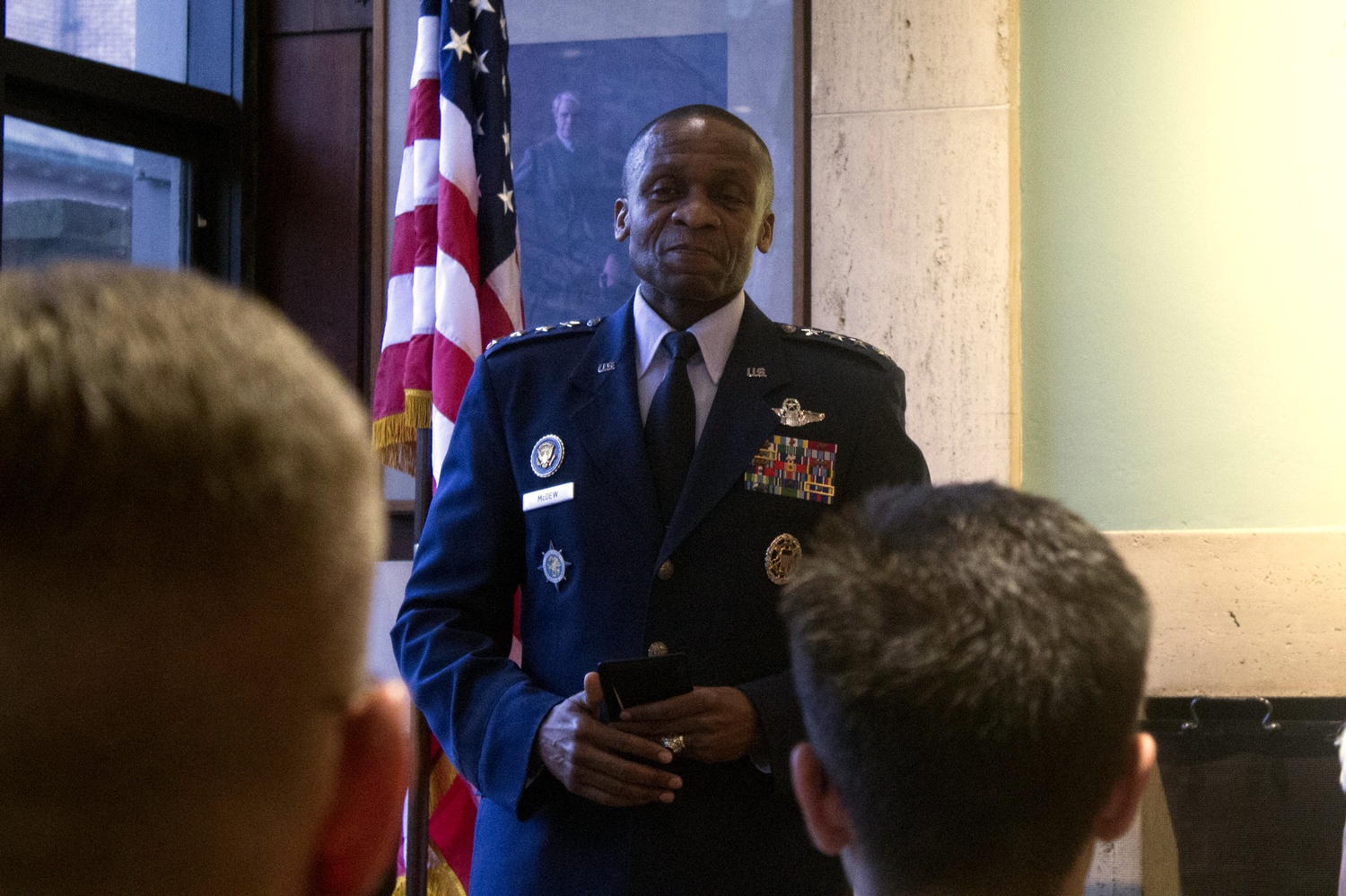 Four Star General and commander of U.S Transportation Command Darren W. McDew speaks at Quincy House on Wednesday afternoon. General McDew spoke about his own career, the future of American defense, and the importance of adaptable leadership. By Sidni M. Frederick

McDew also spoke about the need for the military to evolve, both technologically and culturally. Physically, he said the armed forces need to “modernize” and eventually have “autonomous or semi-autonomous” vehicles.

The military, McDew said, also needs to adapt to the millennial generation’s changing career expectations when ranking them within the military.

“[Millennials] have a different value proposition of how long [they will] stay with something,” he said. “We’ve got to find a way to look at your experiences across a broad spectrum of things, and be open to bringing you in at different places along the ladder.”

He emphasized the importance of learning to lead especially for ROTC members in attendance.

Charley M. Falletta ’16, a member of ROTC at Harvard who introduced McDew at the talk, said that it was “so interesting, and so nice that he came out for this.”

“He is really the pinnacle of success for the military,” she said.

Carolyn F. Pushaw ’16, another member of Harvard’s ROTC program, said she was also impressed with McDew.

“He was a fantastic speaker and I learned a lot. I was impressed with how down to earth he was,” she said. “To be one of the nine combatant commanders, for him to come to Harvard is a big deal.”

The event was sponsored by Harvard ROTC, the Harvard College Democrats, and the Harvard Republican Club as part of the Conversations at Harvard series.