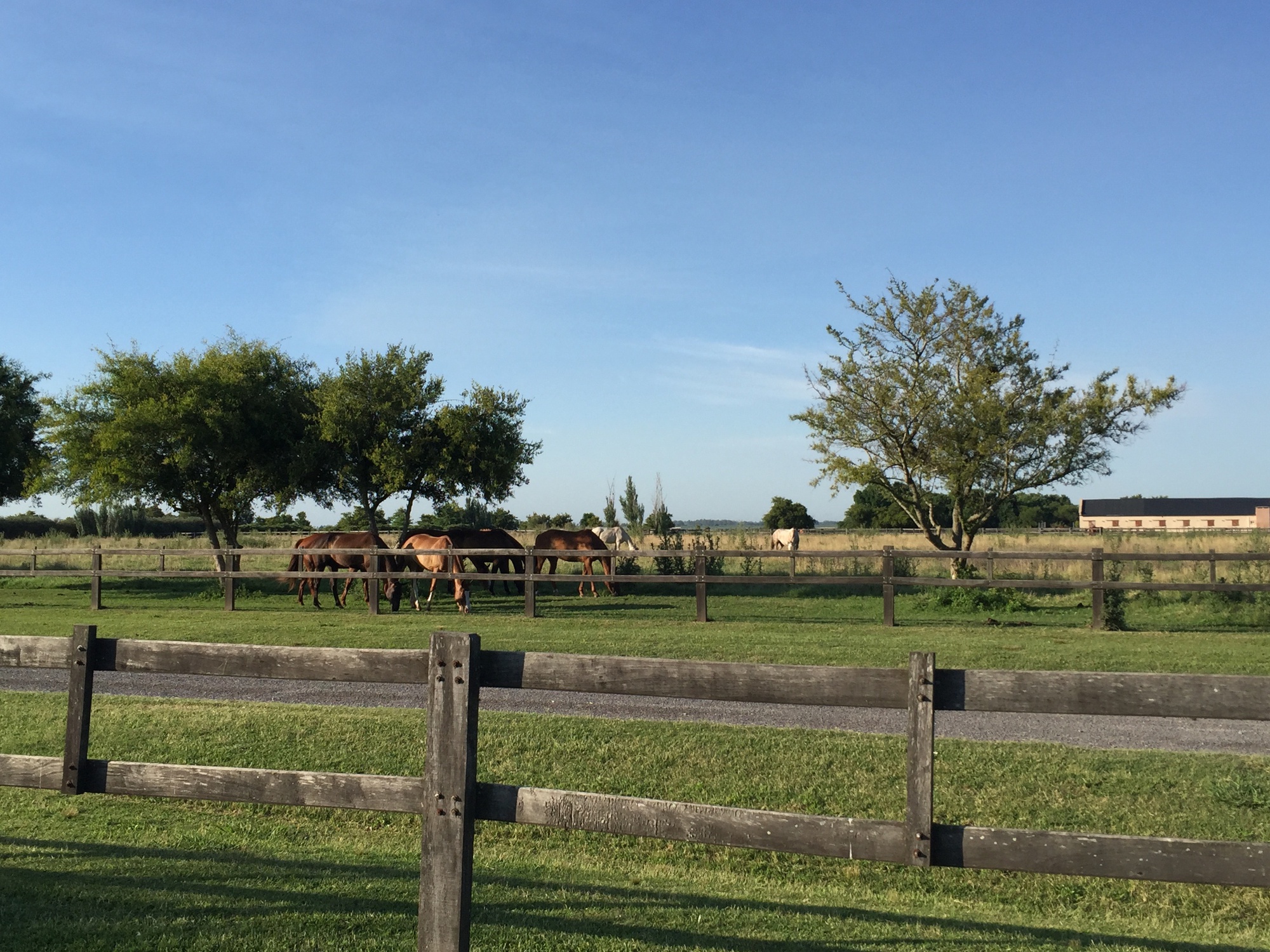 In Argentina, I saw a whole new side of polo.
By Kelsey S. O'Connor

I had arrived in the countryside of Argentina in the middle of the night, exhausted from traveling. Opening my bedroom curtain, I saw horses grazing in the not-yet-hot sun. Down the road, palm trees towered over the path that led to the pristine field and barn. Beyond that, the lagoon reflected the bright sun. I would later learn that 30 SPF has nothing on the power of Argentinian rays. As my Polo teammates and I began our week of training on the shores of a beautiful lagoon, I kept thinking that it was the most beautiful place I’d been. Later, as we cleaned tack, shoveled poop, and scrubbed the barn floor, I realized that there was a price to that beauty.

In the United States, if you ask someone to imagine a polo player, they might conjure up an image of Prince Harry. Before I joined Harvard’s polo team, I associated the sport with royals, too. However, the rigor of the sport—not to mention the barn chores—soon made me reconsider my stereotypes. In Argentina, I saw a whole new side of the sport.

On the northeastern coast of Buenos Aires, where El Rio de La Plata empties into the Atlantic, there is a neighborhood called Palermo. Through Palermo runs La Avenida del Libertador. On one side of Av. del Libertador is a vacant polo field, El Campo Argentino de Polo, hidden behind a cracked knee-high concrete wall and a wrought iron fence.

The modest neighborhood was not where I had expected to find the legendary field, but it was an appropriate setting for what in Argentina is a popular and notably unpretentious sport.

El Campo Argentino de Polo holds 30,000 people and is home to the Argentinian Open—one of the biggest polo tournaments of the year. Because the players and ponies who get to play Palermo are the best in the world, one might expect it to be grand. Yet, though the fields are well-maintained, they look much smaller in real life than they do on television. Next to the field, the ponies are packed into a small enclosure, cables tied to their halters to prevent them from wandering off.

A racing complex across the street, flanked by casinos and expensive restaurants, seemed more like Prince Harry’s domain. Still, the complex was open to all.

Seeing the facilities at Palermo, it struck me how the sport has grown and changed. Polo began as a military sport. It was a way to train—as well as entertain—soldiers. In Argentina, where most people used horses for farm work, the sport evolved from a similar game that did not involve mallets. The relatively low cost of horses in the country made polo far more accessible than it is in Britain or the United States. Today, though long workdays mean that fewer people have time to play themselves, polo remains a national pastime.