Rihanna’s newly released music video for “Work,” in which her song is played twice over the course of seven and a half minutes, addresses issues of Caribbean immigrant workers in the United States. In the first loop, a homage to her home culture, Rihanna is clad in a loosely crocheted slip, paying tribute to the bright colors of Caribbean island countries’ flags. She is at a party, and the women are swaying their hips to the music, celebrating Caribbean culture and choreography. Rihanna’s lyrics are sung in the Bajan creole of her native Barbados—for example, “He said me haffi work” and “meh nuh care if him hurt.”

The second time the song is played, it presents a message about immigrant work and the difficulty it poses to familial and romantic relationships. Rihanna and Drake are alone in a living room with pink walls and purple lighting. The candy-tinted color-scheme suggests a fantasy world, perhaps in the imagination or mind’s eye of Rihanna and Drake, who represent a couple torn by the distances involved in work abroad. Drake sings, “Yeah, okay, you need to get done, done, done, done at work,” recognizing the necessity of finding employment, but he laments, “Long distance, I need you.” Still, he admits, “When I see potential I just gotta see it through,” again referring to the job opportunities that are only available far away. Rihanna chimes in, “Please recognize I’m trying, babe. I have to work, work, work, work, work, work.” The repetition of the word “work” emphasizes the tediousness and inescapability of the job. Rihanna dances subtly in the foreground as Drake watches in the background. They caress each other but are unable to take things further, reflecting the limitations caused by distance. 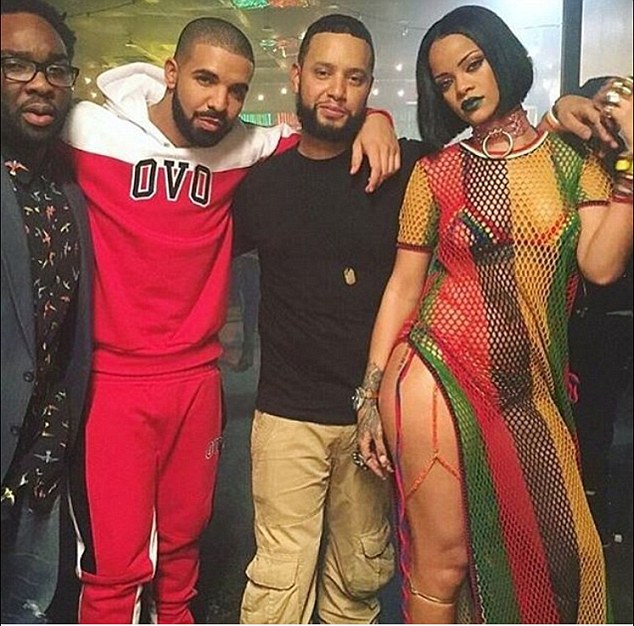 In a time when the rights of immigrant workers are threatened by the political scene, Rihanna steps up to defend her compatriots. She has succeeded in her own move from Barbados to America, but others still struggle, and she is bringing to light their effort and contributions. Rihanna’s music video for “Work” is not only an experimental artistic representation of her music but also a powerful political and cultural message.

—Staff writer Kay T. Xia can be reached at kay.xia@thecrimson.com