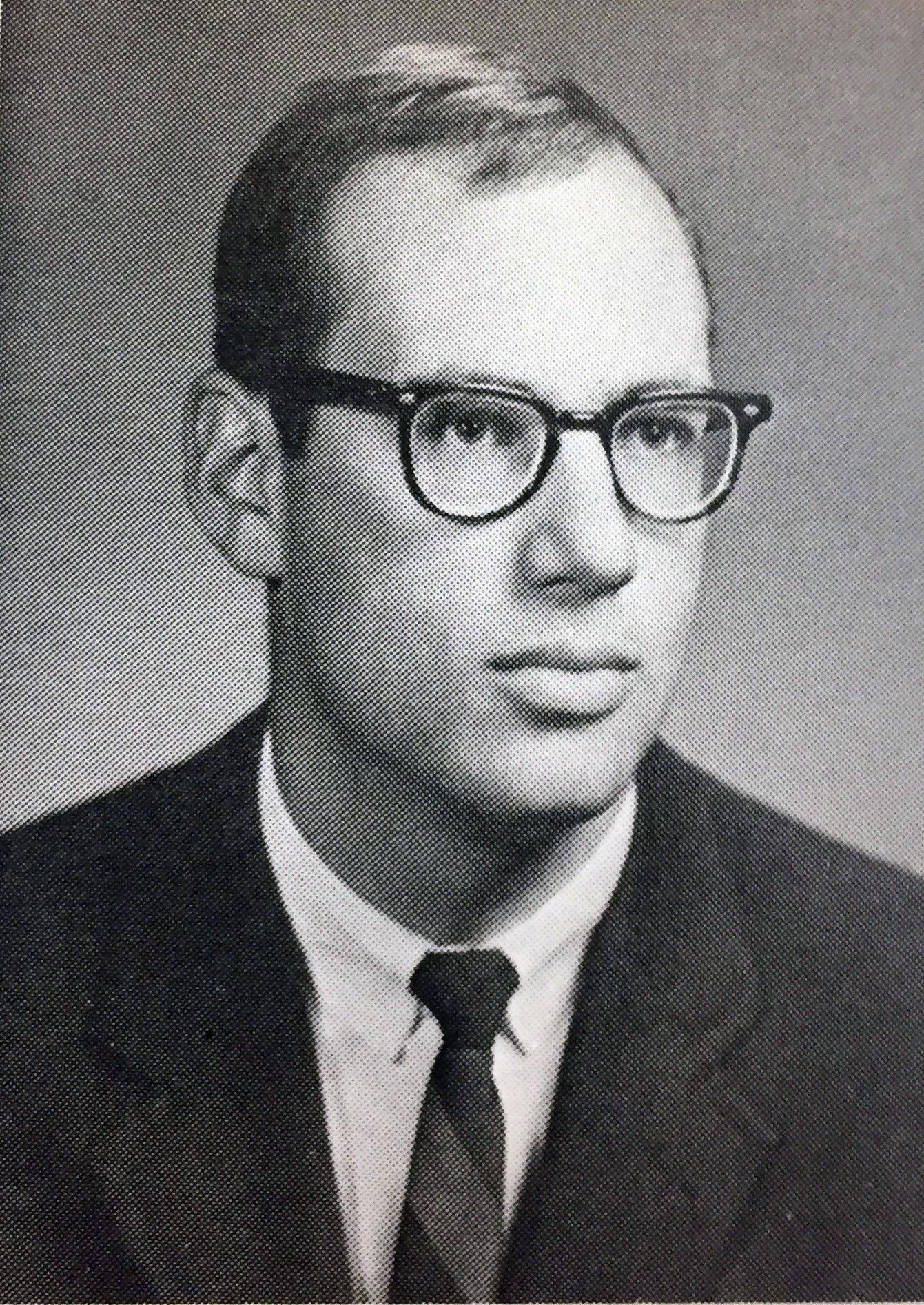 Stephen Joseph Bergman '66 is pictured during his senior year at the College, where he was a member of Leverett House. He is now a professor of psychiatry at Harvard Medical School and a famous writer under the pen name Samuel Shem.
By Renwick M. Wilson, Crimson Staff Writer

If he’s not scribbling an Rx on his prescription pad, Stephen J. Bergman ’66 might be writing an epic novel. The psychiatrist, better known under his pen name, Samuel Shem, has published a series of critically acclaimed novels. Many of them, like the popular 1978 novel “House of God,” which follows a group of interns through their residency at a fictionalized version of Beth Israel Hospital, satirize the medical industry.

Born in 1944, Bergman grew up in Hudson, New York. His father, Sig, was a dentist, and his mother, Rose Fuchs helped found the Hudson Area Library in 1959. Bergman attended Hudson High School, and when it came time to apply to college, he had his mind set on nearby West Point. His father, however, encouraged him to apply to Yale and Harvard, and he was accepted to both schools. 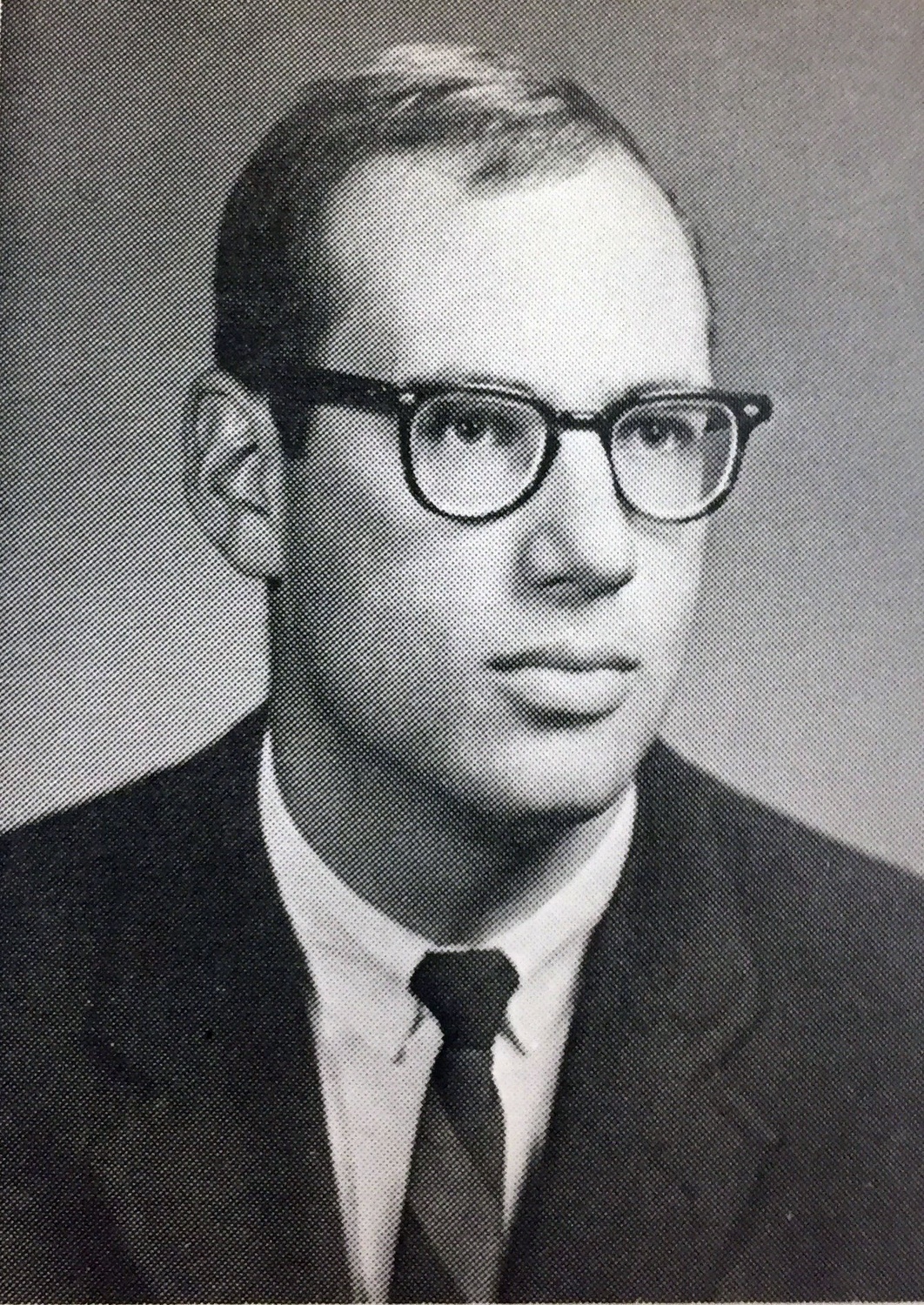 Stephen Joseph Bergman '66 is pictured during his senior year at the College, where he was a member of Leverett House. He is now a professor of psychiatry at Harvard Medical School and a famous writer under the pen name Samuel Shem. By Courtesy of Harvard Yearbook Publications

Bergman eventually quit basketball in order to devote more time to his academics. He did, though, find a way to balance golf with his academic responsibilities, and remembers his trips with the varsity golf team fondly. Bergman continued to play golf recreationally after his graduation from Harvard, and met the writer John H. Updike ’54 through the sport. They remained close friends until Updike’s death in 2009.

But while Bergman excelled in the lab and on the putting greens, he found less success as a writer. “I thought Harvard had taken me for my athletic ability since I thought I was the stupidest kid in my class,” said Bergman.

“That whole first semester of my freshman writing class the teacher, Ms. Heller, did not put a letter grade but wrote on the bottom ‘See Me’. When I went to see her, she looked at me and said this paper is too terrible to mark, ‘Below F’,” Bergman said. “She destroyed any idea in my mind that I could fulfill my dream to become a writer.”

In hindsight, Bergman thinks that turning away from writing while at Harvard provided him a “blank slate” to develop his own style later.

During his senior year, Bergman wrote his thesis on the biological basis of learning and memory. He also applied to Harvard Medical School, and interviewed with assistant psychology professor Daniel H. Funkenstein, notorious for his his unorthodox questions

During his interview Funkenstein asked Bergman, “Who do you admire most, Einstein or Churchill?”

When Bergman chose the latter, Funkenstein advised him to not to apply to a school “known for its science.”

Bergman was accepted to Harvard Medical School, but he turned down the offer to study at Oxford through a Rhodes fellowship. Bergman graduated from Oxford with a PhD in physiology at the height of the Vietnam War, and decided to reapply to medical school to avoid the draft.

“It was either go to war or go to med school,” he said.

This time, for his application, Bergman had to write a “brief and candid description” of his personality. “S.J. Bergman is helpful, friendly, courteous, kind, obedient, cheerful, thrifty, brave, clean and reverent,” he wrote, quoting the Boy Scout Law.

Even though Bergman had escaped the war, he did not escape the social turmoil erupting on campuses across the nation.

“After Kent State, the first year class commandeered the auditorium to vote whether to go on strike or learn the kidney,” Bergman said. The class never learned about the anatomy of the kidney.

Bergman graduated from Harvard Medical School in 1973, and completed his residency at Beth Israel Medical Center in New York. Bergman later became a professor of psychiatry at Harvard Medical School, a position he maintained for 35 years. During that time, though, he also found time to pursue writing.

Bergman, who has also written several plays, chose the pseudonym “Samuel Shem” to protect his patients. Much of his writing questions the assumption that doctors should maintain emotional distance from their patients, advocating instead for the development of honest, trusting relationships between medical professionals and those they treat. Bergman warns against the “danger of and risk of isolation,” while promoting “the healing power of good connections.”

Bergman’s most recent novel “At the Heart of the Universe,” departs from medical themes to explore the consequences of the one-child policy in rural China. Shem has also co-authored two books with his wife, Janet Surrey, a clinical psychologist.

In 2014, Bergman became the clinical professor of medicine in the Division of Medical Humanities at the New York University School of Medicine, a position that combines Bergman’s dual careers in medicine and literature.