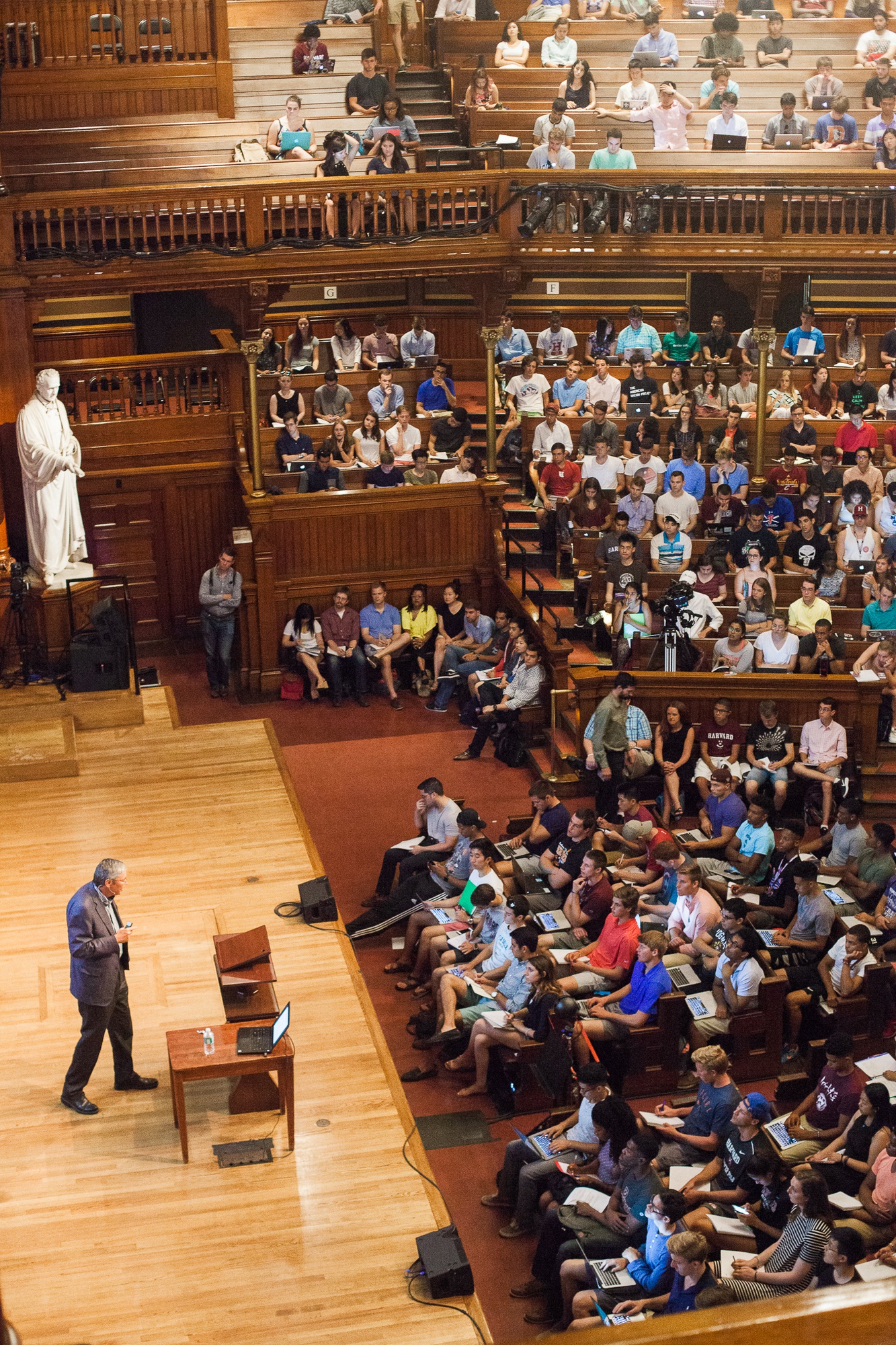 Students shop Economics 10a: "Principles of Economics," a perennial favorite, which meets in Sanders Theatre on Wednesday at noon.
By Ashley J Kim, Crimson Staff Writer

Undergraduates began the fall semester fighting for seats, with some students having to settle for floor space as crowded classrooms marked the start of the College's course shopping period.

Not every student was even fortunate enough to be in the room for English 188GF: “Global Fictions” in Sever Hall Wednesday. Indeed, many had to stand in the doorway and hall. 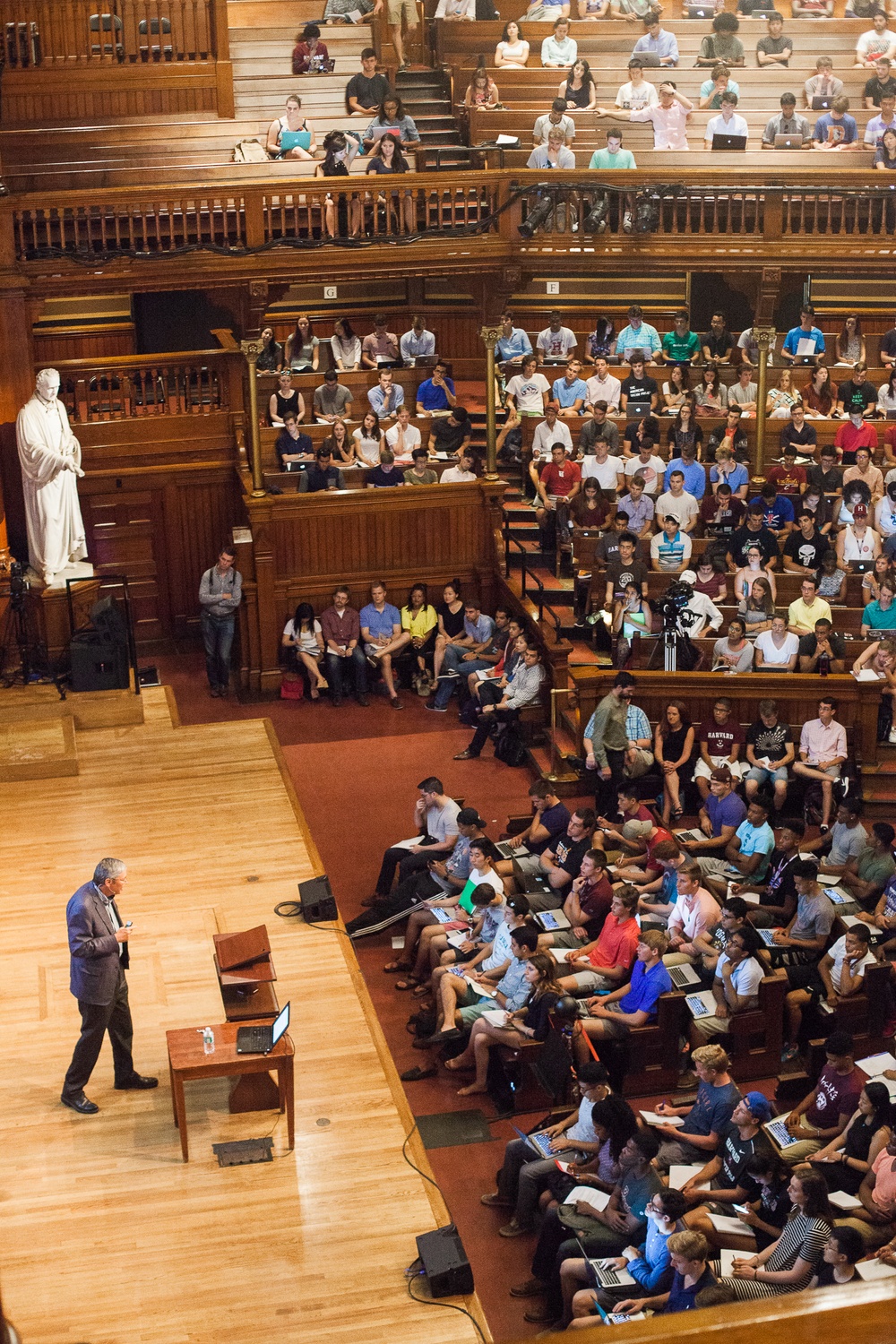 Students shop Economics 10a: "Principles of Economics," a perennial favorite, which meets in Sanders Theatre on Wednesday at noon. By Katherine L Borrazzo

“The room just kept filling up. There were people sitting on the floor, and I didn’t expect so many people to come to the first day of class,” English assistant professor Kelly M. Rich said. She estimated that at least 45 students attended her class.

“The energy in the room was really electric,” she said. “Although it could have been nice if everyone had a seat, I’m just getting used to shopping period, and I guess this is the way it goes.”

“I think it’s to be expected as people have a lot of interests and there a lot of course conflicts, and people are trying to navigate their interests and requirements,” Gray said. Although large classes can be a “turnoff” for her, she said it does not impact her course selection if a class is “truly enticing.”

In recent years, popular classes such as Economics 1010a: “Intermediate Microeconomics” or English 190we: “David Foster Wallace” have also attracted more students than their assigned classrooms could hold.

Ec 1010a drew a large crowd again this year. Students quickly filled the 300-person capacity Menschel Hall, lining the halls and outside staircase, said Maxim Boycko, a visiting lecturer in Economics who is teaching Ec 1010a.

“We didn’t have a single free seat and people were standing, but generally I would say the air was very nice,” Boycko said. “We are off to a great start.”

Boycko said he hopes to accommodate all students who show an interest in his class.

In addition to crowded classrooms, this year’s shopping period featured some attempts on the part of instructors to address recent changes to the General Education program.