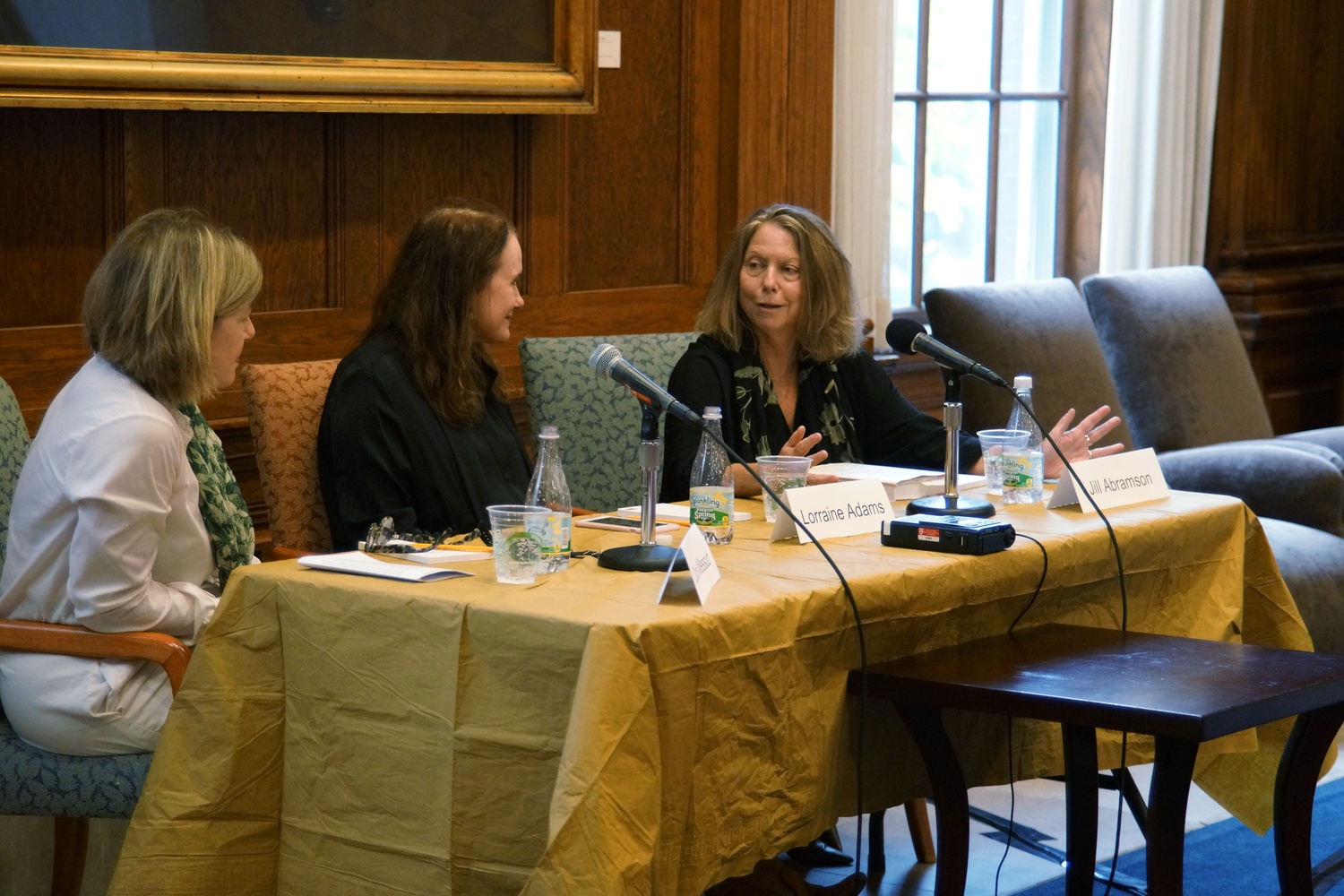 On Oct 24, Harvard’s English Department brought together three prominent writers on campus for “Fact or Fiction: Writing Journalism, Writing Literature.” Claire Messud, Lorraine Adams, and Jill E. Abramson ’76 each offered opinions on the art of storytelling, drawing on their professional experiences in the journalism and publishing industries.

Messud, Senior Lecturer of the English Department and New York Times bestselling author, served as moderator, asking Adams and Abramson a series of questions. Adams, a former investigative journalist and Pulitzer Prize-winning author, opened her story with Watergate. Watching the events unfold, she was inspired to pursue journalism, turning a historic political debacle into the story that launched her career. Being a teenager at the time of the scandal, Adams became more and more in love with the idea of journalism and cracking cases, she said.

Abramson also found a source of inspiration for journalism through tumultuous events in history. Nixon’s administration proved a critical moment in her journalistic career. While she was an undergraduate student here at Harvard, Abramson said that she wrote as a stringer for Time Magazine, covering the 1976 presidential race. After graduation, she continued to pursue journalism seriously and worked towards the top, eventually becoming the first female Executive Editor of the New York Times.

Both women spoke on their experiences becoming journalists and learning to love what they do. Adams said that she realized there was so much wrong with the world and so much to be done for the people who would never be able to speak for themselves. “I started being a voice. I was unable to be shut up,” Adams said.

Adams and Abramson both touched on the less glamorous sides of journalism, discussing the harshness of revealing facts to the public. As Abramson said, “The mission is to uncover the truth.”

Transitioning out of their endeavors in journalism, Abramson and Adams discussed what it meant to write literature and author their books. Abramson described it as a completely different sense of writing. Adams elaborated on this point, emphasizing that she wanted to express her style more.

“I became increasingly dissatisfied with journalism,” Adams said. “I feel what I write is getting at things that are new. What I wanted to do, and what I couldn’t do in the newsroom[,] was show individuality.”

Adams also went on to encourage students to pursue writing, be it journalism or literature. Though she addressed many of each form of writing’s distinctive qualities throughout the talk, she commended the importance of writing as both an art and a powerful tool for social change. She said, “I think we should write, but I can’t be the [only] one to do it.”