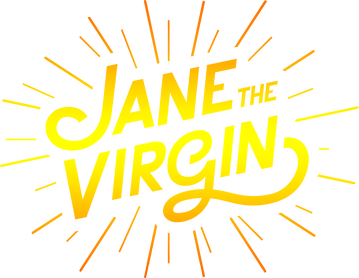 Although some of the show’s basics have changed in The CW’s “Jane the Virgin,” Season Four’s premiere is a reminder of why the show is so addicting and fulfilling. To recap, it has been several years since Michael’s death. Jane and her son, Mateo, are still living with Jane’s mother and grandmother. Rafael has been kicked out of the hotel by his sister, Luisa, who is still helping her lover Sin Rostro, a notorious drug lord. Despite the comedic flaws of the episode, the newest character—Adam (Tyler Posey)—and the changed love triangle make for an enthralling watch.

The season continues the unreciprocated romance between Jane and Rafael that has existed since the beginning. This grows tiring and repetitive as the writers attempt a subtle build-up of Jane and Rafael’s relationship, only to shut it down.

But the new love triangle between Jane, Rafael, and Adam is compelling. Adam represents a new beginning in Jane’s love life. He lives in a studio apartment and spends his days working as an up-and-coming comic book artist. Compared to the other male characters in the show, Adam is average. His friendliness goes hand-in-hand with the fact that he appears to have no baggage and no drama. Again, this is a brand new trait amongst Jane’s love interests, breaking the show away from its previous monotony.

Jane’s father Rogelio once again carries the show with his humor. His ego and self-centeredness is dramatic and a beloved trademark of the show. But at this point, I wish the show would get past that. The humor should be much more interspersed throughout the episode, rather than just reliant on Rogelio’s thick accent and flamboyant personality.

Despite this minor issue, “Jane the Virgin” still shines through in its commitment to an aesthetic. In every episode, the clothes of the characters are matched to their scene’s backgrounds, allowing for a soft, mellow, and easy feeling with the show. Prior to Adam, the show has been big on pastels and nautical colors. However, since Adam, there has been a new aesthetic added that is full of reds, blues, and denim, going for a harsher look. These aesthetics surprisingly balance each other out, helping introduce a grittier city setting to the otherwise summery world of “Jane the Virgin.”

While all the other characters are dealing with drug deals, hotel drama, and sibling hostility, Adam seems to be living a simpler life that is refreshing for a telenovela. With the possibility of an interesting love triangle, the season still promises to be worth the watch.