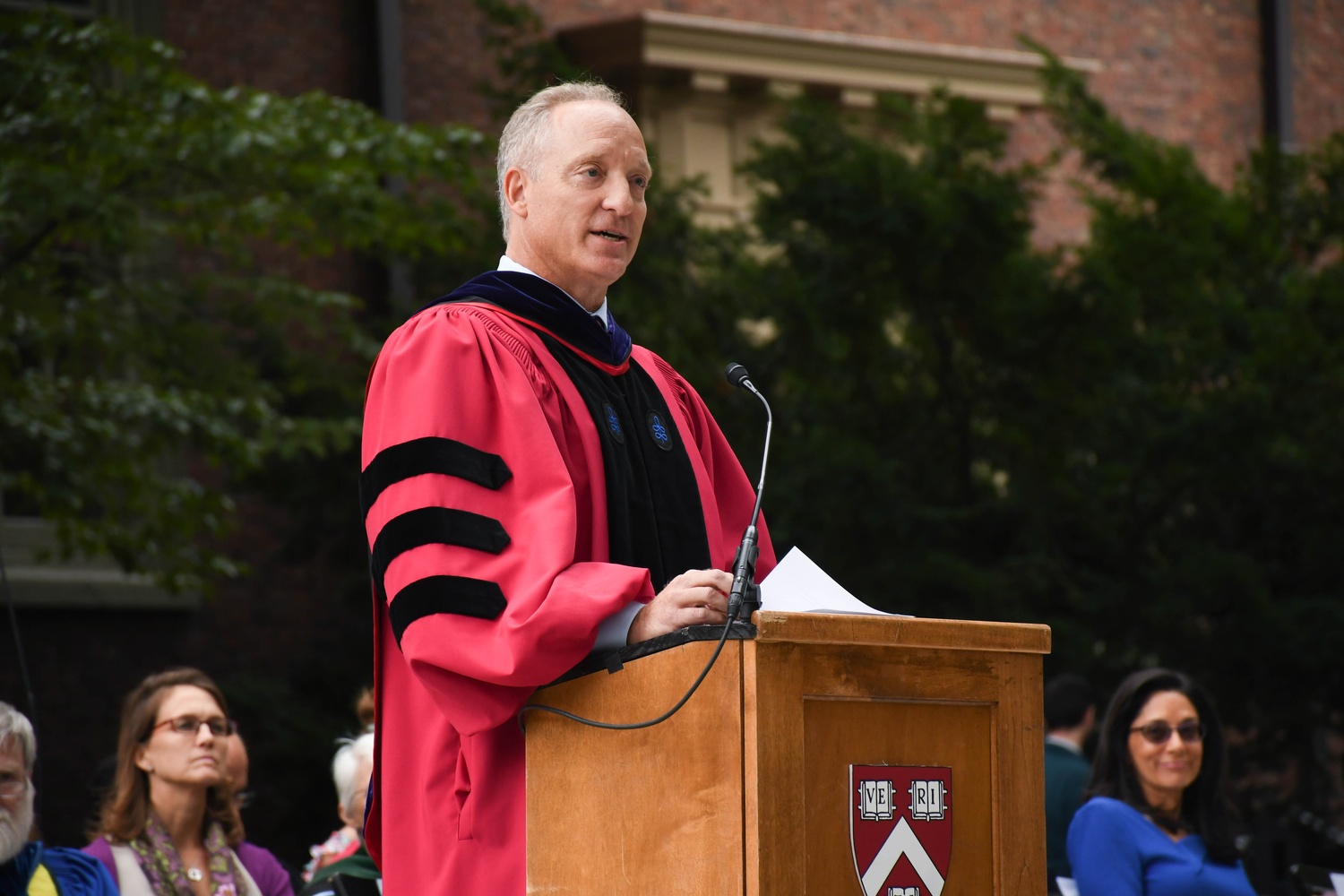 Dean of the Faculty of Arts and Sciences Michael D. Smith said he has no insider By Megan M. Ross
By Joshua J. Florence and Mia C. Karr, Crimson Staff Writers

Though Michael D. Smith said he was not aware of the possibility of his own candidacy to be Harvard’s president, he has spoken informally with members of the committee tasked with choosing the next president in his capacity as Dean of the Faculty of Arts and Sciences.

“I have no insider knowledge of what the search committee is doing,” Smith said. “I’m sure they’re looking at lots and lots of people.”

Last month, Michael T. Kerr ’81, one of the co-chairs of the Harvard College Fund Executive Committee who said he knows many search committee members “very well,” said Smith was one of the strongest internal candidates to replace University President Drew G. Faust when she steps down in June. The other possible internal candidates include Business School Dean Nitin Nohria, Government professor Danielle S. Allen, and University Provost Alan M. Garber ’76.

“I have talked to members of the search committee when they’ve asked for my opinion about what qualities in a candidate and what opportunities face the institution and how might they think about identifying a fantastic next president for us,” Smith said.

Smith said he has not formally met with the faculty advisory committee for the presidential search, which includes five members of FAS and is chaired by Dean of Arts and Humanities Robin Kelsey.

Many alumni, donors and experts have said that dealing with the University’s finances will be a major task for the next President. As Dean of FAS, Smith has worked to fund major projects like undergraduate House renewal and the expansion of the School of Engineering and Applied Sciences campus into Allston. Recently, Smith announced that he had restructured FAS’s debt to the University to allow for more financial flexibility in the coming years.

Smith said that he expects Harvard’s next president to have experience in financial management. He said that Faust’s efforts to stop various Congressional policy proposals, including a tax on endowment returns and cuts to federal research funding, is “an ongoing battle.”

“The next president is going to be facing the same set of questions because of the issues that we’re facing at the national level today,” he said.