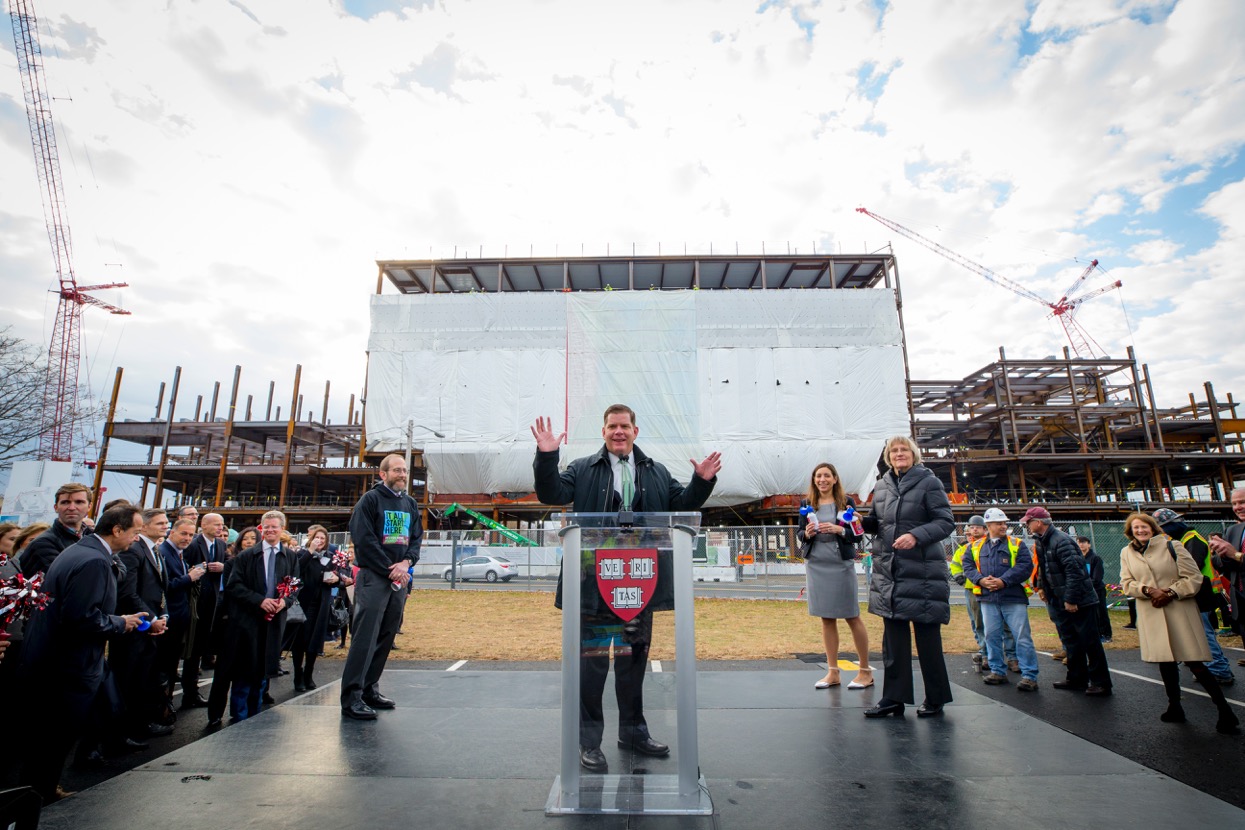 Boston city officials, Harvard administrators, and Allston residents gathered together Wednesday to place the final beam on the School of Engineering and Applied Sciences’ new seven-story complex in Allston.

Speakers at the ceremony included Francis J. Doyle III, dean of SEAS, the complex’s architect Stefan Behnisch, Vice Chair of the Board of Overseers’ Executive Committee Tracy P. Palandjian ’93, and Shaun Donovan ’87. They discussed the future of the University and Allston.

Donovan, former U.S. secretary of Housing and Urban Development, was named senior strategist and adviser to Faust on Allston and campus development in September.

While construction is on schedule for a fall 2020 opening, the University’s development plans in Allston have not been without disruption in the past. During the recession of 2009, the University halted construction of the complex, proposing a revised institutional master plan for Allston in 2013.

In the proposal, Harvard outlined its plans in Allston for the next decade. Above-ground construction of the 500,000 square foot facility began again in July 2017, and construction appears to be on schedule. The complex will house two-thirds of SEAS—more than 1,800 students, researchers and faculty.

SEAS spokesperson Paul Karoff said that though there is still work to be done, he is excited about the progress of the project.

“It’s obviously a great milestone and we’re something just under 1000 days before the first day of classes, when the Class of 2020 will be the first group of students to enjoy the fabulous new building,” Karoff said.

Standing atop the steel framework, construction crew members revealed a large banner on Wednesday: “It all starts here.”