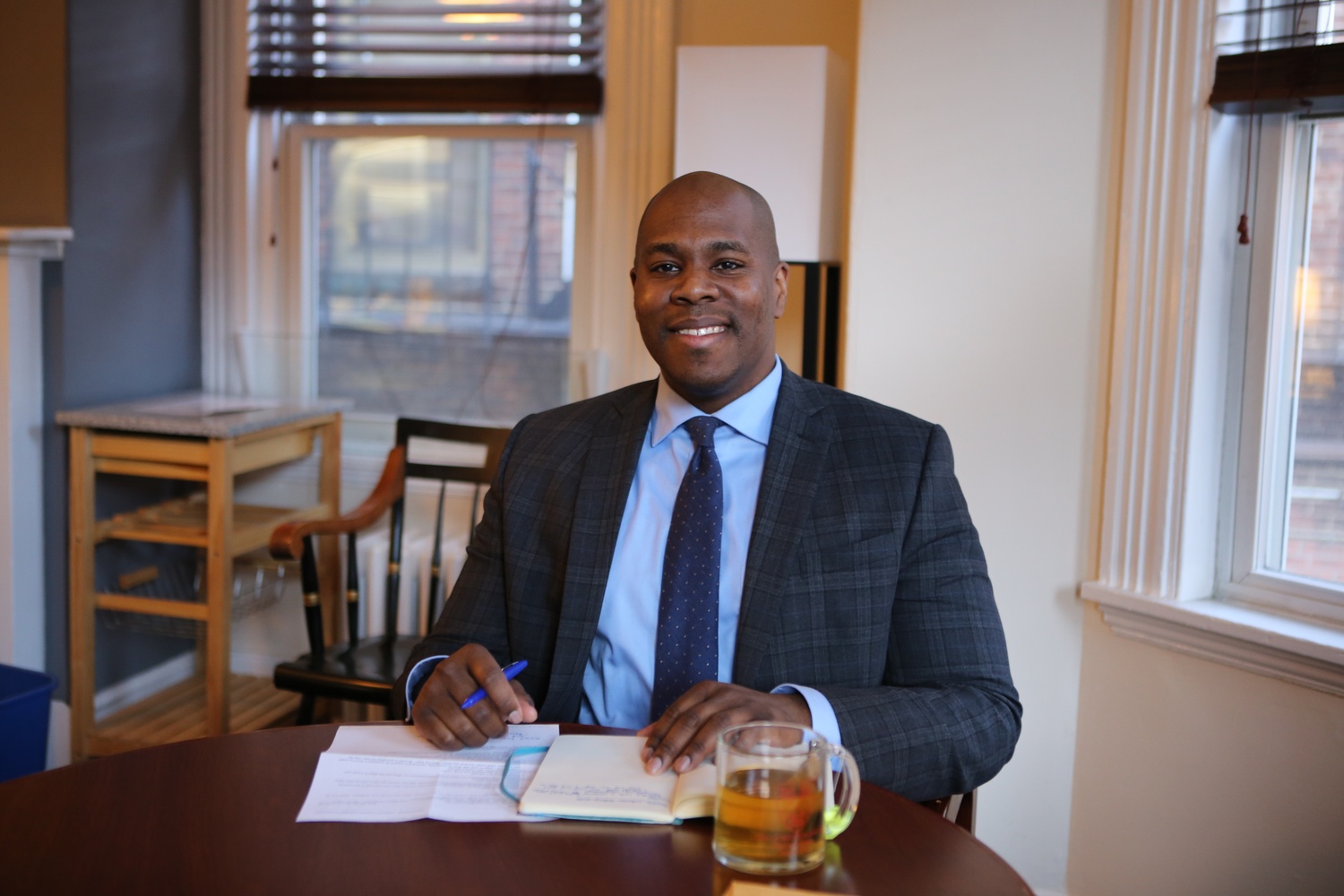 The son of a conservative Christian family, and a devout Christian himself, Sheehan Scarborough spent much of his early life struggling to reconcile his sexuality and “very conservative” religious upbringing. By Cynthia Guo
By Margot D. Dionne, Crimson Staff Writer

As Divinity School graduate Sheehan D. Scarborough ’07 takes the reins at the Office of BGLTQ Student Life, some members of Harvard College’s faith groups say they welcome the discussions of religion and sexuality Scarborough aims to foster.

In his time at Harvard, Scarborough has worked to help students reconcile their faith and sexuality: an initiative he co-founded at the Divinity School, for example, supports students from religious backgrounds in coming out.

Now weeks into the job as director, Scarborough—who grew up in a conservative Christian family—said he will continue to lead discussions about religion and BGLTQ student life.

Members of several of the College’s religious affinity groups say they welcome those conversations.

Talia Weisberg ’17, a member of Harvard Hillel, said the group looks to make Judaism an accepting faith for all. Weisberg noted that Hillel also has a sub-group called BAGELS, which specifically deals with issues of sexuality and BGLTQ student life.

Hanaa Masalmeh ’18, a student in the Harvard Islamic Society, said she has found the group a positive resource to discuss sex and sexuality. Growing up, Masalmeh said, she found discussions of sexuality to be “taboo” and “embarrassing,” but her time at Harvard and in the Islamic Society has allowed for more fruitful and honest conversations.

“The fact that there are people of my age, people of my background that I can discuss these issues with is something that’s really been formative for me because I have this soundboard,” she said.

For other groups, like the Catholic Student Association, discussing BGLTQ identities can be difficult because it may contradict with traditional religious teachings.

“The vast majority of us Catholics have struggled at times with the question of ‘am I really Catholic if I don’t believe ‘x,’” said Justin S. Sanchez ’17, the president of the Catholic Student Association. “While there is no minimum amount of ‘Catholicness’ you must posses in order to be a member of the CSA or or come to CSA events, there is a certain amount of adherence to orthodoxy that comes with being Catholic.”

Still, Sanchez added that he welcomes discussions with BGLTQ groups about sexuality and identity.

“I believe more dialogue between CSA and LGBTQ groups can be edifying and beneficial for many people,” Sanchez said, adding that he believes the traditional Catholic stance against non-straight relationships “is not going to change.”