This Just In: ‘There Are More Beautiful Things Than Beyoncé’ 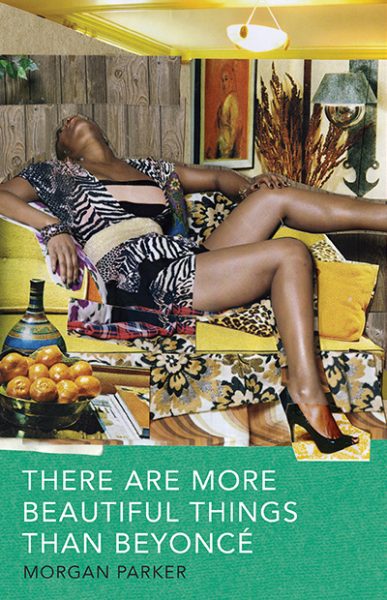 “For fifteen. For eighteen. For nineteen, twenty-two.” These numbers span the ages of the women Morgan Parker speaks to in her latest work. Morgan Parker’s self-reflective poetry collection “There Are More Beautiful Things Than Beyoncé” is the anthem of a young black woman coping with the challenges of growing up. The book moves from poems entitled “We Don’t Know When We Were Opened (Or, The Origin of the Universe)” to “Beyonce Prepares a Will” and its penultimate entry, “Funeral for The Black Dog.” Parker uses the cryptic names of her poems to structure her book around the passing of time, consistent with the anxiety of growing old that she expresses throughout. Recipient of the 2017 National Endowment of the Arts Literature Fellowship and the 2016 Pushcart Prize, Morgan Parker delivers once again with this newest book, a daring look at what it is like to come of age in America.

Despite her book’s raw intimacy, Parker still creates a subtle distinction between writer and speaker in each poem. While her poems are emotional and her speaker unsure of who she is, Parker demonstrates a deep knowledge of literary and popular culture, an impressive command of her art form, and a sharp wit. She seamlessly stitches together allusions to T. S. Eliot, classic film, and modern music, portraying a speaker who struggles to find her place in the world. Parker even structures one of her poems, “The Book of Negroes,” after the jazz classic “Summertime,” paying tribute to a genre invented by African-Americans. By changing the song’s original lyrics, Parker cleverly and ironically calls attention to the appropriation of black culture that her speaker experiences daily.

“There Are More Beautiful Things Than Beyoncé” is saturated with commentary that shows its awareness of social issues and their effect on youth. The speaker worries about body image and fashion, struggles to discern which flaws are acceptable, and manages her poor mental health. She angrily identifies in herself “a quiet, calculated shame,” the result of the institutions around her. In “99 Problems,” Parker compiles a wide-ranging list of issues, identifying the complex problems of the prison system, misogyny, the institution of marriage, and a woman’s right to say “no” as well as smaller concerns like hangovers and dating. By interspersing both societal and personal problems in her list, Parker validates small worries. She asserts that no matter how inconsequential our struggles may seem to the world, if they affect us, they are valid.

In “There Are More Beautiful Things Than Beyoncé,” Parker fearlessly examines the things that society takes for granted. The sky, which is “so overused because no one’s sure of it,” is included in her list of things more beautiful than Beyoncé. Parker also subverts societal expectations with cliché twists that force readers to reevaluate their own assumptions. The speaker makes her bed and has sex in it, too; she kisses herself hello.

Parker achieves a similar aim with her surprising use of enjambment. By separating a single idea into two separate lines, Parker creates phrases that, read in isolation, have dramatically different meanings. This results in concurrent double meanings that add complexity to otherwise simple sentences. For example, the poem "Beyoncé in Third Person" contains the line "We all got high," conveying the speaker's need for escape. However, the following line "levels of entitlement in our veins" allows a whole new interpretation of Parker's words and adds a subtle metaphor about the drug-like effect of our entitlement. In using this technique, Parker expresses the concern that people like the speaker, taken out of the context of their background, or judged without considering their entire story, will also be misread.

Morgan Parker’s latest release is a book of intimate poems that are simultaneously deeply personal and attentive to broadly relevant issues. Race, gender, sexuality, and religion are just a few of the topics Morgan Parker tackles in her ambitious collection. Her frank, relatable evaluation of 21st-century women is both a critique of society and a hope-filled wish for a better future. Queen Bey is on a level we all aspire to reach, but she is not the pinnacle. Parker’s bid for individuality empowers readers by validating their messy, unglamorous lives and imbuing them with the with the knowledge that there are better things than Beyoncé.