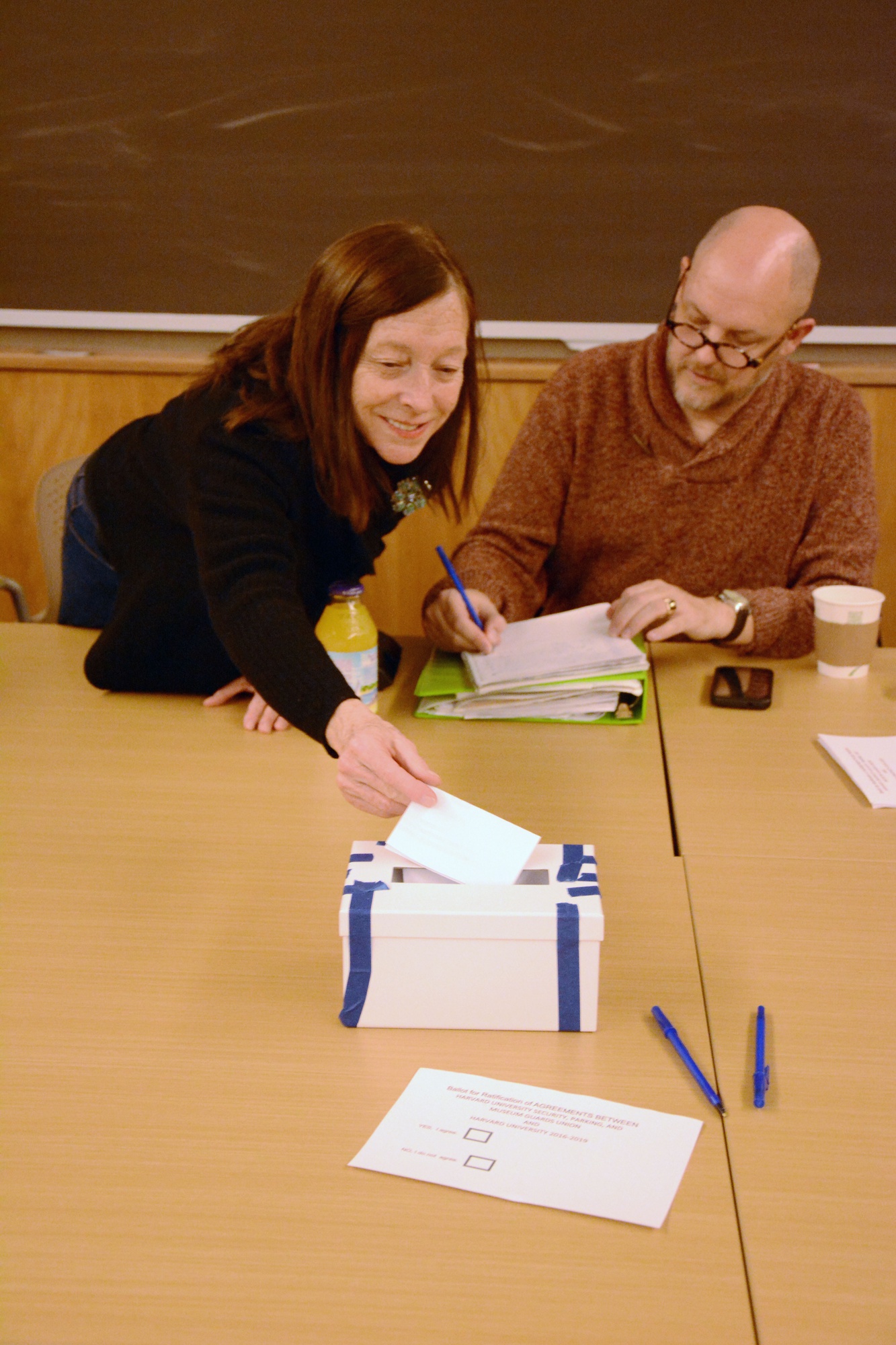 Forty-six members of the 80-person union voted to adopt the contract, while two voted against the contract and one worker was undecided, according to Curt E. Rheault, a union organizer. Many union members did not vote during the two voting sessions that the union held on Monday because of conflicts with work, and the union only counted ballots from members who voted in person. 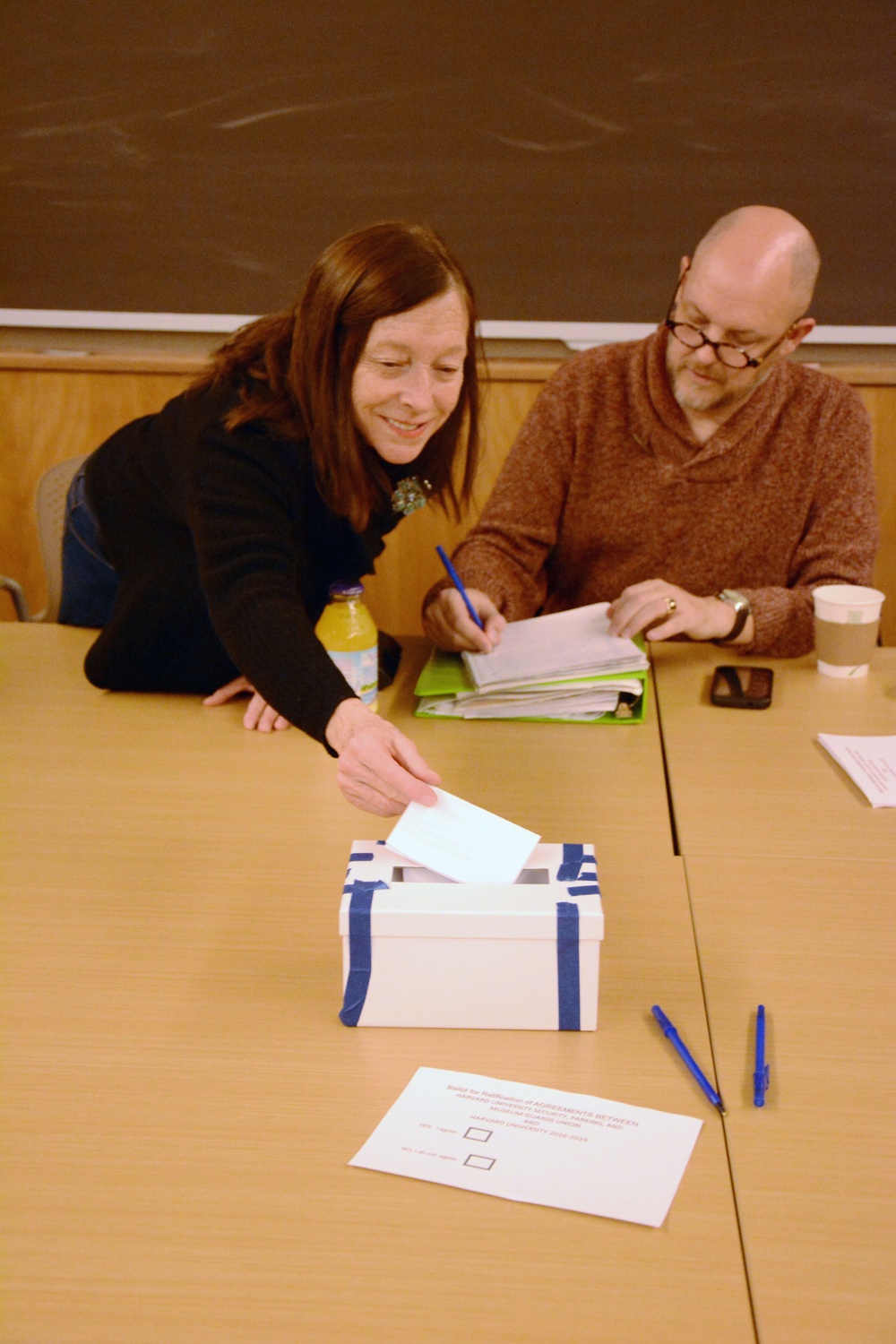 The University and HUSPMGU reached an agreement on the contract last week after months of negotiations.

Rheault said that this contract was the first in 14 years that provides HUSPMGU workers with benefits comparable to those available to members of other Harvard unions. For many union members, “this was the first contract where the union hadn’t fallen behind,” Rheault said.

“The HUSPMGU agreement is consistent with other represented groups on campus and provides competitive wages and benefits to those in the respective industries—in this case, Parking and Museum Attendants,” she wrote.

In addition to increasing pay, the contract lowers the cost of health care for HUSPMGU members. On Jan. 1, 2018, the union’s premiums will decrease from 15 percent to 13 percent while cost of co-pays will rise.

To help union employees afford the higher costs of co-payments, the new contract creates a flexible spending account that contains money workers can spend on medical expenses.The University will add $275 to each individual’s account every year starting in 2018.

The new contract will also compensate Museum employees who staff events at an increased rate and provides union members with access to cheaper parking spaces near Harvard Square.

“We asked the members what they liked about and I think what they liked most was that we negotiated for such a long time and they thought we probably got the best we could have gotten,” said Rheault. “They liked the fact that we worked really hard.”

The new contract will be applied retroactively to union members starting on July 1, 2016 and will last until July 1, 2020.