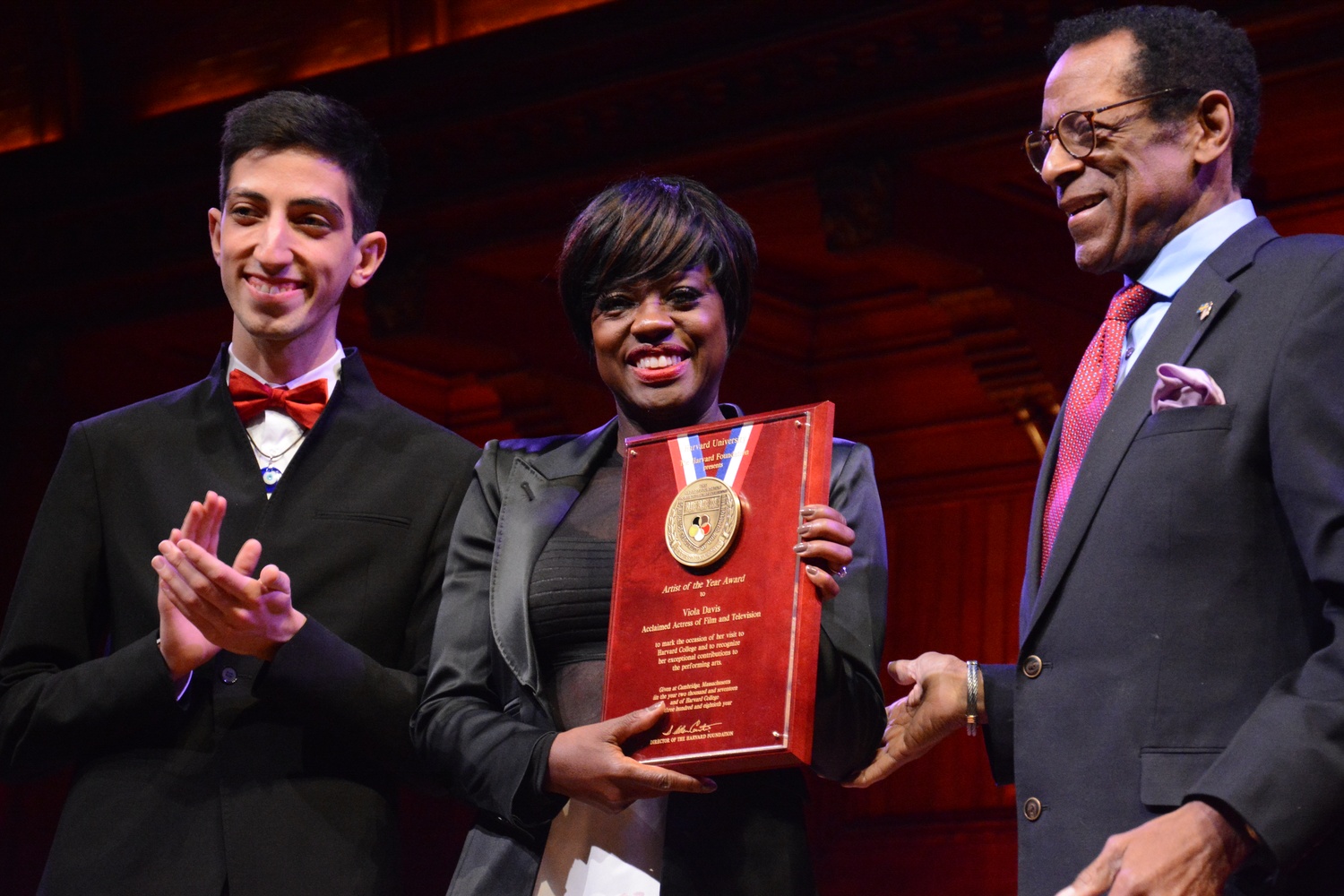 UPDATED: March 6, 2017 at 12:05 a.m. Viola Davis spoke to a sold-out Sanders Theatre audience at the Harvard Foundation for Intercultural and Race Relations’ 32nd annual Cultural Rhythms festival, which featured a week-long conversation series in addition to musical performances at the Saturday show.1321227

Davis, an Oscar-winning actress named the Foundation’s 2017 Artist of the Year, spoke at Cultural Rhythms about her time in Gambia, where she studied West African culture and art. Davis said she was inspired by a particular ritual in the country, in which women unable to conceive children would ask God for fertility. Davis said she found the ritual to be similar to the life of an artist, in that art often confronts difficult and “shameful” parts of life.

“I want them to feel less alone. I think Picasso was one who said, ‘I paint because I want to show people what’s going on behind the eyes,’ and that’s the power of what I do,” Davis said in her speech.

During the show, Davis also watched performances from some of the College’s artistic and cultural groups, such as the Asian American Dance Troupe, Bhangra, and the Kuumba Singers of Harvard College. For co-directors Cengiz Cemaloglu ’18 and Olutoyin Demuren ’18, Cultural Rhythms aimed to “honor and celebrate the diversity of Harvard” through artistic expression.

Cemaloglu said Cultural Rhythms attempts to “cultivate, complicate, and celebrate” a view of culture that all people create and “in turn, creates and re-creates us.”

“We don’t need to not only celebrate our identity and where we are coming from, but we have the obligation to celebrate other peoples and their identities and cultures, to collectively live together,” Cemaloglu said after the show.

Jonathan S. Roberts ’17, who co-hosted the show with Karen Chee '17, called Davis a “pioneer” and “trailblazer” in the arts in his closing remarks.

“I think that’s what Viola Davis really means. It means that little black girls can wake up in the morning and say, ‘Well, I can be an actress too, right? I can do what she did,’” Roberts said.

For the second year, Saturday’s performances were preceded by a week-long dialogue series, which covered topics involving art and race relations.

According to Jess J. Erion ’19, an intern at the Foundation who co-directed the dialogue series, the week’s discussions were meant to create space for “substantive conversation that is directed towards action.” Erion said the Foundation worked with other College groups, like the Harvard College Women’s Center and Office of BGLTQ Student Life to ensure multiple dimensions of identity were included in the programming.

To conclude the week, the Harvard Foundation co-hosted a town hall with College administrators to field students’ questions on diversity initiatives at Harvard and devise a plan of action to address concerns.