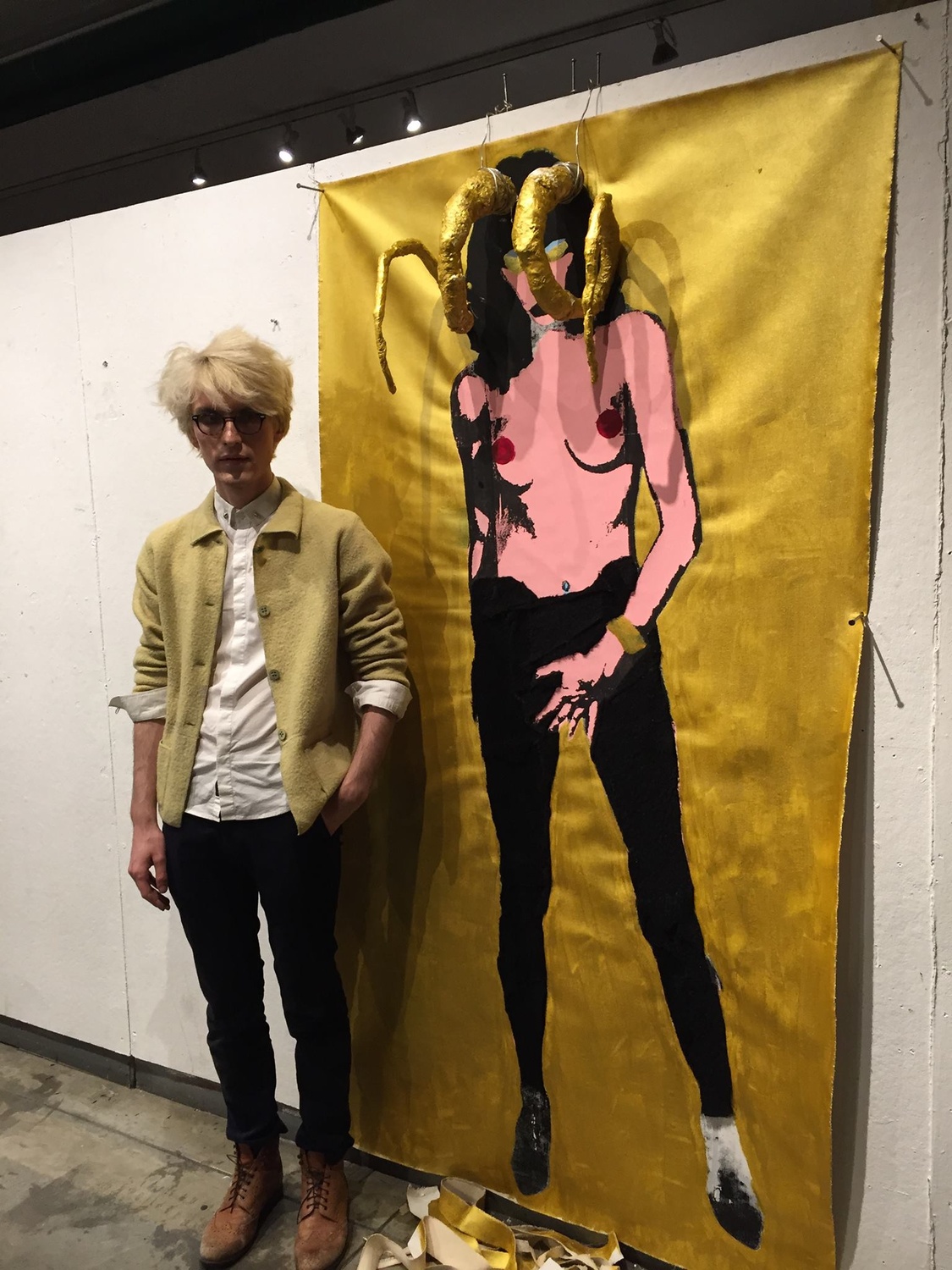 Philip A.N. Chowdry ’19 has produced a number of artworks that deal with current political issues, especially the presidency of Donald Trump. His recent work “The Melania,” which was on display at The Harvard Student Art Show this year, reflects the media’s portrayal of Melania Trump, and “Our Vendetta,” an ongoing series, takes the form of protest posters and have been distributed around Harvard Square. The Crimson sat down with him to discuss his inspirations and working process.

The Harvard Crimson: What was your reaction when you first heard about the election result?

Philip A.N. Chowdry: I actually was not that surprised. I already viewed Trump as the result of a long line of postmodernist phenomena, when you reach a point when postmodernism becomes so extreme, and relativism becomes so extreme that it can lead to someone living in their own version of reality and not having to accept some sort of true reality. To a certain extent I endorse that. If I on a very hedonist level want to eat, sleep, and f***, then I’m going to endorse whichever candidate forms the reality that allows me to eat, sleep, and f*** the most. Why not? I only care in regards that [other] people also have their rights to form their own reality and they are being infringed upon. That’s my greatest fear about Donald Trump, as well as the ineptitude of anyone to really combat him on the ground of “Look, I’m more informed, I’m more knowledgeable. These are the truths. These are the facts.” At the same time, I’m kind of curious how it goes. I think there is a massive change. Something will happen after postmodernism. I don’t know if it’s going to be a swing back, but I’m interested to see if anything will happen.

THC: So you think of Trump as the end of postmodernism?

PANC: You can say it’s the ugly side of it. It’s the side that makes people most comfortable, when I can’t shake someone and say “This is the real world.” Going back all the way, Plato wrote that we needed the Ideals so that when I say strawberry, you’ll have basically the same Ideal and it allows us to communicate. But if you throw all that out of the window, I can say strawberry to you as many times as I want to, and that’s not going to change your conception of strawberries. So Donald Trump to me is just inevitable.

THC: What would you like to achieve with your Trump-related works?

PANC: I see a lot of people trying to combat Trump, and I think certain components of it don’t really have the ability to combat him. For example, if I attack someone in a protest, that completely superficializes what is at least claimed to be something that has depth. A lot of my works are making moral indictments about that. They are saying, “You view yourself as the complete opposite of this group, when really you’re basically the same in many senses.” You do form your own sense of reality, for example.

A lot of the works in my new series, “Our Vendetta,” are tongue in cheek. One of them says “We did not ask for an orange as president. Oranges are for crushing into juice. Now we make orange juice.” This obviously is a joke about Trump’s bizarre, orange face, but it’s also almost a reference to assassination. I want to check what I see as what people blindly follow. 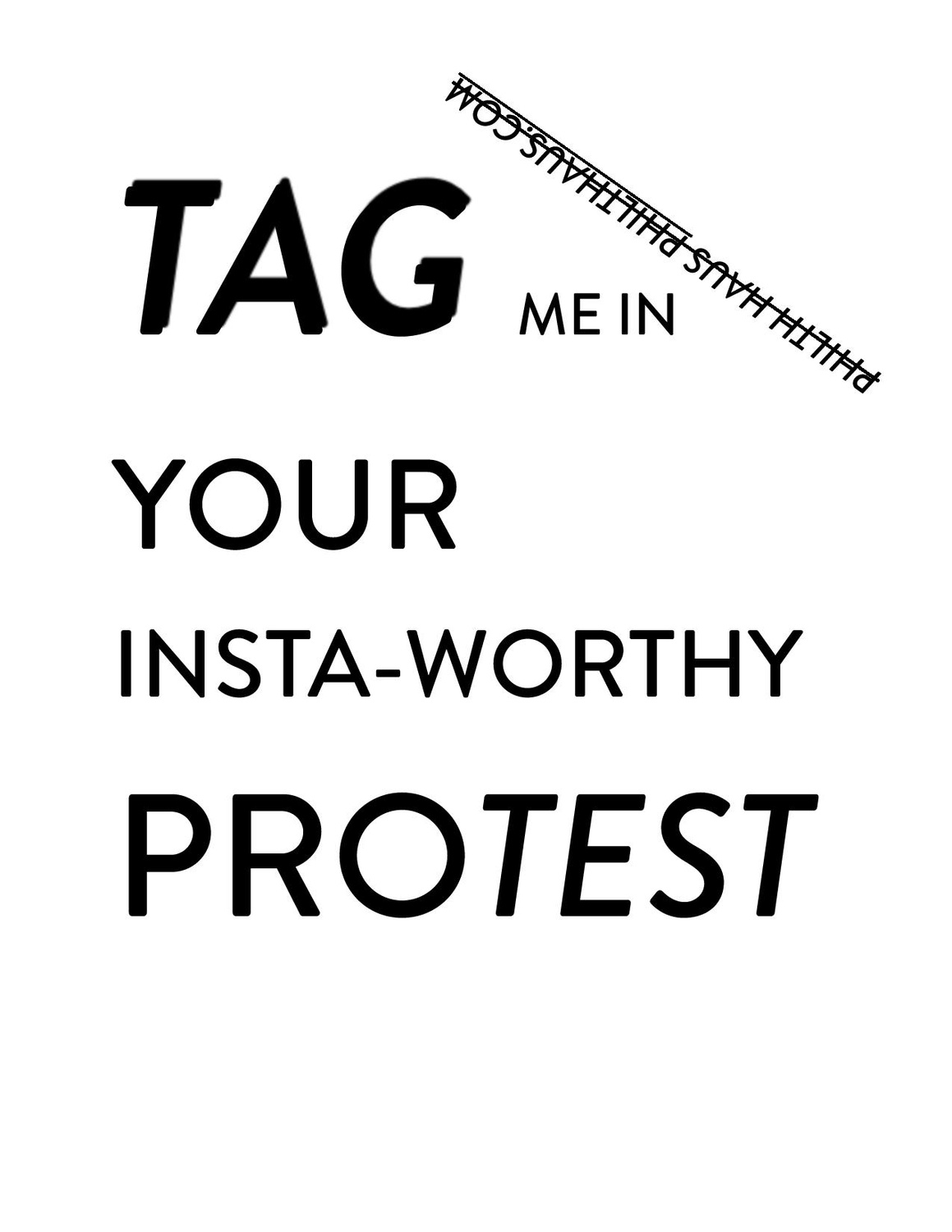 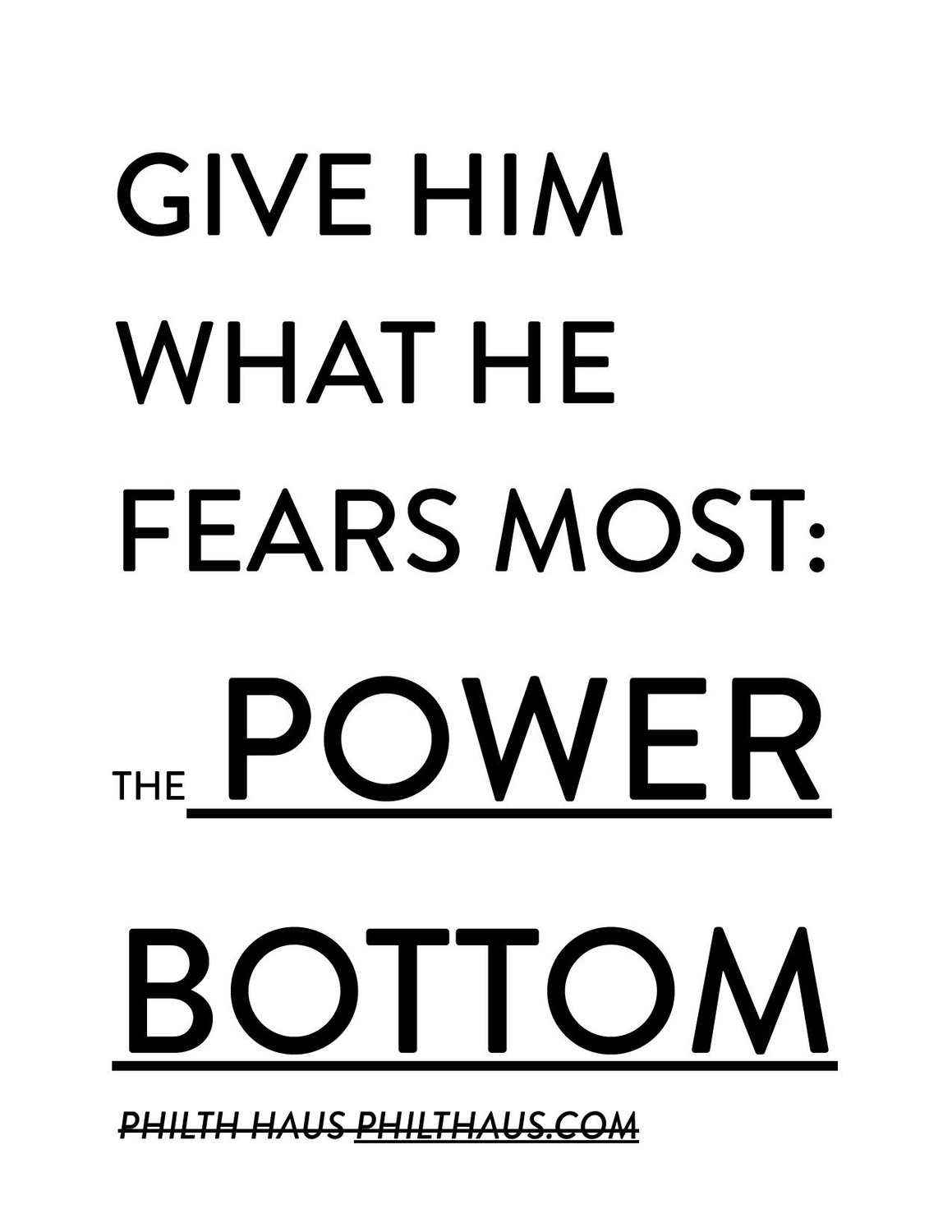 I read on Facebook a ten-page treatise of why Trump is bad. I just view that as a bizarre form of narcissistic, superficial protest that doesn’t have any facts at the end of the day. You can say maybe it inspired some people, that some people would read the whole treatise, but I just don’t believe those forms of protest are effective. … There’s something about Facebook that pushes protests to the degree of Popism that completely removes visceral reality. When you bring things to such superficial level, you know that you don’t have the ability to change the system beyond the pleasuristic activities of “I really like this argument. I’m going to comment something.” There’s no internal introspection. You’re just adding to your facade. You’re not going to convince someone’s opinion by calling them idiots over and over. There are some Trump supporters who are complete racists, white supremacists, but at the same time you can’t convince them not to be white supremacists with derisive comments. There may be no way to convince white supremacists, but the closest you can get is when you at least try to empathize with them. Otherwise you’re just gonna say, “This person is a white supremacist. That’s her facade. I’m going to produce my own facade that says ‘f*** you’.”

THC: “Our Vendetta” is mocking that kind of language.

PANC: It is in a way mocking our language. On Harvard’s campus, there are some Trump supporters, but the predominant view is definitely anti-Trump. So part of it is, “Who’s my audience?” … “Our Vendetta” polarizes people, and I think some polarization now, particularly in small groups like Harvard that share such a homogenous ideology, leads to questioning of your community: “I thought I was really anti-Trump, but this is so extreme. Is it wrong if I reject this? If I do reject this, what is my true belief? Do I really want to follow these ideals to their end?” ... It produces a sense of discontinuity in your reality, a sense of unease. Then for a moment they at least check their reality as relativistic.