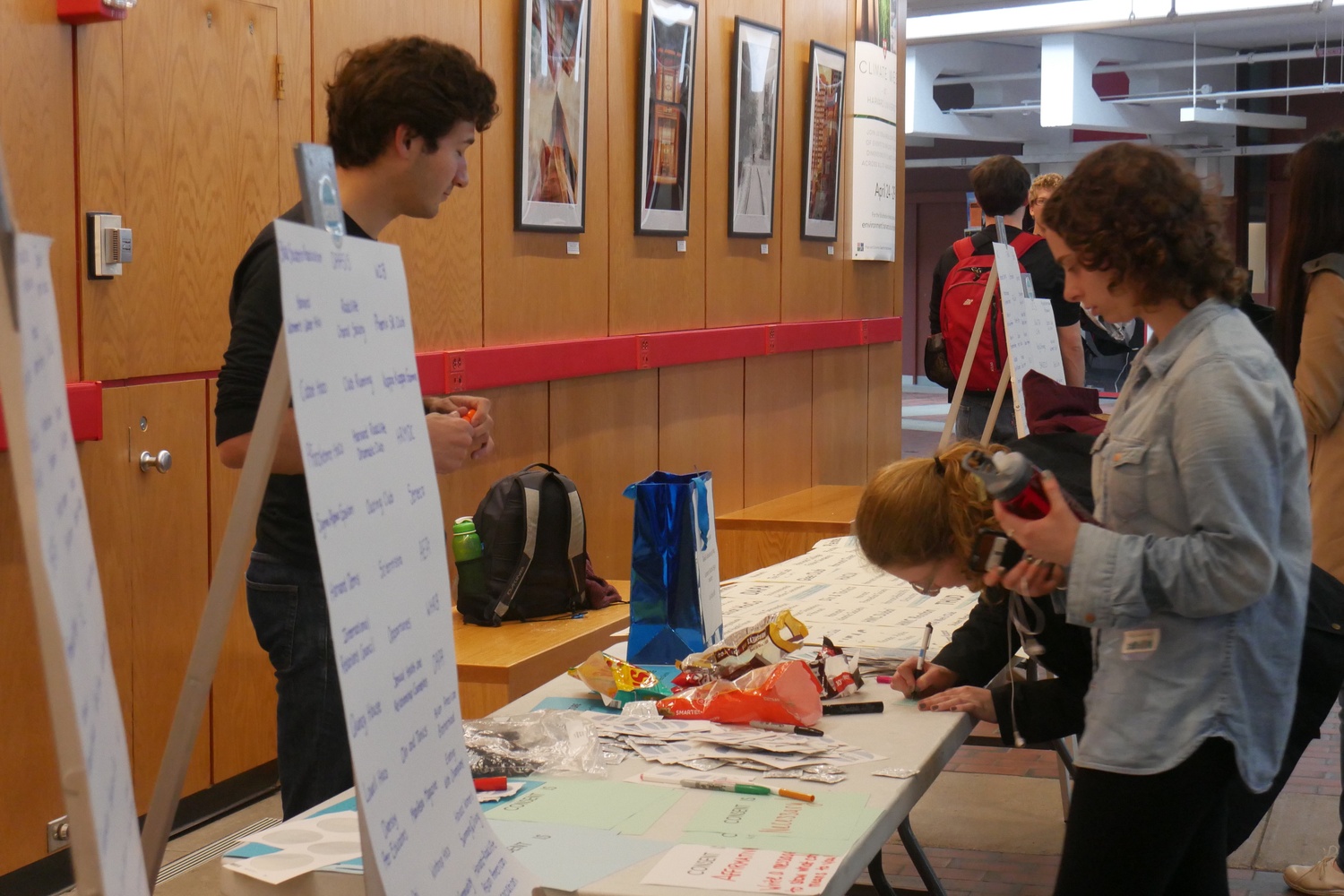 The campaign Harvard Wears Denim took place Wednesday, with individuals and student organizations pledging to stand in solidarity with survivors of sexual assault and pledging to confront rape culture. The event was led by the Office of Sexual Assault Prevention and Response (OSAPR) and Consent Advocates & Relationship Educators (CARE). By Amy Y. Li
By Margot D. Dionne, Crimson Staff Writer

Donning denim shirts and jeans, dozens of students flooded the Science Center Tuesday in a demonstration against sexual assault.

The Consent Advocates and Relationship Educators and the Office of Sexual Assault Prevention and Response organized #HarvardWearsDenim, which was a part of Peace Over Violence’s International Denim Day. The event came at the tail end of sexual assault awareness month, a month-long series of events that also included a launch party for Sexual Literacy, an online sex, relationship, and consent advice column.

“Survivors deserve dignity, respect, and justice, and we’re going to work together to do better,” CARE member Julia B. Wiener ’19 said.

International Denim Day is an annual event created in response a 1998 Italian Supreme Court decision to overturn a rape conviction on the grounds that the woman was wearing tight jeans when she was assaulted. The next day, women working in the Italian Parliament wore jeans to show support for the victim, according to the Denim Day website.

Event volunteers stood in the lobby of the Science Center handing out stickers, condoms, flyers, and candy. Later in the day, volunteers held a raffle to win sex toys, a J.P. Licks giftcard, and a giftcard to Garment District. Students also wrote notes of support and encouragement about sexual assault prevention and took photos with their statements in a photo booth.

“Everyone can come and take a picture with their solidarity statement and be really vocal about how they support survivors,” Wiener said.

Weiner said she hopes that people will continue showing support even after Denim Day and sexual assault prevention month are over.