With House Renewal, Students Move In and Cockroaches Move Out 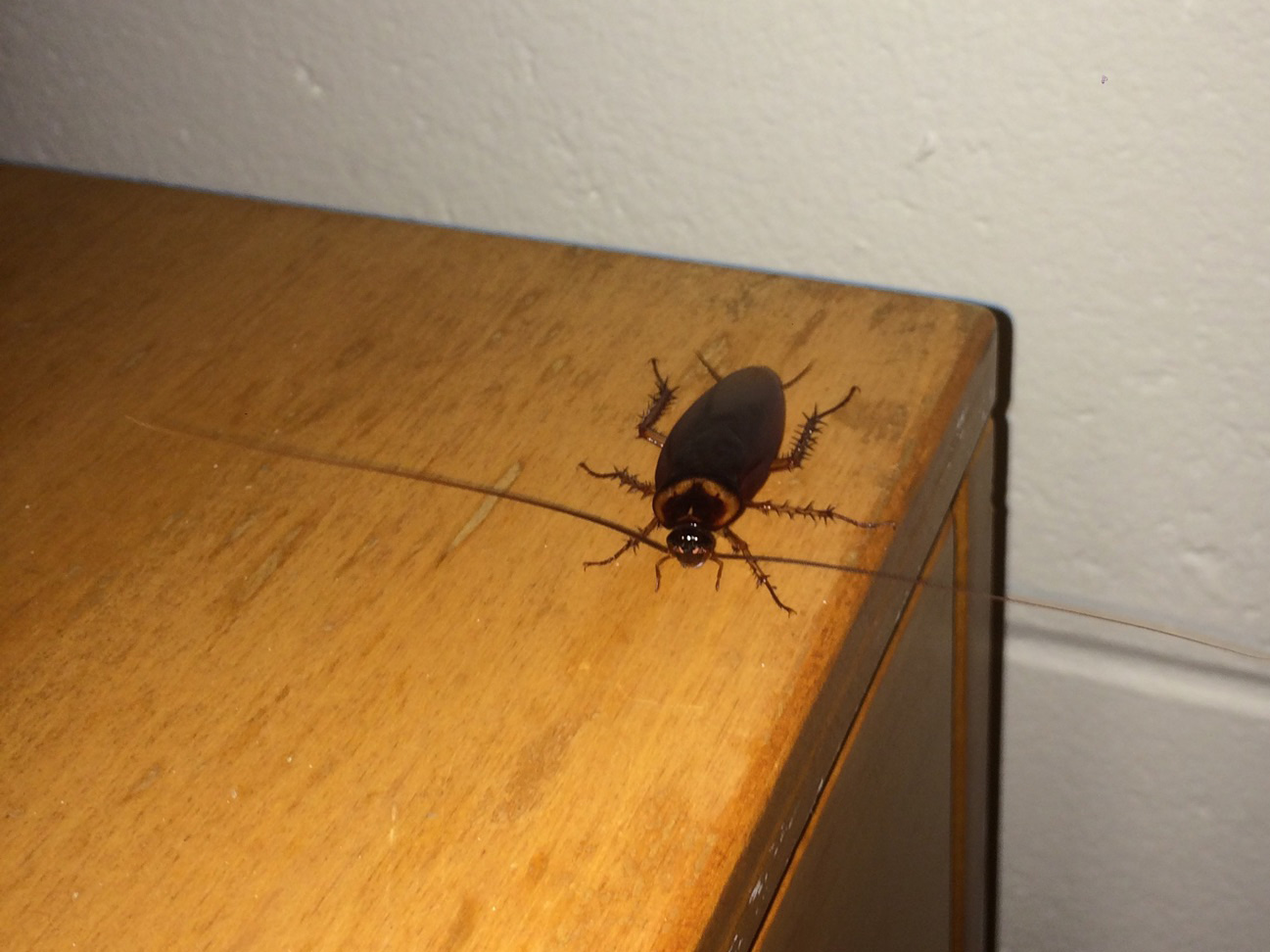 Popular legend has it that cockroaches could survive a nuclear armageddon, but administrators report they may not quite survive House Renewal.

According to Zachary M. Gingo ’98, Senior Director of Operations for the Building Operations group, cockroach sightings around the River Houses have been declining as Harvard has renovated older buildings.

“At a general level, the impact of House Renewal has been to significantly reduce the numbers of cockroaches in the Houses compared to what they were prior to the renovations,” he wrote in an email. “This primarily has to do with the replacements of the domestic sanitary lines, as well as much better sealing of penetrations in foundation and partition walls.”

For decades, the pests have been spotted everywhere at Harvard, from the band room to dining halls. They have been particularly intractable in the older unrenovated buildings.

A large cockroach sits on a desk in Canaday Hall. By Courtesy of Hannah McCuiston

Gary D. Alpert, former Harvard Entomology Officer of Environmental Health and Safety, was responsible for keeping the pests out of dorm rooms for years. He said the age of the buildings helped the insects find their way into dorms.

“American Cockroaches were coming up the shower drains, from behind bath tubs and where ever the 80 year old cast iron pipes were eaten away,” Alpert wrote in an email.

Despite student concerns that construction could push cockroaches into the remaining unrenovated houses, Alpert wrote that while construction may disturb cockroaches, it won’t necessarily drive them into the neighboring buildings.

“Vibrations can stir up pests that already exist,” he wrote. “There is no scientific or analytical reason why cockroaches in a Harvard House would increase or decrease due to construction in a separate nearby building.”

Gingo also noted that during that the renovation of Winthrop, reported cockroaches sightings in neighboring Eliot fell 34 percent compared to the year before.

To reduce the number of cockroaches in the Houses, the Building Operations group regularly inspects and cleans plumbing, working with an in-house Ph.D. entomologist and an outside firm.

Nevertheless, the pests continue to plague the river Houses, especially those that have not yet been renovated. Karen C. Andres ’20, a Kirkland House resident, said that her roommate found the bathroom infested with cockroaches upon arriving at their suite. Having tried two types of bug spray unsuccessfully, Andres and her roommates turned to the Internet.

“We read online that if you keep all the sinks and showers on it will help flood them out so we kept them on for several hours,” Andres said, adding that the technique was successful.

They later received a warning from building management about the excess water use. “I don’t think they were very concerned about the roaches,” she said.