‘Tha Carter V’: A Complex End to a Complex Career 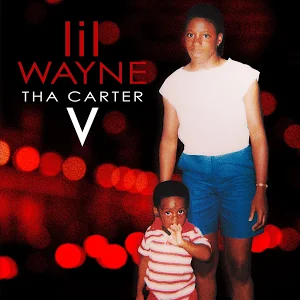 Lil Wayne announced “Tha Carter V” in 2012 and planned to release it in 2014. The album finally dropped on Sept. 28, just under six years after its genesis. Wayne isn’t to blame for the delay. A series of bizarre events kept the album from the shelves. Cash Money Records delayed the album several times, ostensibly over a feud between Wayne and Birdman, the label’s co-founder. Martin Shkreli almost got the album seized by the US government, and a man with connections to Young Thug and Birdman shot at Lil Wayne’s tour bus. At the apex of the drama, Wayne tweeted “I am a prisoner and so is my creativity.”

For the man who once called himself the “best rapper alive,” “Tha Carter V” is an oddly humble album. On “Don’t Cry (Feat. XXXTENTACION),” Wayne raps “I am not number one, it’s true / I am 9 27 82” — a reference to his birthday and an admission that behind the jewelry, drugs, and private jets, he is a vulnerable person. That this message comes over a dark, bassy beat and with the late XXXTENTACION renders it more poignant. On “Open Letter,” in contrast, Wayne appears solo, on a stripped-down and intimate beat. Rapping over ethereal synths, he delivers what may be the clearest articulation of his theme: “I make it look easy / but understand looks are deceiving.” After years of fame, Wayne is pulling back the curtain and showing us his human side.

Wayne’s vulnerability extends from his career to his childhood — a theme prevalent across much of the “Tha Carter” series. The album cover features Wayne’s mother, Jacinda Carter, and hers is the first and the last voice heard on the project. The album’s final track, “Let It All Work Out,” contains a bombshell: that the self-inflicted gunshot wound Wayne suffered when he was 12 was a suicide attempt. Rapping in an upbeat, energetic flow, Wayne says “I aim where my heart was pounding / I shot it, and I woke up with blood all around me.” Wayne’s delivery, combined with the glitzy beat and soothing Sampha sample, strikes an unusual contrast with the track’s dark subject matter. The result is a powerful song and a portrait of a star embracing his troubled past and moving forward.

This humility also appears in the album’s production. On 2013’s “I Am Not a Human Being 2,” Wayne succumbed to trendy production, sacrificing his sound in the process. On “Tha Carter V,” Wayne sticks to the style that made him famous. This sound is not timeless, but it is reliable. “Uproar” was produced by Swizz Beatz, a titan of early-2000s rap. The track is a jock jam straight out of 2008, complete with crowd samples and claps. “Mona Lisa (Feat. Kendrick Lamar)” sounds like “To Pimp a Butterfly”-era Kendrick, which makes sense, since Wayne recorded it in 2014. The retro sound of “Tha Carter V” is an appropriate concession to Wayne’s age. But it does limit the album’s relevance and freshness.

The album’s length also holds it back. “Tha Carter V” is 23 songs long. And for every standout track, there is a dud. “Let it Fly (feat. Travis Scott),” with its processed vocals and dreamy synths, struggles and fails to be a Travis song. “Can’t Be Broken” is the work of a Danish EDM producer. This influence shows: The track’s pitch-shifted vocals sound uninspired and out of place. Similarly forgettable songs fill much of the album’s second half. A major flaw of “Tha Carter V” is that listeners must sit through doldrums of dispensable tracks to reach the album’s emotional highs.

In a way, this is no surprise. With his final album, Lil Wayne sums up his career. It makes sense that “Tha Carter V” is as winding and unpredictable as the career on which it reflects. As a musical product, the album is solid, but not amazing. It has bittersweet ballads and trap bangers, yet it also has bland, generic filler. As a testament to an incredible career, though, “Tha Carter V” shines. Lil Wayne delivers vulnerability and insight into his life and his stardom. Despite its flaws, “Tha Carter V” is an essential album for anyone who wants to know Lil Wayne.