Crew Heads to the Charles for 54th Regatta 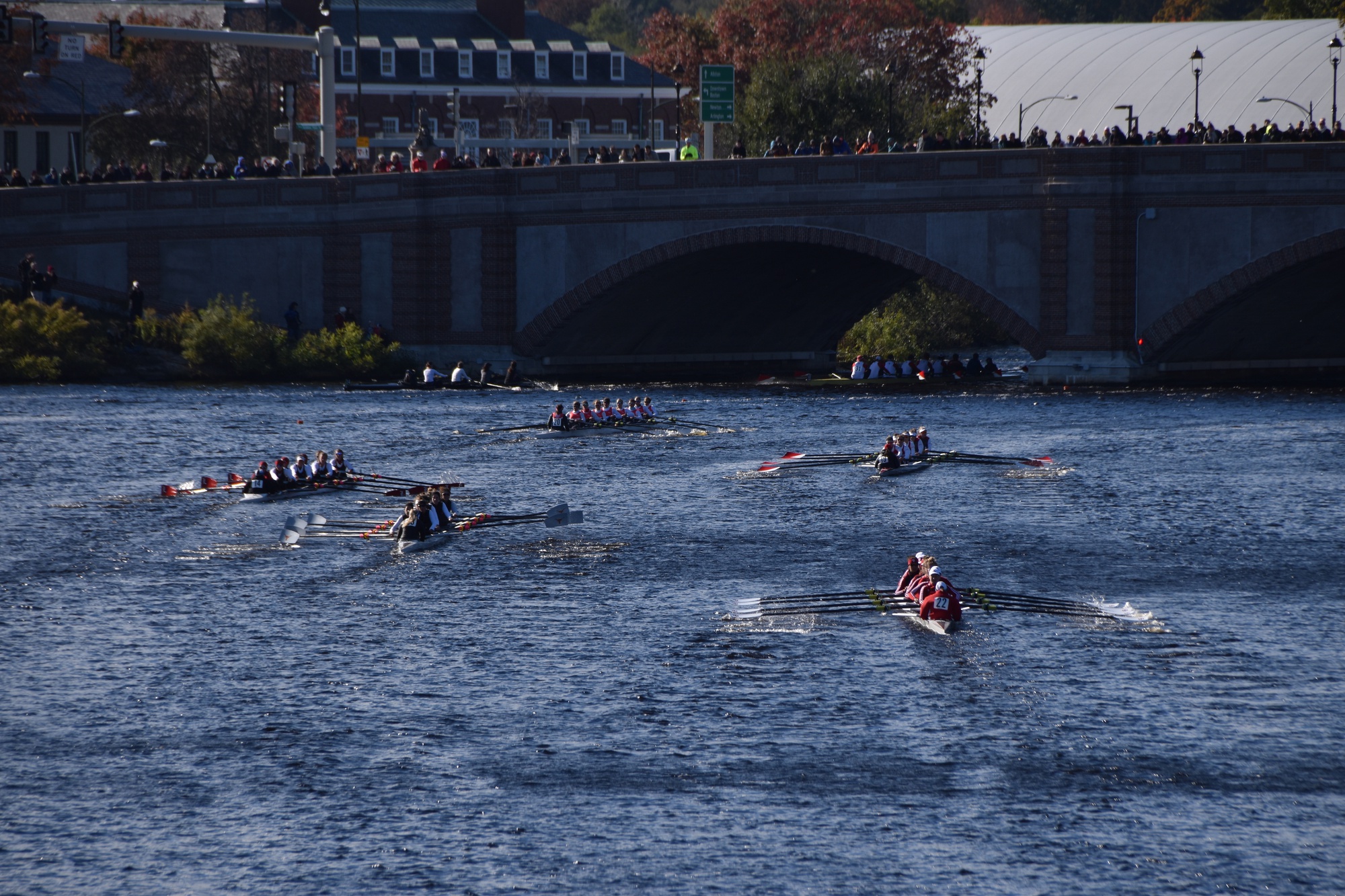 All four of Harvard's crews competed at the historic Head of the Charles Regatta this weekend. By Quinn G. Perini
By Mohamed Ahmed, Contributing Writer

As midterm exams come to a close, Harvard crew underwent its first test of the year. Over the course of last weekend, the Crimson participated in numerous races at the Head of the Charles Regatta, including the men’s club eights and lightweight fours, which both managed to secure the best times in their respective races.

“The team overall is extremely happy with its performance,” said Erica Holmes, captain of the women’s heavyweight team. “It was a really fantastic day for us.”

For the women’s championship eights, the Harvard women’s team not only beat several other schools, securing 12th place, but managed to beat its time at the Head of the Charles last year.

“That shows huge improvement for us,” Holmes said. “Really great progress from where we were this time last year.”

“I think some boats outperformed the rank; that’s always good to see,” Wexner said. “Our lightweight eight was third last year, sixth this year. You would like to see that place a little better.”

One thing Wexner mentioned that his team executed well was managing the conditions associated with the race, including the large headwind that occurred during the race.

Holmes also credits her teammates for the great job they did navigating the wind that occurred during their race.

“The wind was really tough today,” Holmes said. “Huge, huge gusts of wind, which gave us a lot of technical things to focus on, like getting the blades to the water faster.”

Not even cold, brittle temperature could drive spectators away from the race. Throughout the day, as the rowers competed, they felt the presence of the large body of spectators cheering them on.

“We would have a huge support base at Weld, our boathouse,” Holmes said. “Hundreds of alumni and family friends that are cheering for us.”

When describing what her thought process was throughout the race, Holmes mentioned the importance of finding the boat’s stride.

“We had a goal to settle in to a good rhythm,” Holmes said. “Once we found that rhythm we knew we were going to have a good race.”

Overall, Harvard’s performance was a good one, with the Crimson managing to secure not one, but three first-place victories.

“Our team is really excited for the coming year ahead,” Holmes said. “We are in a much better place than this time last year. The team worked really hard over the summer to come back stronger. We have seen that show this weekend.”