‘Bohemian Rhapsody’ Does Queen In Style 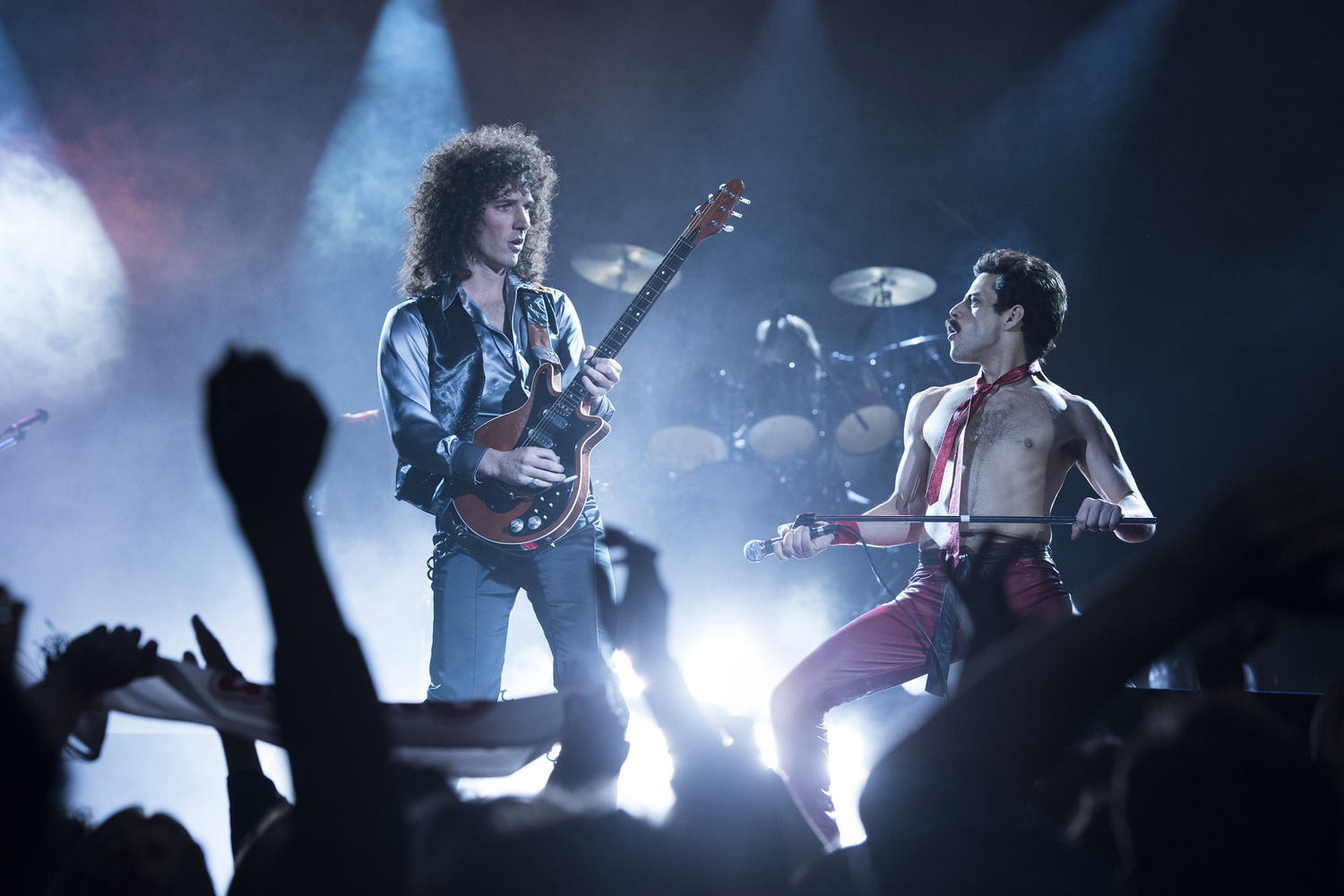 To capture the story of the band Queen and its legendary lead singer Freddie Mercury to a single movie is an impossible task. The British band’s ascendance to musical deification was one of historic proportion, producing more than 10 original albums, countless singles of epic quality, and an international phenomenon. Framed by the band’s historic 1985 performance at LiveAid, just years before Mercury lost his life to complications from HIV/AIDS, “Bohemian Rhapsody” follows the lives of the band and of Mercury concurrently. It tells the story of a band and a performer who changed rock music forever, and it has fun while doing so. In staying true to its subjects and emphasizing their unmatched theatricality, “Bohemian Rhapsody” gives a survey of Queen that strikes the perfect balance between nuance and entertainment.

The movie does not begin with “Freddie Mercury” as he is ubiquitously known today, but rather with Farrokh Bulsara, raised by Parsi parents in Zanzibar, Tanzania. The young adult, portrayed beautifully by Rami Malek, leaves home late at night for a rock concert insisting to be called “Freddie” instead of Farrokh, much to the chagrin of his parents. While the energy of the scene is light, and the dialogue slightly comedic, the movie persists in taking seriously Mercury’s tense and evolving relationship with both his identity and family. In a particularly striking moment, at a birthday dinner with his family and Queen bandmates Brian May (Gwilym Lee) and Roger Taylor (Ben Hardy), Mercury starts playing the piano and singing to distract his parents from telling his friends their family’s origin story at the table and reveals he has changed his surname to “Mercury.” While the scene provoked laughs, it was also a very real example of the ways Freddie Mercury often constructed his public image to shroud his cultural identity.

In 2018, it’s hard to imagine a time when anthems like “Bohemian Rhapsody,” “We Will Rock You,” and “Another One Bites the Dust” do not already exist, and so the novelty of watching the band’s uncertainty when producing these songs is all the more entertaining. When Mercury first plays the opening melody of “Bohemian Rhapsody” for his girlfriend and companion Mary Austin (Lucy Boynton), she praises it and he replies, “I think it has potential.” In lieu of trying to cram in as many songs, tours, and recording sessions as it can, the movie touches on different points in Queen’s timeline. While it is often unable to dive deep into the band’s career, given its limited time, it tackles each moment it does display with a theatricality and performative flair that Mercury himself would have admired. At first thought, a concert montage framed by electric graphics practically popping off the scene might be considered grandiose, but for Mercury there was no such thing.

The greatest challenge for the actors of the film, specifically for Malek, is doing justice to musical icons who are larger-than-life in every possible sense and meaning to the phrase. From Mercury’s struggles with his cultural identity to his fluid sexuality to his terminal illness, Malek plays the character with heart and with an admirable embodiment of his characteristic and undying dramatic flair. A film portrayal of Mercury, however, feels almost natural, as he was a man who was almost constantly performing. From his elaborate costumes to his attitude and speech habits (many of his sentences ending in an infectious drawl of “dear” or “darling”), Mercury wasn’t anywhere close to subtle and Malek’s energy and commitment is the exact kind that the role requires. He truly disappears into his character.

Rather than distracting itself by trying to report each and every detail of the band’s history, the movie surveys the stories of the humans who formed Queen, their unique style, and the cultural frenzy that follows them to this day. “Bohemian Rhapsody,” much like Freddie Mercury, has to make choices about what facets of itself to put on display at any given moment, but always does so in style.

—Staff writer Allison J. Scharmann can be reached at allison.scharmann@thecrimson.com.