A Heartfelt Story About ‘Family’ 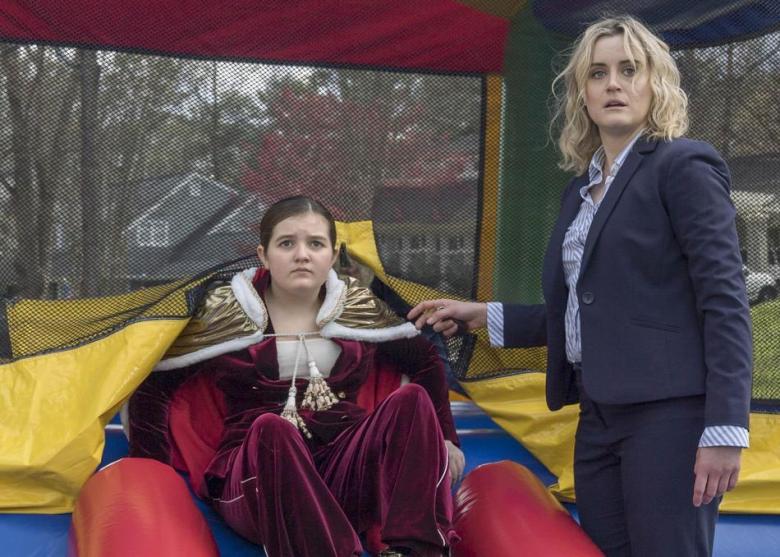 Laura Steinel’s directorial debut “Family” features main character Kate (Taylor Schilling), an awkward workaholic who is stuck caring for her 11-year-old niece, Maddie (Bryn Vale), for a week when her brother’s mother-in-law becomes terminally ill. Though Kate is initially reluctant to take on Maddie due to her busy work schedule, the two gradually become closer and form an unusual friendship. Conflict rises as Maddie, an outcast at her school, befriends gas station attendant “Baby Joker” (Chris J. Beatrice) and becomes immersed into the world of the Juggalos, the term for a fan of the Insane Clown Posse hip hop group. Kate disapproves of Maddie’s new interests, and increasingly neglects Maddie due to troubles at work, where the ambitious and peppy new analyst Erin (Jessie Ennis) begins to threaten Kate’s position.

“Family” is an endearing, fun-to-watch, and occasionally cheesy story about the importance of family (as the name suggests) and work-life balance. Kate is successful in her career, evident in her position as senior vice president of her company, and does whatever it takes to get ahead of others and fulfill her ambitions, even if it means neglecting her personal life and throwing others under the bus. As a result, Kate’s coworkers dislike her, and her relationship with her brother and father are close to non-existent. Taylor Schilling puts on an excellent performance, perfectly encapsulating the socially awkward, unempathetic, and impassive Kate, with her constant blank stare and monotonous voice. One of the most noteworthy scenes occurs when, after what seems like minutes of heartfelt pleading from Kate’s brother asking her to take care of Maddie, Schilling bluntly and unemotionally replies “No.” However, Kate is somehow eventually persuaded off-screen and agrees to temporarily care for Maddie, which becomes the catalyst for the rest of a humorous plot.

Although performances by the rest of the cast are not extraordinary, the succinct and quirky plotline does a nice job of tying together the rest of the film, and the recurring theme of kindness is well-executed, though through unexpected and sometimes bizarre ways. For example, as the plot rises, the Juggalo community is repeatedly characterized as a congregation of “the worst people in the world.” When the gas station cashier reveals to Maddie’s parents that Maddie has run off to join the Juggalo gathering, he delivers the punchline: “I’m sorry for your loss.” However, a twist occurs when the film reveals that the Juggalos are actually quite kind. Small acts of kindness and compassion are also evident in other instances throughout the movie. The karate instructor Pete (Brian Tyree Henry), takes Kate and Maddie home from school when Kate is too drunk from drinking during a business lunch. Jill (Kate McKinnon), the next-door neighbor and stay-at-home mom, forgives Kate for injuring her legs and invites her over for a drink (although Kate drives away before hearing the offer). By the end of the movie, even Kate has learned to be more kind and caring towards the people in her life, showing effective character development.

Overall, though typical and cookie-cutter for a family comedy of its genre, “Family” is well-written and effectively accomplishes its goal as a feel-good, comedic, and family-oriented movie. Its topics are extremely relatable and relevant to many people today, who know all too well the pressures created by the desire for physical achievements and tangible successes, and as a result, neglect personal lives and relationships. “Family” teaches the different “Kates” of today’s age to create a balance between striving towards ambitions and nurturing personal happiness and relationships with loved ones.