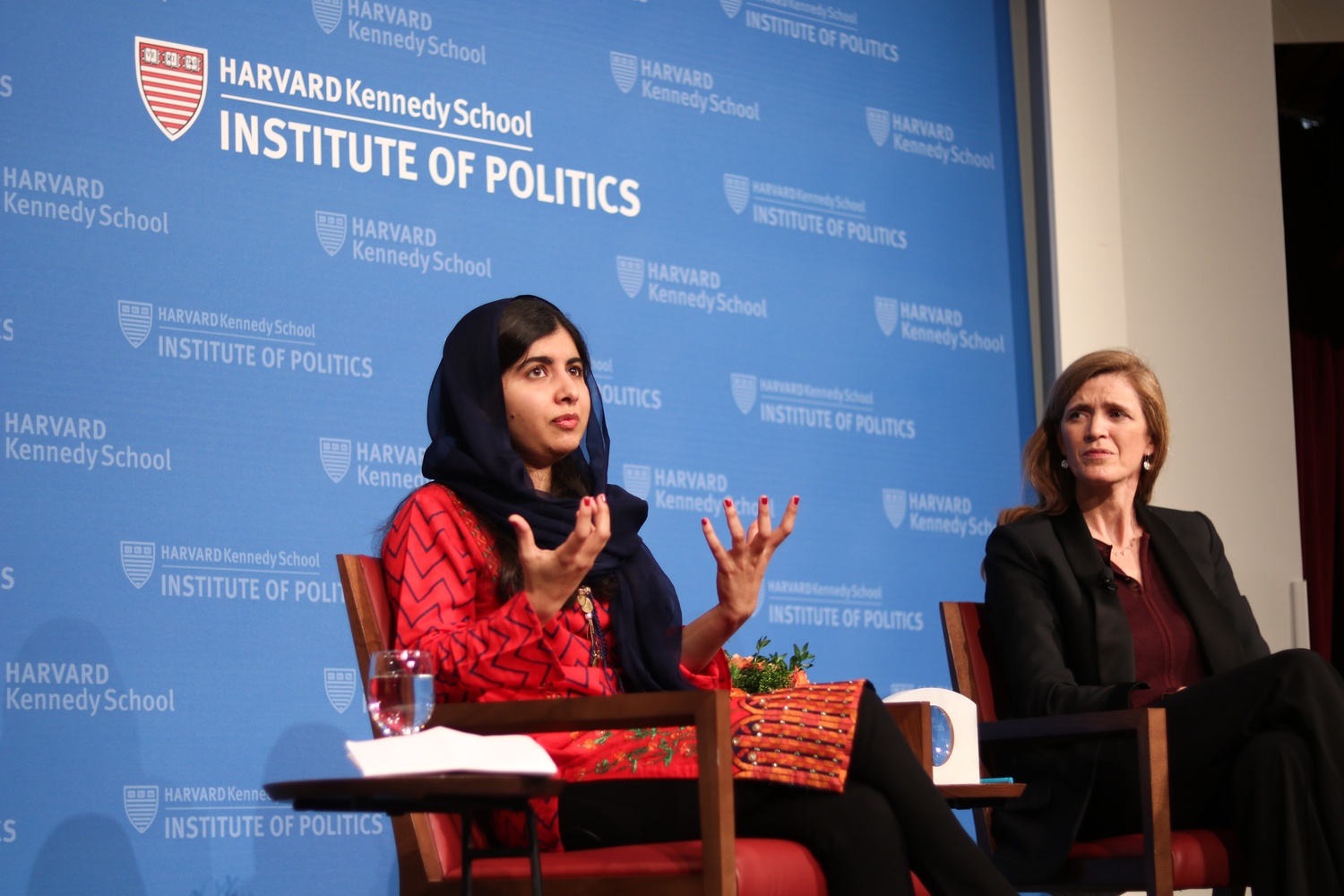 Samantha J. Power, former United States Ambassador to the United Nations, spoke about the importance of human rights at the Institute of Politics Wednesday evening in commemoration of next week’s 70th Anniversary of the Universal Declaration of Human Rights.

At the event, hosted by the John F. Kennedy Jr. Forum, Power emphasized “three of the major cross-cutting issues” that she sees as the most impactful for human rights in the coming years: the global democratic recession, the proliferation of technology, and the rise of China.

Though she discussed the threats and dangers of each, Power also expressed optimism about the future of human rights and issued a call to action to students.

“I would like to make the case — especially to the students out there this evening — as to why now is absolutely the right time to get involved in the fight to ensure that human rights expand, rather than contract, in your respective lifetimes,” she said.

Salil Shetty, the former secretary general of Amnesty International, spoke briefly after Power and shared her optimistic outlook. He said he attributed “the major gains of the last 70 years to the fact that we have had human rights, not just as a concept, but as an enforceable concept.”

Yasmin P. Forbes, a fellow at the Carr Center, said she found the talk engaging because of the speakers’ interesting perspectives and discussion of contemporary human rights issues.

“I thought it was extremely effective,” Forbes said. “It is not really easy to get a hall full of people on a Wednesday evening, but obviously, Kennedy School students and Harvard students sort of think it is a really important topic, human rights, and it is still relevant to their lives.”

Sahar Amarir, a graduate student at the Center for Middle Eastern Studies, said she came to the event “to see if there would be a little bit more intellectual honesty in the field of human rights.”

During the event, Amarir asked Power about the hypocrisy of American human rights advocacy, given the human rights violations committed by the United States itself, and specifically referred to U.S. policy in the Middle East.

After the event, Amarir said she was frustrated with Power’s response.

“Just admit the fact that the reason why human rights are not upheld and respected the way they should be is also because we give an image of us being the ultimate upholders of human rights, and we are not respecting human rights,” Amarir said.

Throughout her talk, Power emphasized the need for people to become more involved in human rights work, and gave specific examples of Harvard students who are aiding immigrants, tutoring refugees, and serving as activists. She summed up her approach to starting human rights work and addressing local needs with the phrase “shrink the change.”

“The symptoms of human rights challenges are humans, so addressing symptoms is incredibly significant,” Power said. “By shrinking the initial change, we may not end up changing the entire world, but we are changing someone’s world, and I think on the 70th Anniversary of the Universal Declaration, there can be nothing more worthwhile than that.”