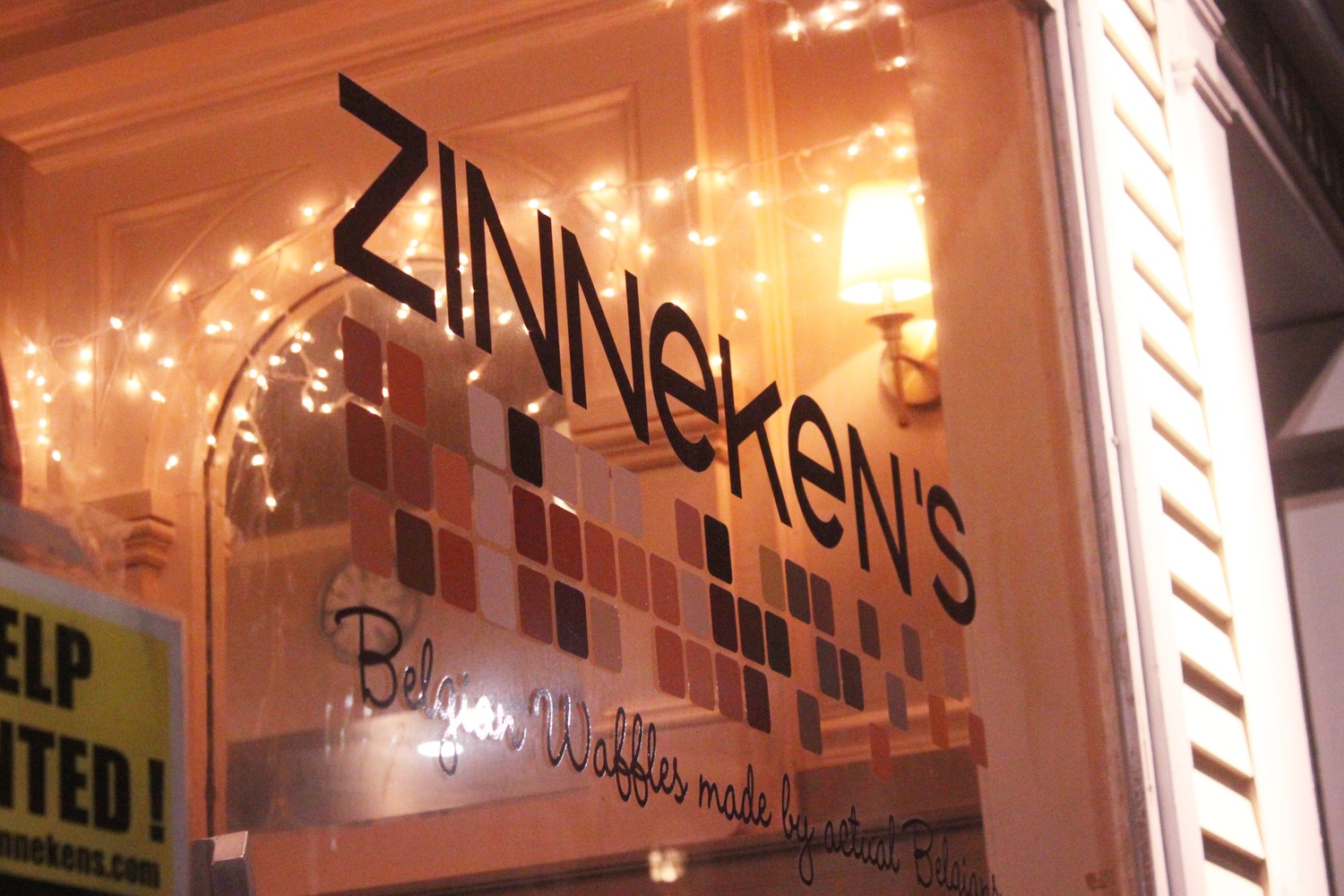 Zinneken's, a restaurant which makes Belgian waffles among other things, is a destination for datamatch meet-ups. By Casey M. Allen
By Simone C. Chu, Crimson Staff Writer

Thousands of students across the campuses of Harvard, Brown, Columbia, and Wellesley started their Valentine’s Day mornings with a pink-accented message in their email inbox: Datamatch 2018 results were in and matches were waiting.

This year's iteration of the program marked the first year that Datamatch, the Harvard Computer Society’s 24-year-old digital matchmaking program, expanded to other schools based on popular demand.

In total, nearly 9,000 students completed and submitted surveys, though many students waited to do so until just minutes before the deadline Tuesday night, according to Datamatch team members. Datamatch’s expansion beyond Harvard brought increased participation, with an estimated 4,400 more students looking for digital love this year compared to last year.

“We actually extended the deadline by an hour,” Datamatch lead staffer and "Supreme Cupid" Larry Zhang ’18 said. “So many people were just trying to update their profile last minute, or sign up last minute, so we were like, ‘Okay, you know what? We’re going to give you guys one more hour, we know you guys were procrastinating. We’re going to help you guys out here.’”

When Datamatch results first came out Wednesday morning, the number of students trying to check their matches overwhelmed the site’s servers, leading to error messages and student complaints, according to Datamatch "Stats Cupid" Sara Valente ’19.

“We actually had to expand the capabilities of our tech, and pay extra money this year,” Valente said, speaking about the Computer Society's need to handle the increased amount of traffic on the server.

While HCS has not yet finalized statistics, Valente said Datamatch at Harvard saw roughly 4,300 participants. This year, in addition to regular incentives from Harvard Square vendors like Berryline and Zinneken’s, Harvard Datamatch participants have the chance to receive one of 60 tickets to three showings of Intermission Impossible, the spring show put on by the Hasty Pudding Theatricals.

Brown student Cashen Conroy, who worked with Datamatch to bring the algorithm to Providence, said the novelty of Datamatch excited Brown students.

“Given the size of Brown, it’s easy to go through college here and not meet everyone that you might end up connecting with,” Conroy said. “I think people were excited about the prospect of doing that.”

Wellesley Computer Science Club President Andrea Jackson said Datamatch generated a buzz on campus. She noted that half of all Wellesley participants signed up on the first day Datamatch opened.

“A lot of people were happy to do it even though it was a lot of platonic matching happening,” Jackson said, though she noted that plans to pair Wellesley with another school are in the works.