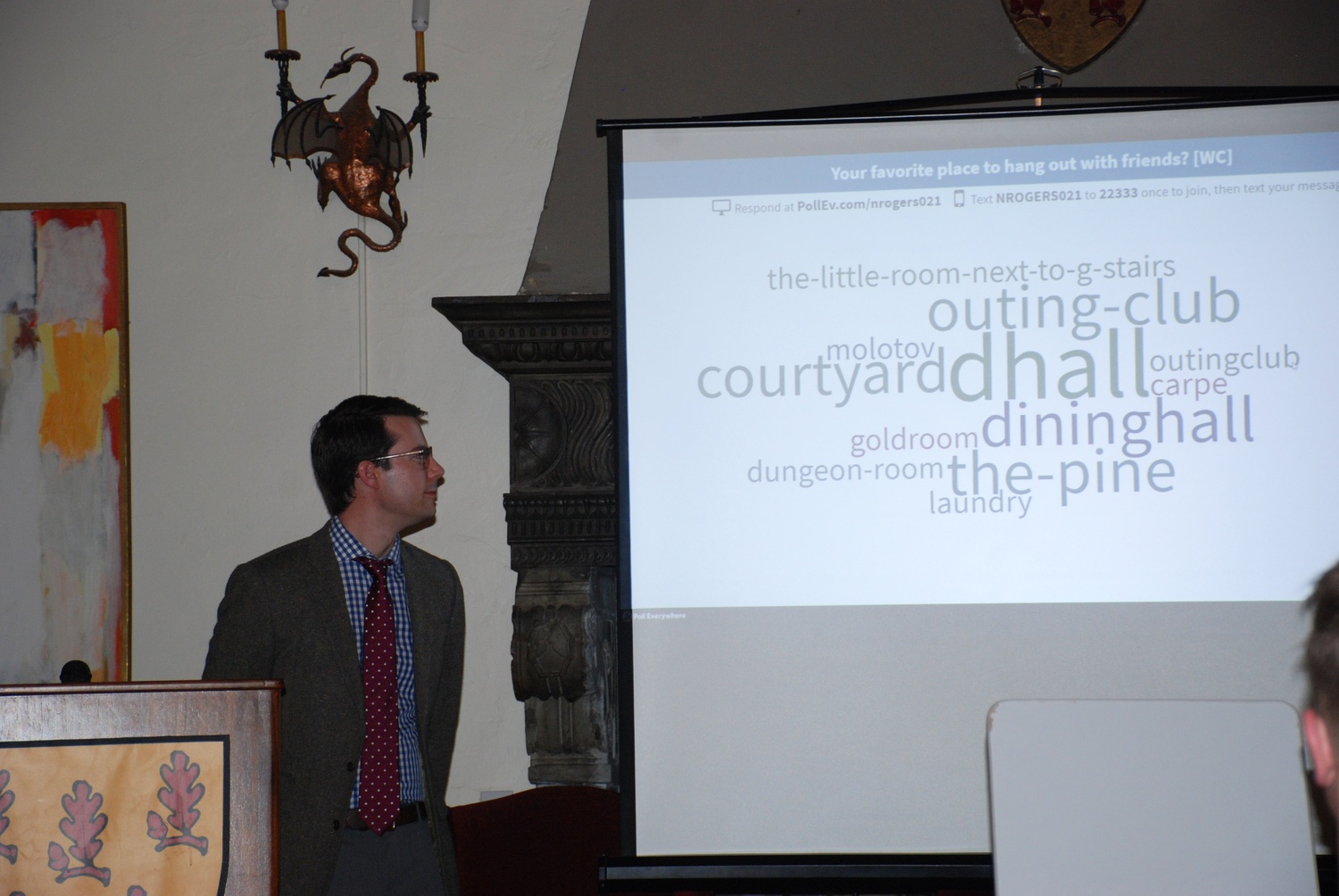 Students called on architects to keep the "finer details" of Adams House intact at a town hall held Wednesday night to gather input on planned renovations to the residential complex.

With construction set to commence in 2019, Adams will form the sixth installment of Harvard’s ongoing House renewal project. The more-than-$1 billion undertaking began in 2012 with renovations to the Old Quincy building and Leverett House’s McKinlock Hall, followed by total overhauls of Dunster House and Winthrop House. Lowell House is currently under construction.

At the start of the town hall, Adams Faculty Dean John G. “Sean” Palfrey ’67 told attendees the exterior of Adams House will not be undergoing renovation.

“There are certain limitations that you probably should know about in the beginning, which are that the Historical Society for Cambridge will not allow us to change the outside,” Palfrey said. “So everything happens inside. But a lot can happen inside.”

Architects then gave a formal presentation, offering an overview of the likely timeline for construction. The presenters said renovations to Adams House will proceed in stages, with different residential halls of the House set to be restored at different times. Claverly Hall is slated to be renovated from June 2019 to July 2020, according to Elizabeth R. Leber, a partner at architectural firm Beyer Blinder Belle. Apthorp House and Randolph Hall will follow in the next summer, and Russell Hall and Westmorly Court the year after.

After the formal presentation, the architects invited students to answer a few questions by texting responses to a phone number. One question asked what spaces or architectural features in the House are “character-defining” or “particularly important to preserve.”

The most popular response comprised the Adams House tunnels, a network of mural-filled underground tunnels that connect the House's different entryways.

Other students responded that the House library and the Outing Club—located on the street level of Claverly—should be preserved, as well as the dark wood that decorates the House’s interior walls.

“This is what people expect of the Harvard experience,” attendee Cameron J. Maltman ’20 said. “If you come in here and take a wrecking ball to these finer details, you lose that.”

Maltman said that, when his family visited, they were very impressed by the old-fashioned characteristics of his room, especially the fireplace.

“It’s easy to imagine back to the old Adams House people, back in the '30s, who would be using that fireplace in the winter while they sat in their big armchairs and read Chaucer,” he said.

Faculty of Arts and Sciences Assistant Dean for Physical Resources Merle Bicknell attended the town hall Thursday. She spoke about Harvard's other renovation projects, noting that Winthrop students were generally satisfied with improvements to the House.

Since Winthrop was the last House to be renovated, administrators surveyed Winthrop residents for feedback, hoping to use their recommendations for future House renewals.

“We haven’t had a single complaint about the housing, at all, which is fantastic,” Bicknell said. “The one thing they said to us is they want more party space, and so that’s something we’re conscious of.”