Face to Face Goes Head to Head: Car Seat Headrest and the Rerelease of ‘Twin Fantasy’ 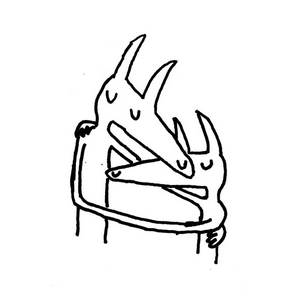 The drums are tight, the panning work is superb, and the feelings remain present as ever on Car Seat Headrest’s “new” album, “Twin Fantasy (Face to Face).” It was early November of 2011 when Virginia indie rock band, Car Seat Headrest, put out the original “Twin Fantasy,” now “Twin Fantasy (Mirror to Mirror),” on Bandcamp. The original release was self-produced on a single laptop and although it has been called a cult-classic, “Twin Fantasy (Mirror to Mirror)” left much to be desired in terms of production. The re-recording has been titled “Twin Fantasy (Face to Face)” and comes backed by Matador Records. In many ways, the re-recording maintains their artistic vision, but now has a big label backup instead of lo-fi indie punk production.

While “Twin Fantasy (Mirror to Mirror)” was certainly a powerful statement, and filled with excellent lines and riffs alike, it is only now, with the release of “Twin Fantasy (Face to Face)” that the album can be listened through completely without need for pause. The new production is frankly stellar, with particular attention paid to equalization and panning work. Panning refers to the left/right balance used in production for stereo sound music. Often, good panning work replicates a live band setting, with each instrument balanced differently. The original “Twin Fantasy” was very poorly panned, with tracks like “My Boy (Twin Fantasy)” coming through nearly in mono. The re-recording of “My Boy (Twin Fantasy)” off of “Twin Fantasy (Face to Face)” is delightfully panned and balanced: The lead guitar creates a swirling and surrounding kind of sound as each note has its own distinct left/right balance. Although the riff itself remains unchanged between these two versions of the same song, the improvements in production are felt as the song has metamorphosed from another angst-ridden teen track into a mature and contemplative piece.

The track that has been most sonically transformed by the re-recording process is undoubtedly the album’s fifth track, “Nervous Young Inhumans.” The original 2011 track features a driving main guitar that gets repetitive rather quickly, with a light overlaid guitar riff. The 2018 edition keeps things much more interesting by having the main guitar alternate between two strumming patterns and replacing the guitar riff with a synthesizer. This new version is much more aurally dynamic, and is a real pleasure to listen to. “Nervous Young Inhumans” is one of the two tracks on the album that has been lyrically updated in the re-recording process. While the original featured a semi-spoken outro that waxed poetic on Mary Shelley’s “Frankenstein,” the revamped edition has a longer outro that touches on the nature of good and evil and vocalist Will Toledo’s own experiences on tour. The new production sometimes makes the album feel more pop and perhaps less genuine, but it is here that Toledo proves that he is as serious about baring his soul as ever.

The album’s penultimate track, “Famous Prophets (Stars),” also differs greatly from its “Mirror to Mirror” counterpart, in both name and content. The new edition changes names from “Famous Prophets (Mind)” to “Famous Prophets (Stars)” and is six minutes longer than its predecessor. The instrumentation is more or less the same throughout each song, though the equalization is radically different. Equalization, or EQ, refers to how the frequencies of each instrument are accentuated or diminished. When properly equalized, each instrument should occupy its own niche range of frequencies, and thus sound distinct. On the 2011 cut of “Famous Prophets (Mind),” the drums are less well-timed, and they are not properly mixed, so they bleed into the bass line. On the 2018 edition, each instrument is very well mixed, such that none of the tracks bleed and each instrument occupies its own range in the EQ. As Car Seat Headrest rockets towards mainstream appeal and commercial viability, this type of high-quality production becomes par for the course.

While some may say that on “Twin Fantasy (Face to Face),” the group loses some of its lo-fi, DIY charm, it is readily apparent that the group has made a much better album with studio backing than with the single laptop approach. It will be interesting to see what comes next for the Virginia group, but after this stunning re-release, expecting big things seems only reasonable.