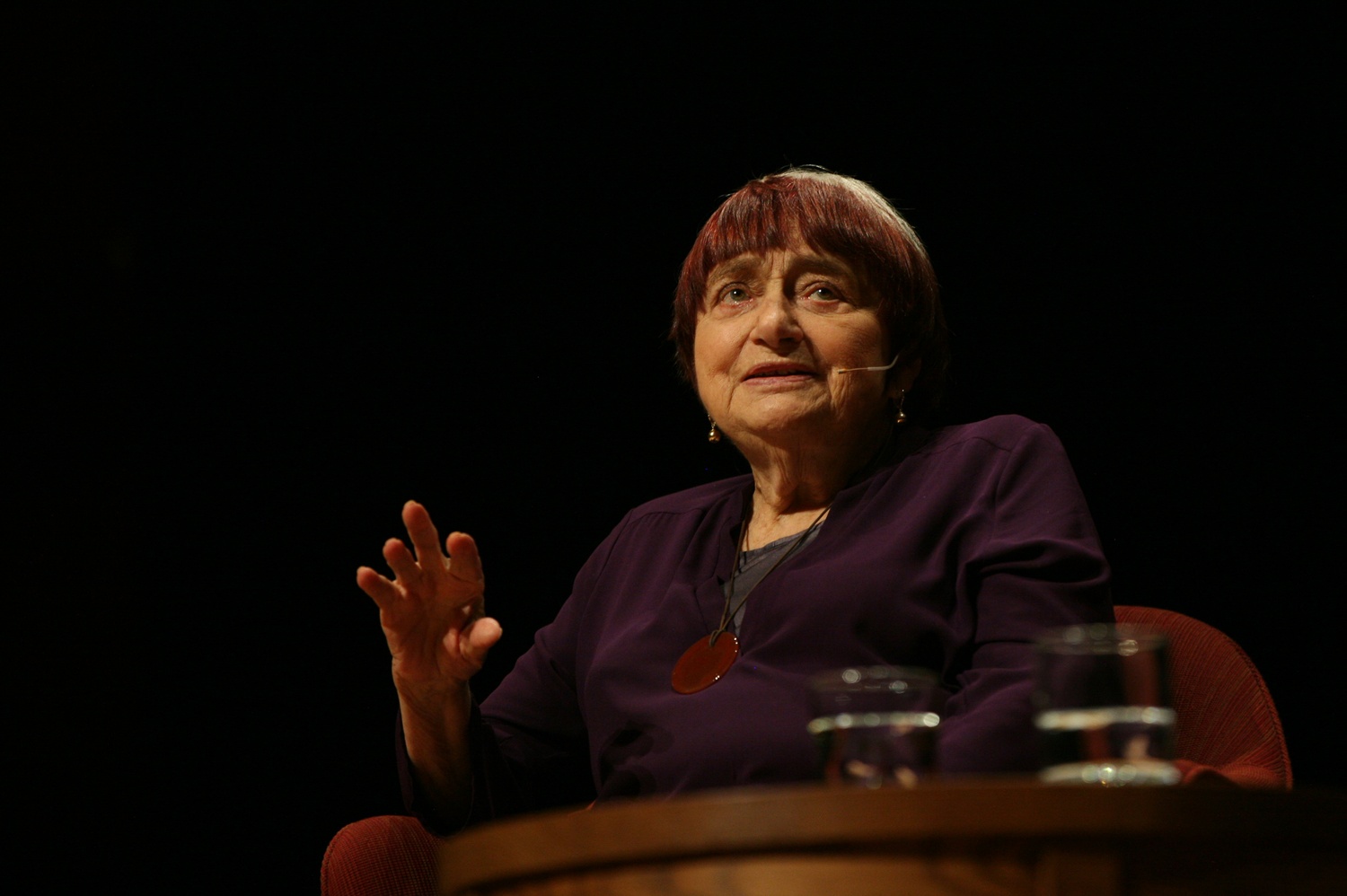 Critics have called her “the grandmother of French New Wave,” but Agnès Varda usually prefers to introduce herself as “a heart-shaped potato.” Last week, the French film director added another title to her long, honorable list: She was announced to be one of the three 2018 Charles Eliot Norton Professors of Poetry. Varda arrived in Cambridge to give two lectures on Feb. 26 and 27, encompassing almost seven decades of work as a photographer, a film director, and a visual artist. Like her art, which has tended to blur traditional barriers between mediums and genres, her lectures seemed somewhat nontraditional.

The lecture on Feb. 27 started when the French song “Sans Toi” (“Without You”), from her film “Cléo from 5 to 7,” filled Sanders Theater. The audience remained silent for a long minute, even after the song ended. Then, the lights went out and Varda finally appeared—but on the screen and out of focus, half-hidden by her cat. “Can you focus on the cat and leave me blurred?” she asked the cinematographer. “It pleases me more.” A few moments later, she went on stage and was greeted with a fervent standing ovation before even starting to speak.

This introduction is not odd for those familiar with Varda’s oeuvre. Haden Guest, director of the Harvard Film Archive and a Senior Lecturer on Visual and Environmental Studies, explained that her films often begin with an image of a cat—her version of the famous mascot of the Hollywood film studio MGM. “This is her statement or joke about herself as an independent filmmaker,” Guest said. “Her home is her studio: She has been making her films in her own house from the very beginning of her career, which is remarkable. Her production company, Ciné-Tamaris, is one of the oldest, longest-running independent production companies not just in France but also in the world. She is a real pioneer in this sense.”

For the first time in history, this year’s Norton Lectures feature three filmmakers—American documentarist Frederick Wiseman, who gave two lectures last month, Varda, and German filmmaker Ernst “Wim” Wenders, who will give two lectures in April. Guest, a member of the Norton committee, said that once the decision to focus on filmmakers had been made, the choice of Varda was almost obvious. “We wanted to offer a dynamic, multifaceted vision of cinema as an art that cannot be contained within one point of view,” he explained. “Varda had been someone who we had considered from the very beginning.”

Varda’s first lecture was dedicated to her prolific career as a filmmaker, while the second one was focused on her recent work as a visual artist. “At the end of the lectures I realized that there is still so much more to say, which is just a sign of how important and deep her work is,” Guest said. “The truth is that we would have needed many more lectures to go deeper and think about her, for example, as a pioneer feminist filmmaker.”

The French director declared on stage that she “has always been a feminist,” but that didn’t seem to satisfy the audience. “I wish that we could have gotten more into her feminist practice of film,” Claire P. Flintoff ’19, who attended both lectures, said. “I thought she gave an interesting presentation of her ideas of poetics on film, particularly as someone who started as a young woman filmmaker. It was a great perspective to bring to a wider overview of cinema that was bracketed by two men—Wiseman and Wenders.”

On Sunday, 89-year-old Varda went viral after replacing the traditional red carpet heels and dress with sneakers and kimono at the 90th Academy Awards ceremony. Her most recent film, “Faces Places,” was nominated for Best Documentary Feature. Her lectures in Cambridge made it clear that if Hollywood was a planet, she would be in her own orbit. “I’ve always had a hard time finding money for my films, and the ones I found money for have never brought any money to anyone,” she said in her first lecture.

Indeed, Varda seems to be less interested in the commercial aspect of her creation. “She’s a poetess,” Guest said. “One of the aspects of her work that is rarely spoken about is her skills as a writer.” In this context, Guest mentioned her 1981 film, “Documenteur”—a pun on the French words for “documentary” and “liar”—as an example. “This title is more than just poetry,” he said. “It suggests that when we’re recording our own lives we also have to tell lies to make the narrative work. It’s something that we do whenever we describe ourselves. In any self portrait, there’s an aspect of invention.”