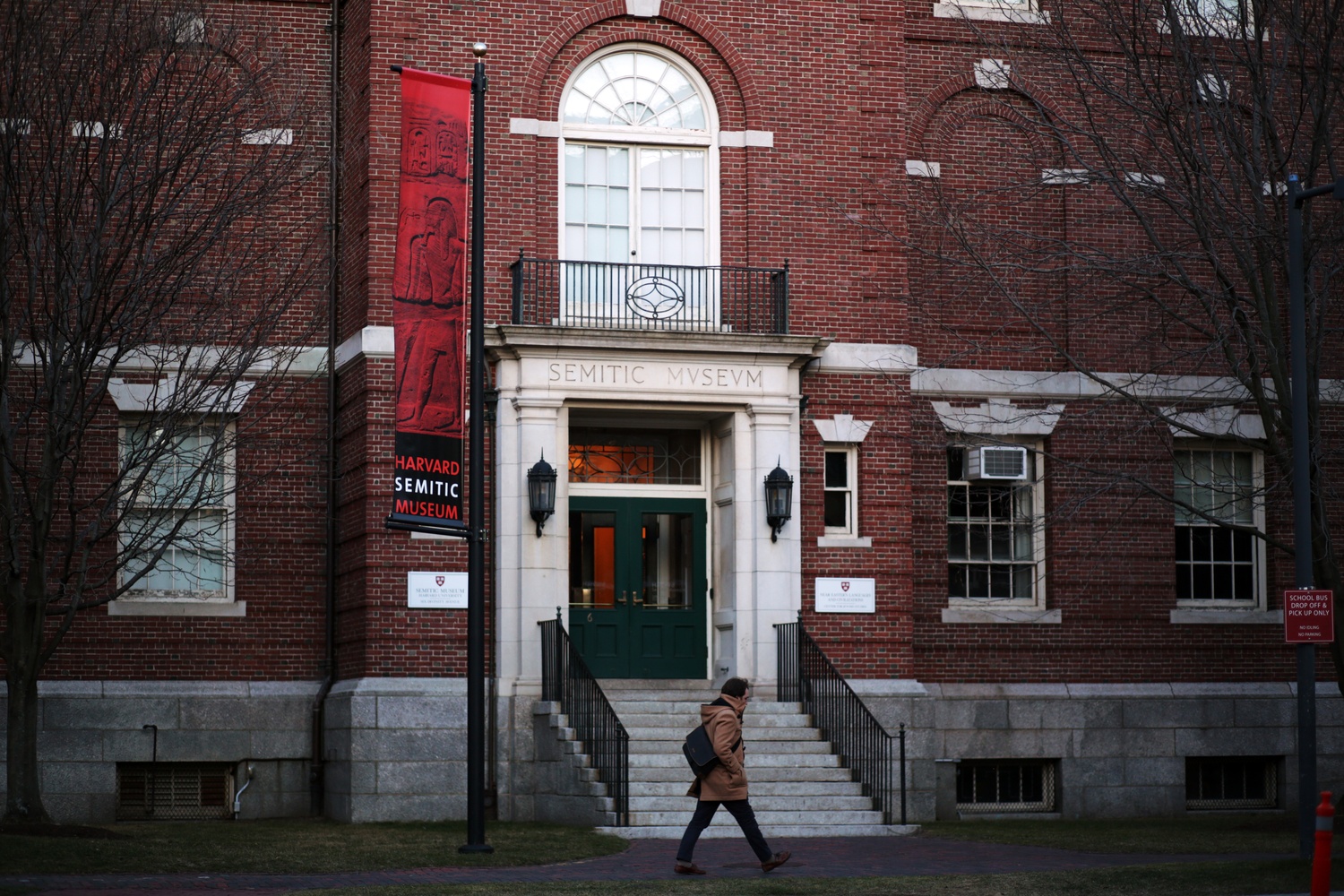 Professors and curators at the Harvard Semitic Museum are developing an app to allow museum visitors to experience the Great Sphinx at Giza in 3-D augmented reality.

The app allows viewers to engage with a physical reproduction of Thutmose IV’s “Dream Stela,” which sits between the legs of the Sphinx at Giza, by providing translations and explanations of the hieroglyphic texts as well as virtual representations of the Sphinx over time. In order to view these features, visitors point their phone cameras at the stela and line up an outline with the artifact.

Egyptology Professor Peter Der Manuelian '81, who teaches Societies of the World 38: “Pyramid Schemes,” is spearheading the project. Manuelian called the project a “way to be sort of a virtual tourist at the site of the Giza Pyramids.”

Thutmose IV constructed the "Dream Stela" during the 18th Egyptian dynasty, though the Sphinx itself was built much earlier, during the fourth dynasty. Semitic Museum visitors can use the app to experience in 360 degrees how the Sphinx looked originally, how it appeared after the stela’s construction 1,100 years later, and how the monument looks to visitors today.

In an interview, “Pyramid Schemes” Teaching Fellow Lauren M. Santini explained the history of the monument.

“The stela says that Thutmose IV had a dream that the Sphinx came to him and said, if you uncover me of sand you will be made pharaoh. So he uncovered the sphinx, he became pharaoh,” Santini said.

Manuelian said the app is “not quite ready for prime time,” and brought in students from his class to test it out this week.

Students said they enjoyed using the app and its ability to enhance their understanding of the monument.

“I think it definitely adds to your experience, because you can still go the museum the normal way, but then you also have the potential to augment reality in this way,” said Aaron Grand ’18.

Jessica Gebhard '20 said she appreciated seeing how the “coloring” and “structure” of the monument has changed over time through the app.

“I like that you can see the different time periods in the background, with how the Sphinx looked with the stela in front of it and without,” Gebhard said.

Casper Dehnavi ‘20 also mentioned that the app helped explain the images on the stela.

“It was nice that there were descriptions of what the images were,” Dehvani said. “Who everybody was, and which images of gods were represented.”

Nonetheless, the beta app, which is not yet publicly available, is not without a few glitches. Many of the students said they encountered difficulties getting the app to recognize the stela.

Looking ahead, Gebhard said “getting it up and running on different platforms,” like Android, would help improve visitors’ experiences.

Many students and faculty, though, were optimistic about the new opportunities to interact with exhibits that apps like this one could provide.