Portrait of an Artist: Kristina Anapau 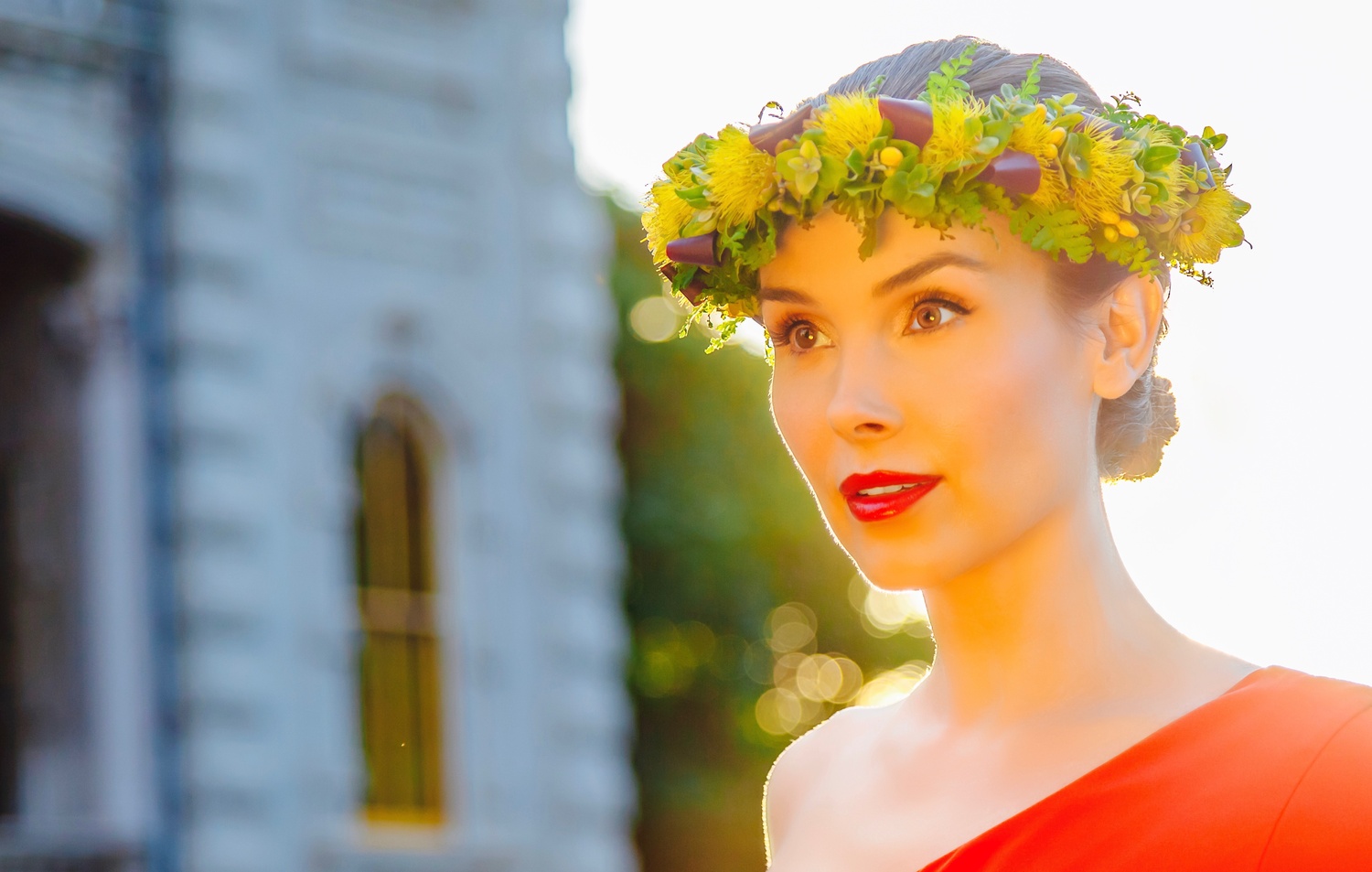 Kristina Anapau is an actress, dancer, and producer. Photography by Adi Ell-Ad of ADIWOOD Studios. Makeup/Hair by Luisa Ascensao. By Courtesy of Kristina Anapau
By Josh M. Grossman, Contributing Writer

With a career filmography including “Black Swan,” HBO’s “True Blood,” and “Grimm,” Kristina Anapau is an actress, dancer, and producer. Born in Hawaii, Anapau came into acting almost accidentally after being told to audition as an extra for Strathford Hamilton’s 1997 film, “Escape from Atlantis.” After securing a main role in the production, filmed on location in Hawaii, Kristina Anapau found roles throughout television and film, all while dreaming of becoming a ballerina. The Harvard Crimson spoke with Kristina to understand her career and her thoughts on acting today.

The Harvard Crimson: Can you talk a little bit about how you combine acting and dancing, especially in the context of your work on “Black Swan?”

Kristina Anapau: I think there was a big part of me that was remorseful for not continuing with ballet when I was younger. About a year after I did my first movie, I was still dancing a lot, and I was torn between living in LA or New York and pursuing dance more seriously. I chose acting as I thought it was the career that had more longevity, and I was having so much luck with it.

But there was definitely part of me that wondered what would’ve happened if I’d pursued ballet. So, when I got the audition for Black Swan… it took about a month before I found out if I got the role, so within that month I decided I would go to ballet class every single day… That was an interesting process, because I really got back into ballet stronger than… when I was training to be a ballerina. There was a moment right before I found out I got the role, when there was a visiting guest instructor from the London Royal Ballet. She was going around the class, criticizing everyone. People were in tears. She was really hard on everybody. You didn’t want her to stop in front of you. So, she was going around and all of a sudden, she stops in front of me, and I’m thinking, “Oh no, I’m too fragile right now, I can’t take this.” And she’s stopped in front of me and says, “My dear, I’ve been searching for something wrong with you, but your technique is impeccable, and I simply can’t find anything wrong.”

I couldn’t believe it, and after that class I went out to my car, and started crying, saying, “I should’ve been a ballerina, what’ve I done with my life?” And I looked up to the sky all teary-eyed and thought, if I book “Black Swan,” maybe I can still be a ballerina and live out that dream. Literally 20 minutes later, my agent called me and told me I got the role.

THC: Where would you say your passion lies right now?

THC: A lot of the roles and projects you’ve taken on have dark and often paranormal subject matter, including “The Glades,” “True Blood,” “Black Swan,” and “Grimm.” Is there something that draws you towards that genre or is it just how the cookie has crumbled?

KA: I think when you’re out there auditioning and pursuing acting roles, as long as it’s a reputable show and a cool character, it’s never a bad idea. In a lot of ways, it has been how the cookie has crumbled. But that being said, I feel like [I] project out that sort of energy to a certain degree. There must be something that’s sort of paranormal or metaphysical about me.

THC: What is next for you?

KA: I co-created and have been producing this kids’ show all of last year. We’ve shot about 36 episodes. Those are all in the can, and we’re doing deals now with some big platforms. The show has been airing this whole time, but now it’ll be available on some of the streaming platforms we all know and love.

And I’ve got a feature film project as well. The idea was created by myself and my co-star when we were on location in Maui. We’ve been working on this film for the last year on and off, and we have a draft that’s ready to shop and develop.

KA: “Kuleana,” the movie I’m promoting right now, comes out March 30. It’ll be in theaters all over. We filmed it in Hawaii. It’s a beautiful movie that takes places in the ’70s with some flashbacks to the ’50s, so super cool time periods in Hawaii with a very meaningful, beautiful story. It’s a mystery-drama, and I encourage everyone to check it out. It’s super artsy and beautifully shot, and really moving.