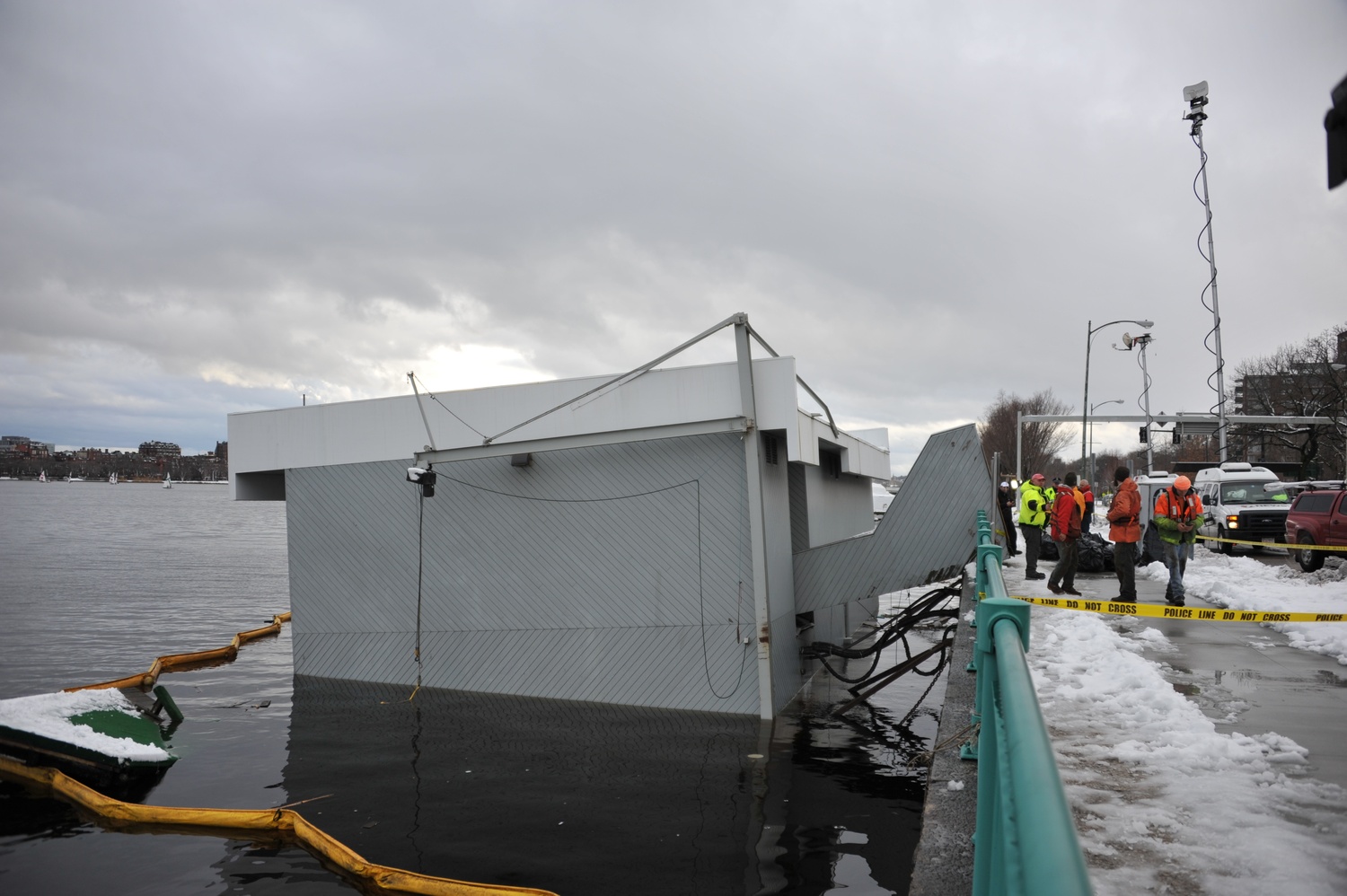 The Harvard Sailing Center sinks into the Charles River. By Ellis J. Yeo
By The Crimson News Staff

The Harvard Sailing Center is now sinking into the Charles river for reasons that are not immediately clear, according to multiple news reports.

7 News Boston reported the boathouse was sinking because its building flotation device failed.

“The Harvard Sailing Center, located on the Cambridge side of the Charles River near the Longfellow Bridge, has been significantly compromised due to what currently appears to be a failure of the building’s flotation device,” Harvard University Athletics Director, Robert L. Scalise, wrote in a statement to 7 Boston News.

Boston 25 News, though, reported the boathouse was sinking due to “structural damage.”

Personnel from the Harvard University Police Department, the Cambridge Fire Department, and the Massachusetts State Police are all on scene near the river, according to 7 News Boston. The State Police Marine Unit have also been dispatched to the sailing center, the Boston Globe reported.

7 News Boston also reported the area around the sailing boathouse is secure and that no occupants are currently inside the building.

The sinking building situation has caused the police to close down a lane on Memorial Drive, according to the Globe.

The Harvard Sailing Center is used by the Crimson Sailing Academy to store boats and equipment.