Mountaineering and Outing Clubs to Lose Offices in Adams House 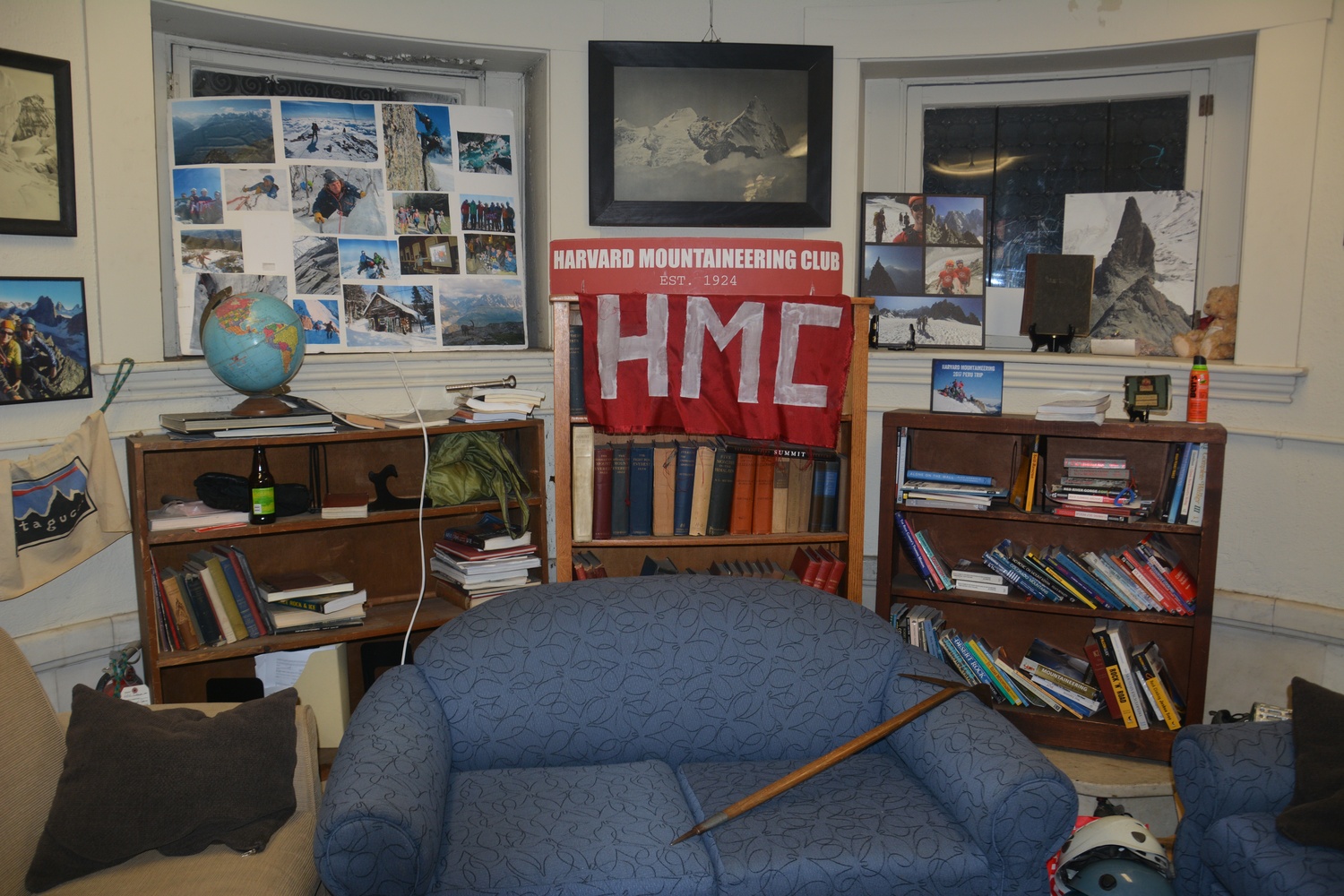 The Adams House offices of the Harvard Mountaineering Club, pictured in April 2018. The club is slated to lose its offices given the impending renovation of Adams. By Delano R. Franklin
By Jonah S. Berger, Crimson Staff Writer

For decades, the Harvard Mountaineering Club and Harvard Outing Club have called Adams House home, using their secluded offices in Claverly Hall as jumping-off points for adventures near and far.

Soon, that will change.

Adams is next up as part of the the College’s $1 billion House Renewal project—construction will begin starting June 2019—meaning the two student groups will lose their long-established Adams offices.

Leaders of the Outing and Mountaineering Clubs said that, though their current spaces carry significant sentimental value, the groups are open to working with the College to execute a seamless move. Nonetheless, the leaders remain concerned about certain aspects of the relocation.

Sheila C. Thimba, the College’s dean for administration and finance, wrote in an emailed statement that administrators are working with the groups to help find new spaces to fit their needs.

“This project will result in increased communal spaces, mid-block connections between buildings, and increased accessibility, all while maintaining Adams' many unique characteristics and charm,” she wrote. “As part of the process we have held numerous meetings with student groups to discuss options for new locations, and will continue to do so.”

The Mountaineering Club maintains a library, storage room, and an office space in Claverly Hall. The office, replete with couches, bookshelves, and pictures from climbing trips, serves as a reminder of the organization’s storied past, according to its leaders.

“There is so much historical value with the books and space we have here,” said incoming club president Vladislav Sevostianov ’19. “We’ve had filmmakers come, writers, journalists who can come and they can use this space as a resource for their learning about mountaineering history.”

“We have a really nice room that stores all our gear really well,” Gross said. “It’s a pretty cozy space.”

The College is also working with leaders of the two groups to increase administrative oversight of their activities to make sure safety and liability concerns are addressed to the greatest extent possible. Though leaders of both groups said they believe their current safety standards are adequate, both said they are open to more regulation.

“I don’t think it’s the worst thing, just having some more standardization in terms of how we train people, whether that’s a first-aid certification or a course in ropes-rescue,” said outgoing Mountaineering Club president Rory R. Brown ’18.

“We just want to make sure that the core integrity of the club isn’t broken,” Brown said.

The push for more oversight of outdoor adventure groups is not unique to Harvard. Last week, Penn State administrators banned the school’s outing club from organizing outdoor, student-run trips after determining the club’s activities were “above the University’s threshold of acceptable risk for recognized student organizations,” according to the club’s website.

Leaders of the Outing and Mountaineering Clubs noted one of the best perks of having Adams offices is the building's location—right near the heart of campus. Adams House sits just a few hundred yards from Harvard Yard and is within walking distance of the Charles River.

“It’s very convenient for people on the river to just come by and rent gear,” Gross said.

Thimba said administrators have proposed giving the groups new space in the Quadrangle Recreational Athletic Center, an athletic facility in the Quad.

“We have presented a proposal for the groups' new location to be at the QRAC in order to align their programs with that of the climbing wall which was installed there last year,” she wrote. "We believe there is an opportunity to enhance the College's investment in outdoor extracurricular activities through this co-location.”

“No final determination has been made at this time, but we look forward to continuing to engage with our students on this,” Thimba added.

The possibility of moving to the Quad, though, could be damaging to the Mountaineering Club, its leaders said.

“Many students at Harvard would view the Quad as somewhere that’s perhaps somewhere more out of the way, especially if they’re living in the River Houses,” Sevostianov said.

In addition, the prospective move to the QRAC could risk damaging the strong community the club has built up over the years, some members said.

“There’s kind of a homey aspect to it,” Brown said of the group’s space in Claverly Hall. “One of my big concerns with this new space is that it’s just not going to have the same kind of hominess that facilitates the kind of community we have now.”

Sevostianov said transporting the club’s gear and library collection, which he called one of the “more impressive mountaineering libraries” outside of those belonging to large national groups, could be costly.

Thimba wrote the College would be “covering costs associated with the move.”

Harvard’s mountaineering organization has a rich history as one of the premier climbing clubs in the world. In 1963, members of the Mountaineering Club, including College students and alumni, trekked to Denali, the highest mountain peak in North America, and scaled one of the largest continuous walls in the world. The route has never been replicated and is now known by climbers as the “Harvard Route.”

Sevostianov said the club’s Adams House office used to be the “center of climbing in the world.”

“You read those books, and you know, ‘We start the adventure as we’re going outside of Claverly Hall, we’re about to go to Alaska,’” Sevostianov said. “Those are really inspiring stories, because you sit here and like, wow, the greatest mountaineers in the world were here 50 years ago and I’m sitting where they are now.”

“I’m looking at books that they read,” he added. “This was them.”

Recently, the Mountaineering Club has focused its efforts on local climbs, but continues to take occasional trips overseas—for example, conducting a 2017 expedition to Peru.