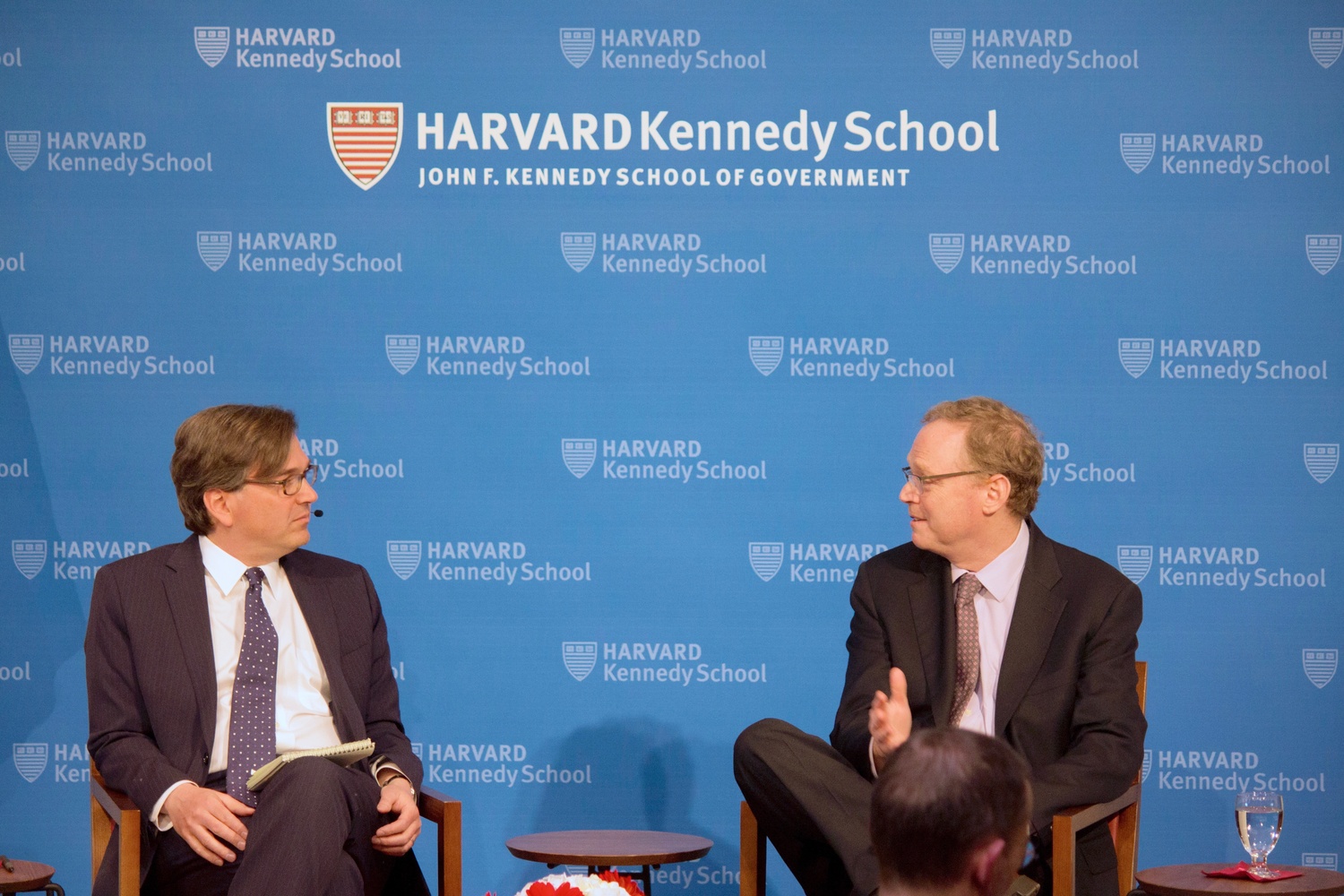 Chairman of the White House Council of Economic Advisors Kevin A. Hassett expressed optimism about President Donald Trump’s economic policy and spoke about his work on economically challenged communities at an Institute of Politics event Thursday.

Furman began by asking what he called “the question is everyone is most interested in” —what it is like to work in the Trump administration.

“It’s not at all like you think. I’m surrounded by people I really like to work with. Everybody’s really nice to me. Nobody’s leaking bad stories about me to the press. We’re serving our country, and our spirits are high,” Hassett said.

Hassett said the hardest part of working in Trump’s White House is the administration’s turnover rate.

“I don’t think I’ve ever been in an organization where people are leaving once a month. I really liked Gary Cohn. I hate to see him go,” he said.

Many of the evening’s questions focused on Trump’s economic policy and the recent tax reform bill. Hassett was enthusiastic about the prospects for growth under Trump’s leadership.

“Everyone’s outlook for growth has gone up a lot, like about a percent,” said Hassett.

Hassett was similarly optimistic about the tax bill.

“The data have been surprising us on the upside already,” he said.

He explained, “If you go pore through the data, you see massive tax effects already in the fourth quarter. There appears to have been anticipatory capital spending.”

Later, Hassett discussed his work on severely economically challenged, or “distressed,” communities. The term “distressed communities” comes from an annual index compiled by the Economic Innovation Group, which ranks the prosperity of communities throughout the country. Hassett was a founding adviser of the group.

At Thursday’s event, Hassett explained how the tax bill provides wealthy companies with incentives to invest in these areas.

Hassett said he hopes “it’s going to become a social norm that the wealthy in our country want to help the distressed communities.”

“I even expect that places like Google or Microsoft will try to enforce the social norms,” he added.

“They set up a very good example for us as students,” Liu, who is from China, said.

“I feel very positive, not only [for] the future of America’s economy, but also [for] China, and the world,” she added.

Furman concluded by asking Hassett about the big questions he is interested in answering in the future.

Looking ahead, Hassett said he is interested in the information revolution. He explained how the widespread availability of information in the modern era forces people to determine for themselves what they think is true.

“I think that we’re living in an information revolution right now, and deciding how it plays out is something that I’m just very obsessed with because it’s a very hard question, and I’m not really sure what the right answer is,” he said.