From Somerville to Allston: Bacow and the Future of SEAS

It will fall to Bacow to make sure this “unprecedented opportunity” does not become, as some faculty called it in 2013, an “Allston bomb.” Many of his colleagues at Harvard said they think he is up to the task.
By Luke W. Vrotsos and Luke W. Xu 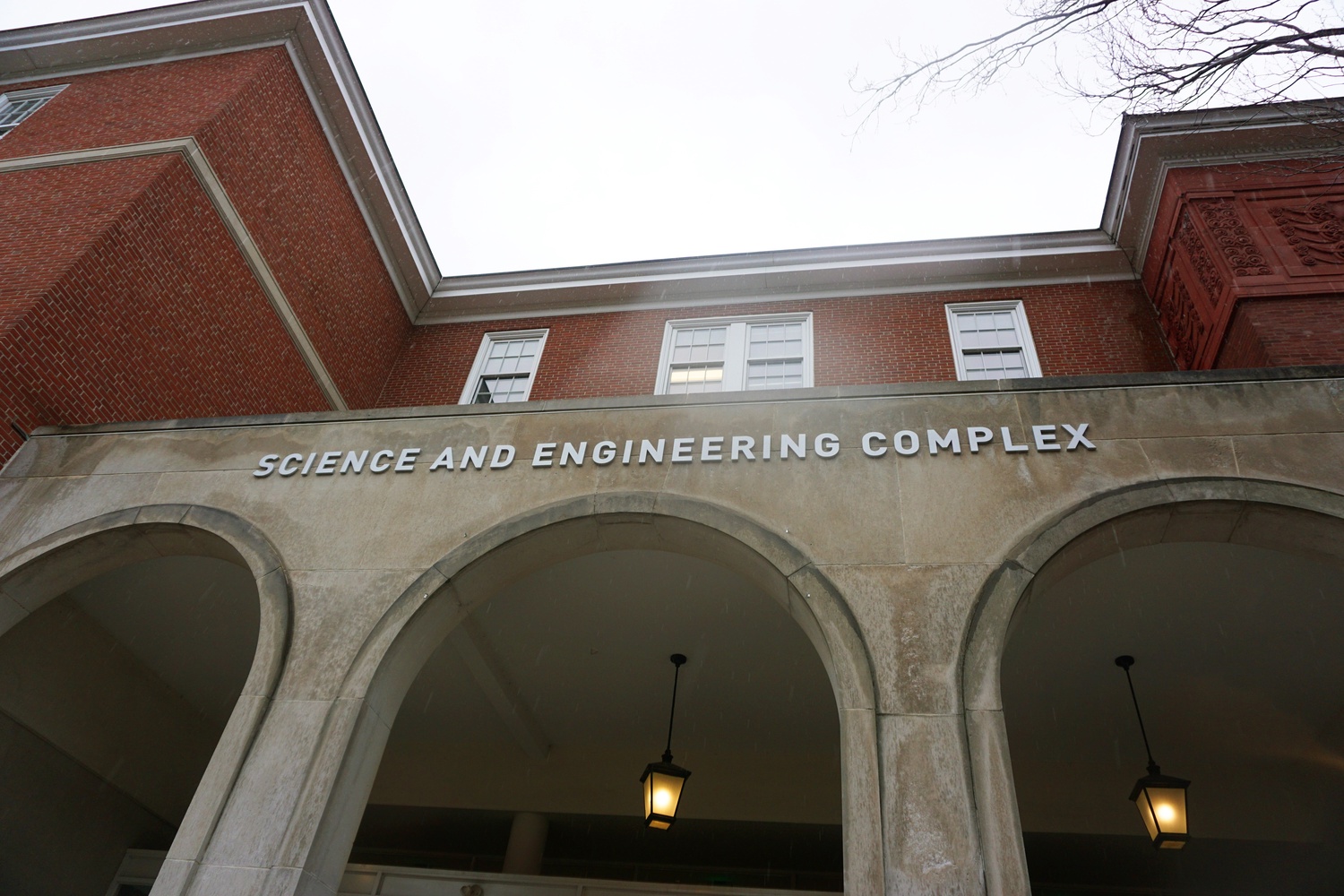 The Science and Engineering Complex is one of the recently completed construction projects completed at Tufts University School of Engineering. By Jasiel D. Lampkin

When Lawrence S. Bacow takes office in July, he will be the third Harvard president to oversee the development of the Allston campus since former University President Lawrence H. Summers first outlined plans for a campus there in 2001.

He will also have roughly a year and a half before the School of Engineering and Applied Sciences emerges from its Cambridge chrysalis and migrates across the river.

The University's presence in Allston was a central issue during the search for Harvard's 29th president. The committee met with Dean of SEAS Francis J. Doyle III multiple times in the early stage of the search. In a February interview, Shirley M. Tilghman, a Corporation and search committee member, called the campus “a once-in-a-century opportunity” with national potential.

With its new campus, SEAS will be able to provide more opportunities than ever to its faculty and student bodies, both of which have grown at breakneck pace. The campus will also bring Harvard’s ambitions to become an engineering powerhouse on the scale of rivals MIT and Stanford closer to fruition than ever before.

But the University’s project in Allston entails more complications than just managing SEAS expansion. Harvard’s relations with neighboring Allston have been rocky at times, and many Allston residents have expressed skepticism—if not downright displeasure— about the construction site and its eventual occupants.

It will fall to Bacow to make sure this “unprecedented opportunity” does not become, as some faculty called it in 2013, an “Allston bomb.” Many of his colleagues at Harvard said they think he is up to the task.

Top administrators at Harvard, like Doyle and University President Drew G. Faust, said they have faith in Bacow’s ability to manage the Allston campus.

Doyle said he thinks Bacow’s time at MIT and Tufts—he served as president of the latter—will give him a “perspective that’s different when it comes to things like engineering and the connection to the private sector.”

“I think he'll resonate with me on some opportunities I perceive that Harvard is only now positioned to be able to do in things like working with industry partnerships for students, for recruiting, for internships, for faculty projects, for a whole host of things,” he said. “So I’m really excited to sort of tap the expertise that he's built up at both his Tufts and his MIT experience.”

The presidential transition marks a seismic shift at SEAS—from a “growing phase” to a “launching phase," Doyle said.

“We've gotten a wonderful gift like Paulson’s gift, we've got these new buildings opening up, we've got a critical mass of students and faculty now,” Doyle said, referring to a $400 million gift billionaire John A. Paulson gave the school in 2015. “So what we do with that, how we capitalize on the opportunity that Drew has helped us grow, is the challenge for Larry and I going together.”

Both Doyle and Faust said they were impressed by Bacow’s extensive knowledge of Harvard’s Allston holdings—a knowledge built up over time while he served on the Harvard Corporation, the University's highest governing body.

Bacow joined the Corporation in 2011; he is still a member, though he will need to step down before he takes office as president. As a member of the Corporation, Bacow served on Harvard's official presidential search committee—until Dec. 2017, that is, when he stepped down to assume the role of candidate

Doyle said Bacow spent a lot of time working on issues related to Allston while on the Corporation. Doyle added he felt “buoyed” by “the fact that Larry comes in with momentum in thinking about the opportunity for Harvard, what we can do in Allston.”

“He was already focused on Allston,” Doyle said. “It was one of his assignments within the Corporation, so we spent quite a bit of time talking about Allston.”

In a March interview, Faust said Bacow spoke about Allston “with a degree of expertise, engagement, and granularity about real estate matters.”

“He got to the end of his sentence and I said, 'I’ll tell you, Larry, my reaction to this is wow, how lucky Harvard is to have a president that knows all this about real estate at a moment when we’re developing the enterprise research campus,'” she said.

Bacow's time on the Corporation, though, was hardly the president-elect's first foray into the world of engineering expansion.

At both universities where he has held high-level administrative positions in the past, Tufts and MIT, Bacow was responsible for a large engineering contingency—even larger than Harvard’s.

While at MIT, Bacow’s position as chancellor meant he was forced to oversee all of the institute’s departments, including its large engineering faculty.

“He was good about thinking about things strategically. If you wanted to talk to him about direction, he was a good person to talk with,” said John Guttag, former head of MIT’s department of electrical engineering and computer science.

“So I was a great admirer of his. I thought he was really good at what he did at MIT,” Guttag added.

After MIT, Bacow became president at nearby Tufts, where in 2003 he and his new provost recruited a dean for the University’s engineering school, Linda M. Abriola, formerly of the University of Michigan. 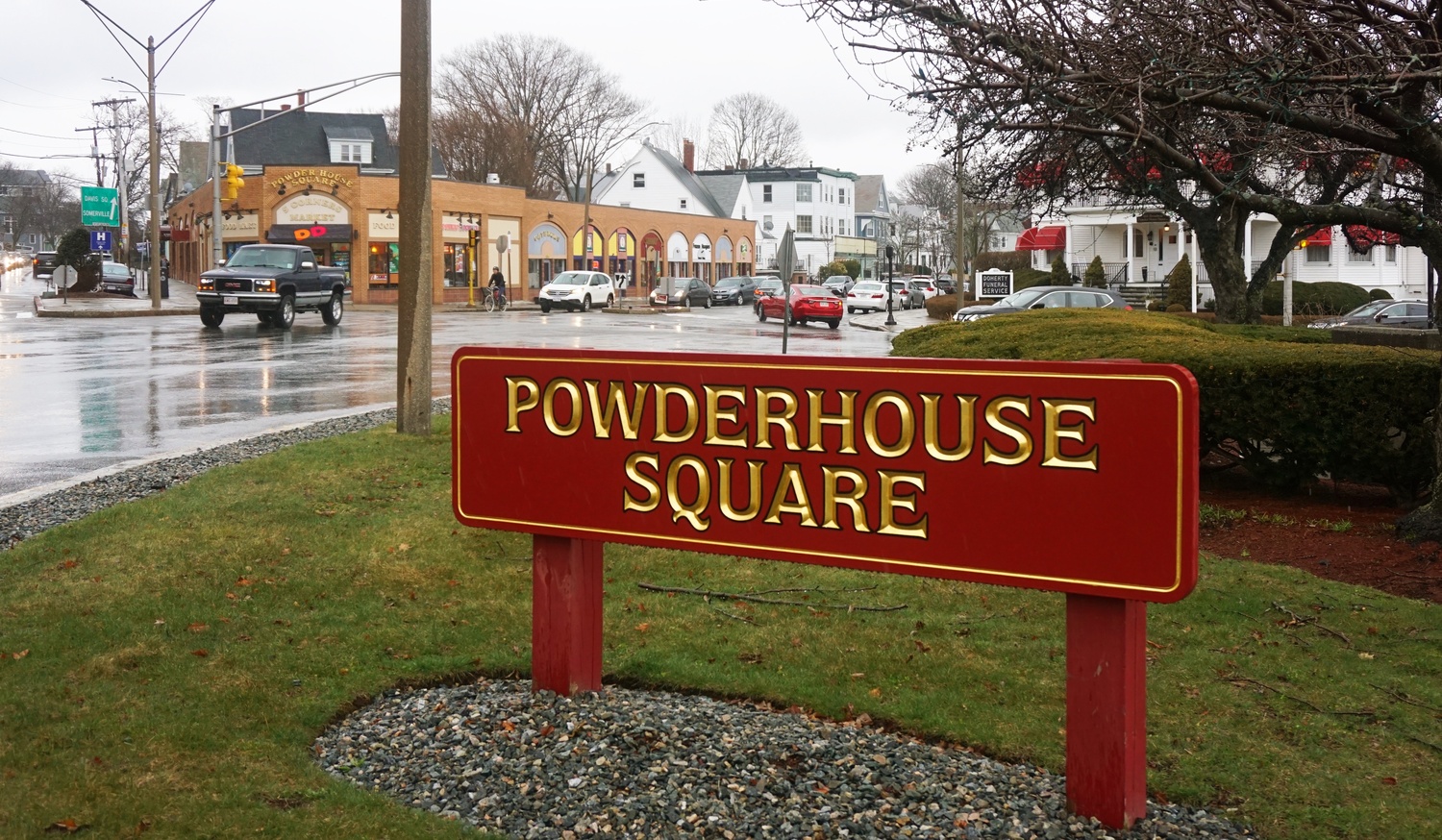 Powderhouse Square is located in Somerville, near Tufts University. By Jasiel D. Lampkin

“He is the reason I came to Tufts. I was extremely impressed by his vision for the university,” Abriola said. “I was excited by the opportunity to work with him and build the engineering school there.”

During Bacow’s term as president, Tufts enlarged its engineering faculty by about 20 professors, according to Abriola.

“It was quite a significant expansion of the faculty of the school,” she said.

Abriola said one of her top priorities during her deanship was to expand the research presence of Tufts’s school.

Engineering faculty at Tufts also spoke positively of Bacow’s leadership at the school.

“I saw him as very much somebody that was very approachable, easy to talk to,” said Chris B. Rogers, chair of the department of mechanical engineering at Tufts.

He added that Bacow was supportive of fundraising efforts for the Center for Engineering Education and Outreach at Tufts, which Rogers from 2003 to 2014.

While SEAS expansion brings challenges on the institutional front, there are also hurdles inherent to expanding into a new neighborhood. As construction concludes, and as Harvard students, faculty, and affiliates begin crossing over to Allston regularly, Bacow will need to mediate historically strained town-gown relations.

In recent decades, Harvard has come under heavy criticism for its handling of University affairs in Allston. In June 1997, Harvard announced it had secretly spent $88 million to acquire 52.6 acres of land in Allston between 1988 and 1994, a move many Allstonians saw as an unwelcome and deceptive intrusion.

Bacow, however, has experience navigating this kind of terrain. While he was at Tufts, Bacow dealt often with a town-gown relationship similar to that of Harvard-Allston: that between Tufts and Somerville.

“Those of us who grew up [in Somerville] remember the days when there was barbed wire around the campus of Tufts,” said Joseph Curtatone, the city’s mayor since 2004 and a longtime Somerville resident.

“There was always, from a Somerville perspective at least, this feeling that we just weren’t appreciated by the university,” he added.

During his time as president of Tufts, Bacow made attempts to mend historically rocky relations with the city.

In 2004, he negotiated a 10-year deal with the cities of Medford and Somerville that gave each city an average of $125,000 per year, the first such agreement between Tufts and its home cities.

The agreement promised “additional consideration” in the application process for local students, who would be eligible for special financial aid. Residents who wanted to audit Tufts classes were also eligible for reduced tuition.

“He really started to build a bridge away from the old, gated approach toward our city to one of inclusiveness,” Curtatone said. “He earned the respect and credibility of everyone in our community.”

Martha Pierce, education adviser to former Boston Mayor Thomas M. Menino, wrote in an email that Bacow’s work was well received in the city, which is home to the university’s medical campus.

“There is no question that Larry dramatically advanced the relationship between the City of Boston and Tufts,” she wrote. “Mayor Menino often referred to Tufts as a leader, and Larry as the model President.”

But for some Somerville residents, Bacow’s efforts fell short in establishing a positive relationship between the city and the university.

“One of his lasting legacies here in the community is that he basically continued the Tufts policy of increasing student enrollment without building new dormitories on campus. While he was president, there was just one relatively small one that was built in 2006,” Beuchert said.

Dorothy DiMarzo, another Somerville resident, agreed with Beuchert, saying the increase of students in the Somerville area increased demand for housing.

“It drives the prices up,” she said.

DiMarzo and Beuchert also pointed to the $125,000-per-year agreement as insufficient to fund city operations.

“Really that turns out to be very little, when you analyze the overall situation and how much it costs Somerville to support Tufts,” Beuchert said.

The issue of payment in lieu of taxes—PILOT—as these agreements are often called, will be a salient one for Bacow as he manages Harvard’s presence in Allston. Boston calculates a recommended payment for every nonprofit entity within its borders.

In fiscal year 2017, the city requested $569,899 from Tufts for its Longwood campus, which Tufts paid in full. The same year, Harvard did not match Boston’s recommended PILOT contribution of $6.1 million for its properties in the city.

Asked to respond to criticisms of Bacow, Harvard spokesperson Melodie L. Jackson did not directly answer. She separately pointed to Harvard's past record of making PILOT payments.

“Harvard has a long history of making regular and consistent voluntary PILOT payments to its host communities,” Jackson wrote in an email.

“The university seeks to strike an appropriate balance between taxes, voluntary payments in lieu of taxes, and funding direct mission-related programming in our neighborhoods,” she wrote.

In a letter to Harvard affiliates in 2003, Summers wrote he was tentatively optimistic “for the future of Harvard’s expansion."

“Planning for how best to take advantage of the Allston opportunity poses an uncommonly challenging task," he wrote.

A previous version of this article incorrectly indicated Chris B. Rogers still directs the Center for Engineering Education and Outreach at Tufts. In fact, Rogers directed the center from 2003 to 2014 and no longer holds that position.