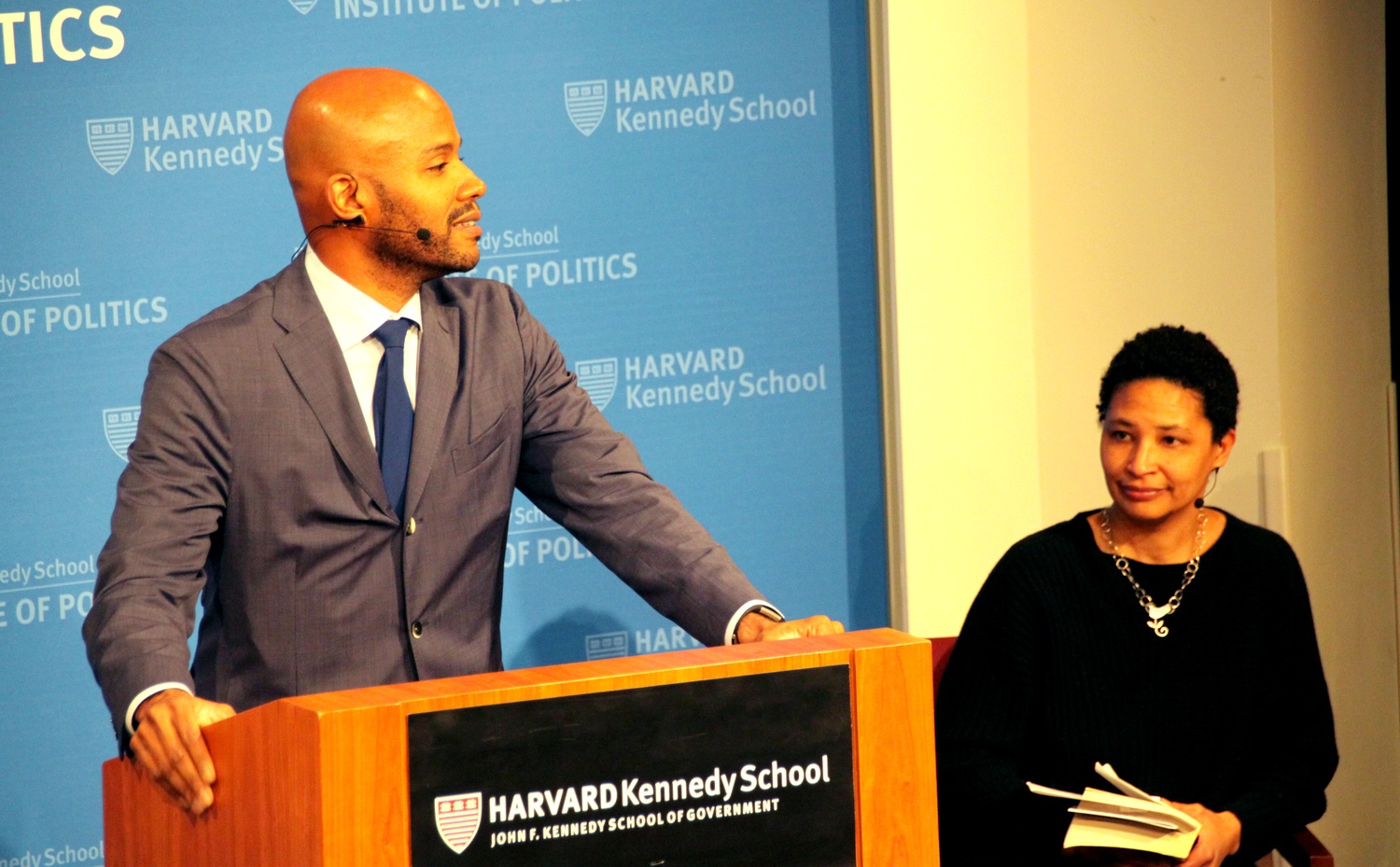 On Friday, the Hutchins Center for African and African American Research held a day-long symposium to reflect on Dr. Martin Luther King Jr.’s life and legacy, 50 years after his assassination.

The event comprised three panels titled “Transformations and Reflections,” “Social Justice: Changing the World,” and “Civil Rights: Looking Back, Moving Forward.” The 15 panelists, each experts in their fields, discussed topics ranging from King’s philosophy to the status of black America today. Students from the Harvard Black Men’s Forum, the Association of Black Harvard Women, and the Harvard Black Student Alliance served as moderators.

The two speakers also said that, despite these steps forward, many obstacles still stand in the way of racial equality. Citing ongoing economic and social injustices, Bobo and Gates asserted King’s mission is far from complete. Both said they hoped the symposium would inspire continued activism.

“I hope it is dedicated to King’s fervent pursuit of justice and moral courage in the face of resistance and doubt,” Bobo said.

“Anybody who cares about overcoming injustice and the future of democracy, the ideal of equality—there's just no way around wrestling with what he's left,” Terry said.

Executive Director of the Hutchins Center Abby Wolf said she hopes the symposium will teach attendees about King’s indomitable spirit.

“King, even though there were junctures where he didn't know which way to go, he just kept going and kept figuring out a path, and I think given our current climate, there's a lot of despair and frustration and feeling like we're not getting out of this very well,” she said.

Near the end of the event, University Professor Danielle S. Allen, who chaired the Presidential Task Force on Inclusion and Belonging, delivered the keynote address, speaking to an audience of around 200. She covered a range of subjects linking King’s activism to campus culture.

“Students don't serve a role on very many committees, their voices don't enter into the decision making processes,” Allen said. “This speaks to the issue of how you bring in everybody.”

She concluded by directly addressing the students in attendance.

“The revolutionary architecture was done by 30 year olds. We forget that because the paintings always have white wigs,” Allen said. “So I'm always saying to my students, 'Ok people—it's you guys!'”

Allen, in an interview before the event, emphasized the importance of a shared understanding of history when working to achieve progress.

“Those discussions aren't solely for our membership, they're for the entire Harvard community,” he said.