Raimondo, a Democrat and the first female governor of the Ocean State, fondly remembers her time at Harvard.
By Annie C. Doris 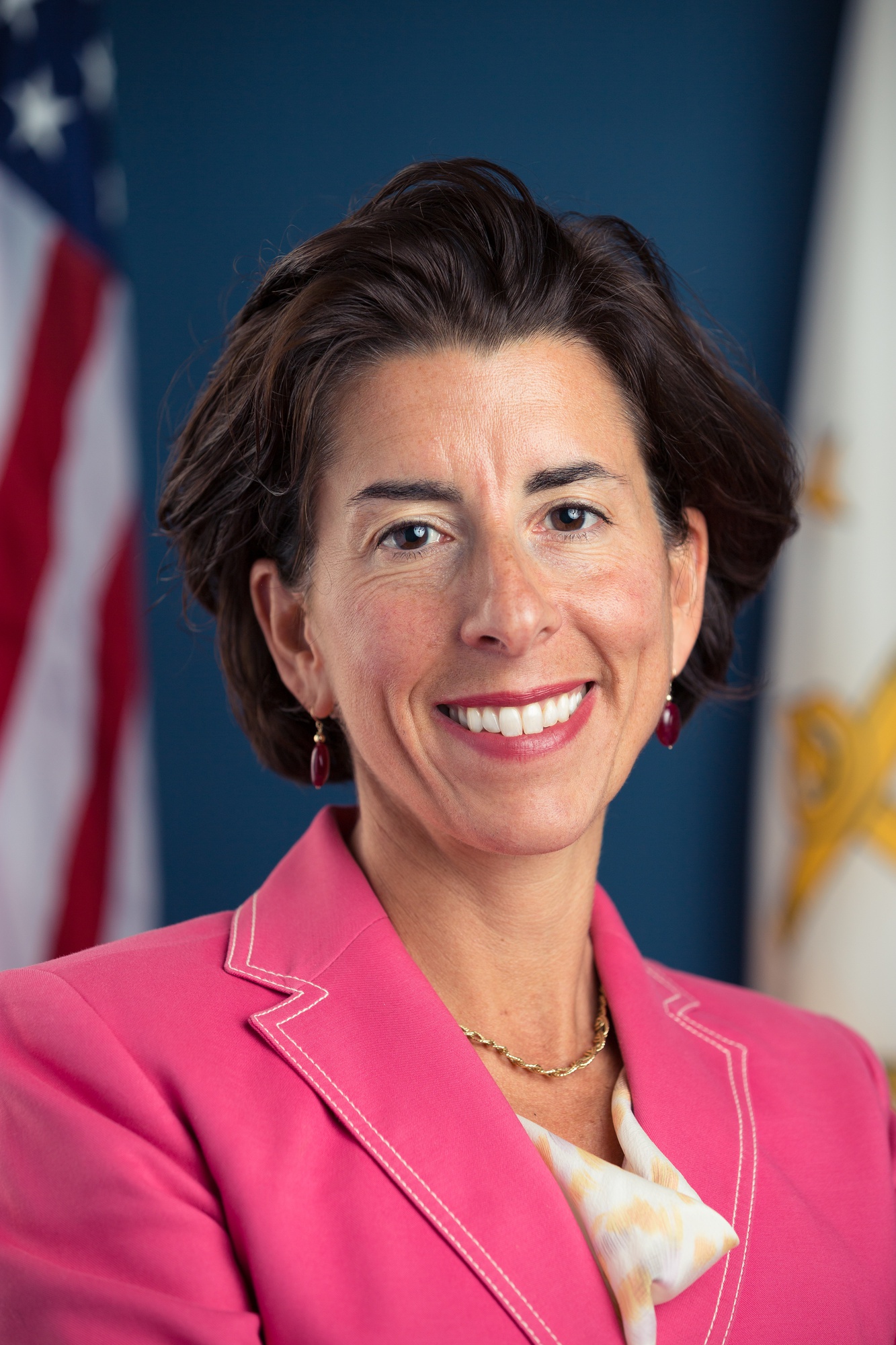 Gina Raimondo '93 currently serves as the governor of Rhode Island.

She secured a Rhodes Scholarship, obtained a degree at Yale Law School, started her own venture capital firm, and currently serves as Governor of Rhode Island. Next week, Raimondo will lead the alumni procession at Harvard’s 367th Commencement as chief marshal.

Raimondo, a Democrat and the first female governor of the Ocean State, fondly remembers her time at Harvard. She says it was a formative period in her life—and she says she relishes the chance to return for Commencement.

“Governor Raimondo represents the very best of American leadership,” Prasad wrote in an emailed statement. “She exemplifies the best Harvard has to give to society.”

Raimondo, who is of Italian-American descent, grew up in Smithfield, Rhode Island. She says she was accepted to Harvard at a particularly difficult time for her family.

“The factory my dad worked at had closed and he’d lost his job, but my mom told me that if I wanted to go [to Harvard], they would do whatever it takes to make it work,” Raimondo wrote in an email. “Getting in—and realizing I could go—was a pivotal moment for me, and it was an opportunity that has shaped my life in so many ways since.” 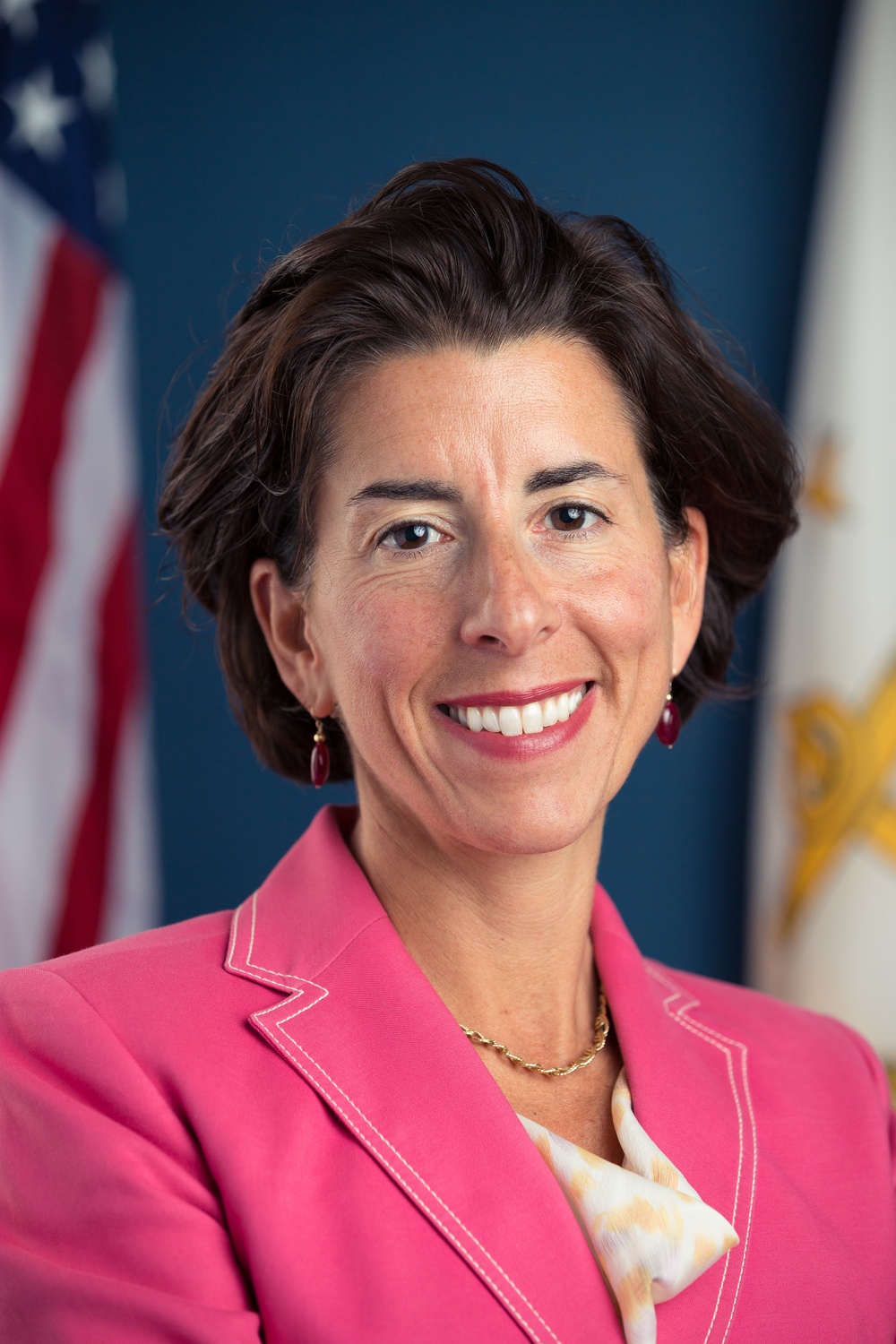 Gina Raimondo '93 currently serves as the governor of Rhode Island. By Courtesy of Gina Raimondo
Advertisement

Raimondo said her time at the College in large part defined her professional life.

“I will forever be grateful to Harvard for teaching me how to think critically, ask the right questions, and analyze the world in new and different ways,” Raimondo wrote in her candidacy statement for class marshal.

Jeffrey B. Liebman, professor of economics and director of the Government Performance Lab, which provides pro bono assistance to city and state agencies across the United States, said he has worked closely with Raimondo.

“Governor Raimondo has both a deeply analytic mind—you can definitely tell that she was a top undergraduate Economics major at Harvard—but also the ability to take complex policy choices and just really understand how they will affect real people in Cranston and in Woonsocket,” Liebman said. “When you get that combination in a senior government leader, you get really good decision making.”

At Harvard, Raimondo took on demanding extracurriculars, joining organizations including The Crimson’s business board. She also participated in the Radcliffe Rugby Club.

“I played rugby at Harvard, which I like to joke was good training for a career in politics!” she wrote.

A RHODES SCHOLAR, A LIBRARY LOVER

An academic powerhouse, Raimondo received the prestigious Rhodes Scholarship after graduating from the College. She then continued her schooling at Oxford University.

After obtaining a masters in sociology from Oxford, Raimondo enrolled in the J.D. program at Yale Law School. Raimondo wrote in an email that her strong belief in equality and social and criminal justice encouraged her to pursue a career in law.

“I was involved in a number of clinics—the housing clinic, the poverty clinic. I loved that kind of advocacy law,” she wrote. “It was so eye-opening for me, and I really believe that these experiences make me a better governor today.”

Raimondo then took her economics expertise to the business world, first working at Village Ventures before founding her own venture capital firm, Point Judith Capital. Point Judith has invested in companies like Nest and Expensify.

Later, though—as Rhode Island faced the closure of a number of libraries during the Great Recession—Raimondo found herself transitioning from the private sector to the public sector.

“My grandfather learned English at his local public library, and it was hearing about the closure of libraries around the state that inspired me to get involved with public service,” Raimondo wrote.

A year after she took on the position, she embarked on a reform of the Rhode Island pension system for public employees in 2011. Raimondo’s reform drew national headlines.

“When I first became Treasurer, Rhode Island’s pension system was a catastrophe waiting to happen,” Raimondo wrote. “Unless we did something fast, it would take 20 percent of each taxpayer dollar to support pensions.”

Raimondo wrote she was “vehemently opposed” to increasing taxes to support the pension system.

“So we made some tough choices to raise retiree ages, tie cost-of-living adjustments to investment returns and the funding level of the pension system, and replace some guaranteed pension benefits with a 401(k)-style plan,” Raimondo wrote.

Using her role as treasurer as a springboard, Raimondo ran and was elected governor of Rhode Island in 2014. She now serves as the state’s first female governor.

The gubernatorial election was a close one. While Raimondo won her position as general treasurer with ease—she received more votes than any other state candidate on the ballot in the 2010 elections—she carried the 2014 gubernatorial election with just 40.7 percent of votes cast against two other candidates. She was the first Democrat elected to lead Rhode Island since 1995.

Raimond has focused on improving educational opportunities for children living in Rhode Island. She cited one of her proudest moments as signing the into law the 2017 Rhode Island Promise Scholarship, which enables all of the state’s high school graduates to attend community college tuition-free.

“It’s a game-changer,” Raimondo wrote. “In the first year alone, we saw a 43% increase in the number of full-time, recent high school graduates and a 500% increase in students of color who are on track to graduate in two years.”

But not all of her time leading the Ocean State has been rosy. Rhode Island Republicans have criticized Raimondo for what they call her lack of transparency regarding an undisclosed fundraising deal with the Providence Democratic Committee.

Raimondo wrote that, if elected to a second term, she will continue to work to improve Rhode Island’s education system and job training programs given she sees them as a “a top priority.”

“[Raimondo has] created a culture of urgency around fixing state agencies,” Liebman said. “When someone tells her it will take eight months to fix something, she asks why it can’t be done in three months.”