A Letter From the Class Marshals

The Class Marshals for the Class of 2018 reflect.
By Berkeley E. Brown and Wyatt M. Robertson 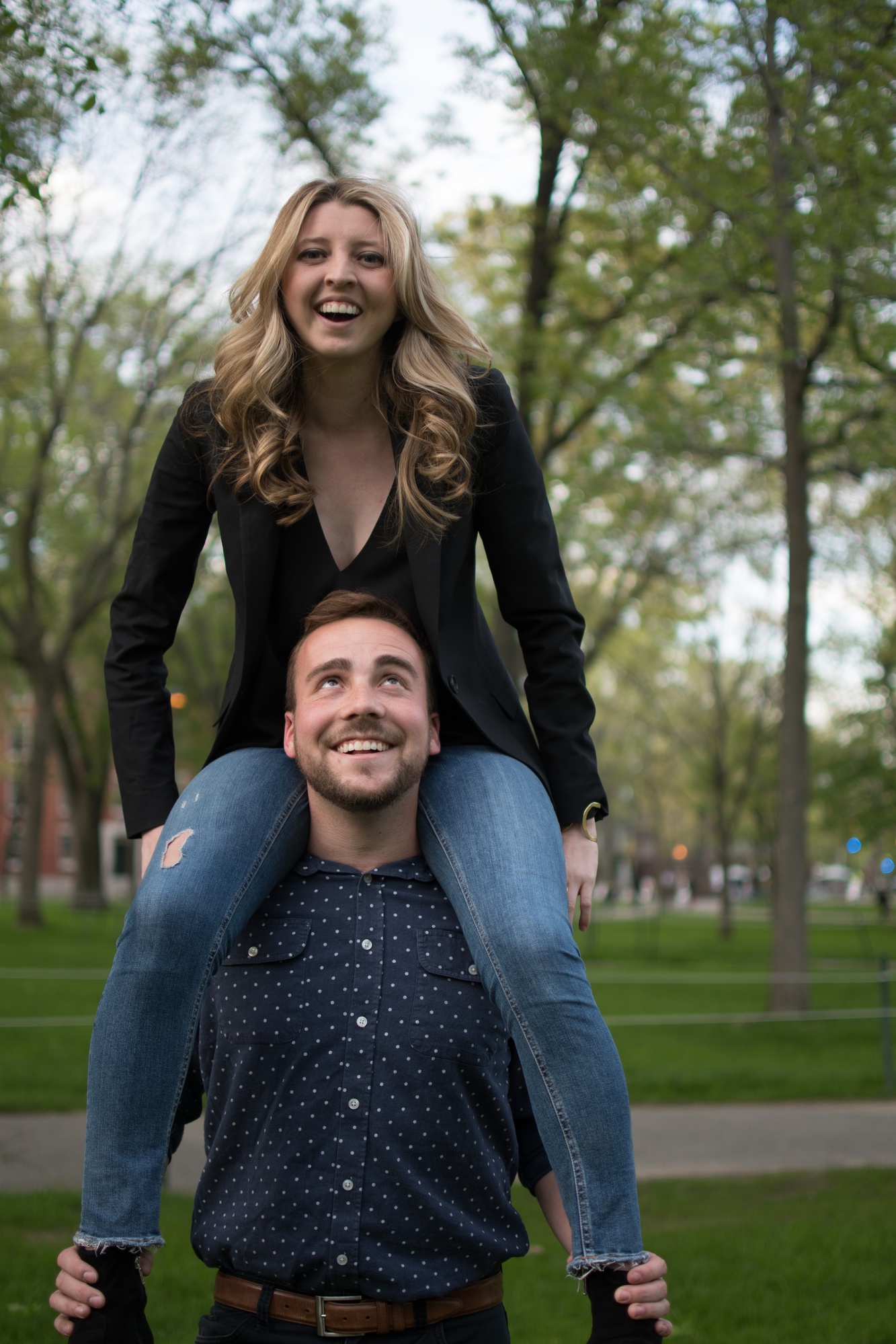 Our four years at Harvard have been amazing but tumultuous, even if you take into account Harvard’s almost 400-year history. Our freshman year was Dean Rakesh Khurana’s first year as Dean of the College, and we were the first ones to be reminded consistently of the transformative power of our education. We watched as you all strutted your Halloween costumes down a catwalk at Haunted Hall, and stumbled back and forth between the Science Center Plaza and your freshman dorm for the first on-campus Freshman Formal. In our sophomore year, we shared existential crises on concentration declaration day, briefly united before pursuing our unique academic trajectories. Later that year, Harvard’s administration announced sanctions against single-gender social organizations, and for the ensuing years we would thoughtfully debate, critique, and consider the implications of the policy for our community. In our junior year, we had more existential crises as we navigated extracurriculars, potential thesis topics, travels abroad, and how to make the most of the time remaining. In the midst of it all, we used plastic forks in the dining hall, organized sit-ins, and protested alongside dining hall workers during the Harvard University Dining Services strike. 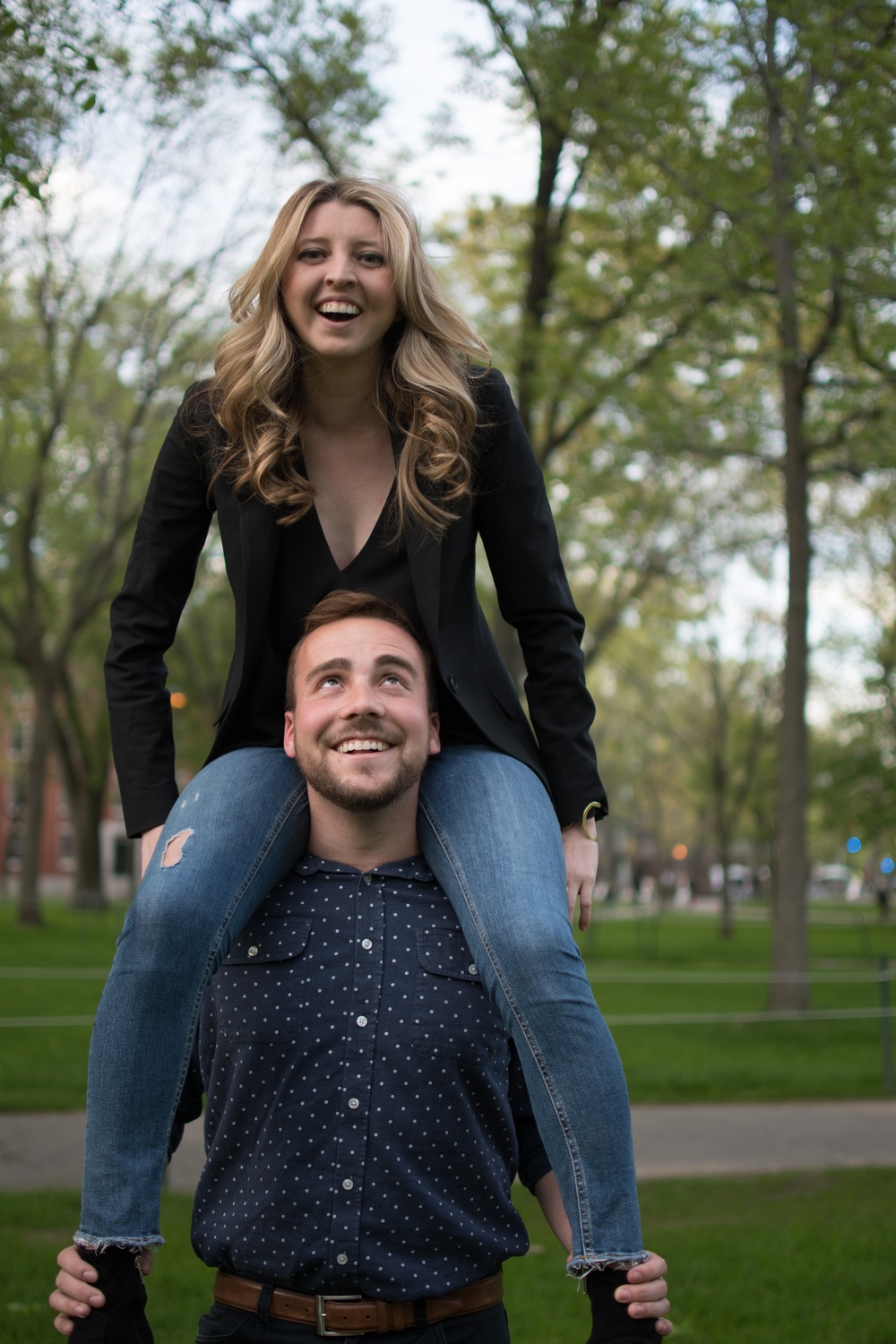 And then came Senior Year. We came together time after time, at Senior Bars and Real World Series events, to let off some steam; to commiserate; and to celebrate thesising, post-grad plans, and our Match18 selections. Throughout all of this, we, again, critiqued Harvard, debated its policies, and tried to shape it in a way that reflected our values.

Nationally and internationally, it has been a notable four years: Brexit, Marriage Equality, Black Lives Matter, the Women’s March, international populist movements, the election of President Donald Trump, the travel ban, the #MeToo movement. At Harvard, students from all walks of life came together in support of our classmates, be it taking part in Black Lives Matter rallies, protesting the end of the Deferred Action for Childhood Arrivals program, or simply taking time to stop and listen to our affected peers. This list does not begin to encompass the extent of our class’s activism, but it speaks to the magnitude of the issues which have informed our time at Harvard, both in the classroom and outside of it.

In short, there has not been a “normal” year at Harvard. Perhaps there is no such thing. But perhaps more than any other class, we’ve been acutely aware of Harvard’s successes and its faults, and we’ve held Harvard to a high standard because we believed it should be at the vanguard of inclusivity, innovation, and excellence in all that it does. We’ve critiqued Harvard because we believe in its transformative power (that’s right, Dean Khurana—we were listening the whole time).

As the first and second class marshals, we’ve seen the power of building a cohesive class identity senior year, of coming together as part of a broader community even as we pursue divergent paths. Our dream is for all Harvard students to have this sense of community and support every year at Harvard, not just through Freshman Week or Senior Bars. Class community should not exist merely for freshmen and for seniors, especially since the Task Force on Inclusion and Belonging showed that a sense of belonging decreases among sophomores and juniors.

In our four years, we, along with many of you in our class, have worked hard to increase support, funding, and programming for sophomores and juniors in an effort to build class community. Our sophomore year, a concentration declaration event, “Be There. Be Declared.” was organized for sophomores to celebrate declaring their concentrations in Annenberg Hall. Our junior year, many of you attended the “Class of 2018 Reflects,” an event which provided a moment to pause and reflect on past experiences before entering senior year. Last November, over 700 students signed a petition to put a referendum question on the Undergraduate Council’s presidential election ballot asking if the College should create more class-wide programming for sophomores and juniors, a measure that passed successfully.

Our Class of 2018 is not alone in trying to push for class-wide programming and community for sophomores and juniors. A Sophomore Class Day was organized in Fall 2013 by members of the Undergraduate Council. It did not happen again. In 2016, another sophomore declaration event was organized, but in 2017 the class was divided into the Houses to celebrate this important milestone. Across class years and across different student groups, Harvard students want to build more community. However, when key student and administration champions of sophomore and junior class events leave Harvard, current students are often left reinventing the wheel or starting from scratch when building class community. This should not be the case.

The Office of Student Life and Freshman Dean’s Office—soon to be the Dean of Students Office—are making huge strides in this area, but we hope that faculty, staff, students, and alumni all prioritize support for students of all years, ideally in the form of sustained, cohesive class-wide community events for everyone, regardless of House or extracurricular affiliation.

Previous First Marshals, such as Nina M. Yancy ’13, Jen Q. Zhu ’14, Sietse K. Goffard ’15, Reylon A. Yount ’16, and Riya N. Patel ’17 have told us the importance of building class community every year on campus, in order to sustain a cohesive alumni community after graduation. While we have done our part toward building this community senior year, we believe that there should be more programming tailored to the needs of students at each stage of their Harvard experience. This isn’t a panacea for increased inclusivity and belonging at Harvard, but we believe it is a step in the right direction.

But, more than anything, we want to leave Harvard with a note of gratitude. Thank you, Class of 2018, for being an amazing, diverse, thoughtful, passionate, and brilliant class with whom to spend our last four years. We love this class, and we believe that you will significantly and genuinely make an impact on the communities of which you will be part. You will all go out and continue to understand, question, and debate your world, and you will leave the world better because of it. In short, we believe in Harvard not because of its long and storied traditions, but because we believe in you.

Thank you, Class of 2018, and congratulations! We did it!

Berkeley E. Brown ’18, a Social Studies concentrator in Lowell House, is First Marshal of the College’s Class of 2018.

Wyatt M. Robertson ’18, a Psychology concentrator in Quincy House, is Second Marshal of the College’s Class of 2018.