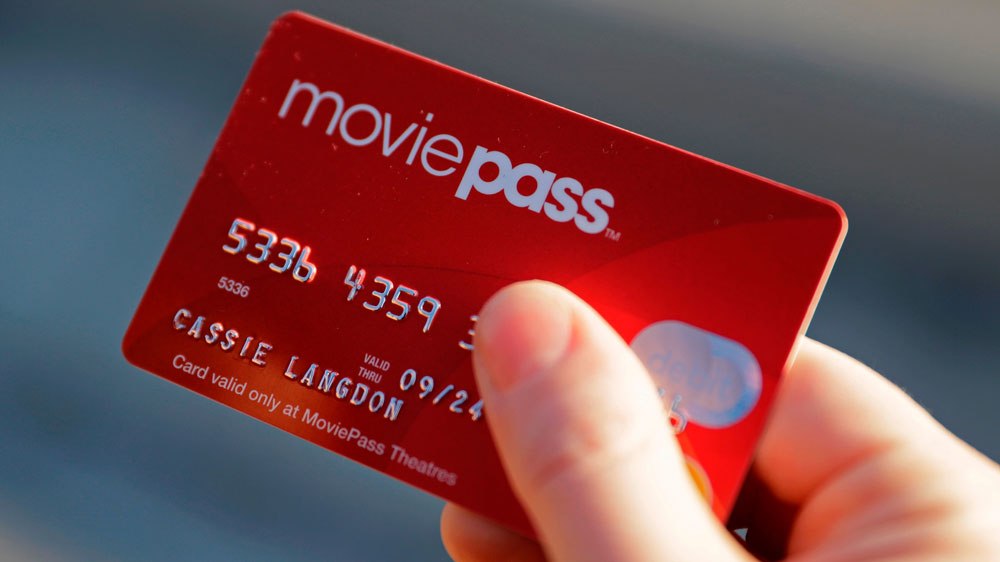 The MoviePass card allowed users to "buy" one movie ticket per day, at only $10/month. By Courtesy of the Associated Press
By Allison S. Chang, Crimson Staff Writer

Earlier this month, we finally bid farewell to MoviePass, the film industry’s purest and most innocent sweet summer child. It’s hard to believe it was only last March that I registered for the service, my naïve young heart full of wonder and hope. I ignored the little voice in my head telling me it was impossible, that a company letting me see a movie in theaters every day for just $9.95 per month was never going to last. At the time, it didn’t matter. MoviePass was cool. I was cool.

I carried my personalized red plastic card everywhere I went, signaling membership in what felt like the preeminent modern cinephiles’ club. I watched trailers and read reviews, striving to become a better, more cultured version of myself. Then there was a slight hiccup: After seeing one very obscure film (“Avengers: Infinity War”), I lost my wallet at a Philadelphia steakhouse with my MoviePass card inside.

Obtaining a new card was nothing serious, I was sure. After all, my debit card could do far more damage in the wrong hands, and it had taken just minutes to replace. The MoviePass app housed a customer service chatbot which, strangely, only operated during certain weekday hours. The chatbot eventually directed me to a phone line that placed me on eternal hold. “You guys doing okay over there?” I wanted to ask, but there was no one to answer my call.

Months before the company reported eight-figure annual losses that nearly ruined its investors, I realized something was fundamentally amiss. It was hard to imagine the company making money off of anyone. After all, every MoviePass member I knew was a serious film buff, and every film buff I knew had MoviePass. In the end, I gave up on my lost card and let them keep my money. Clearly, they needed it more than I did.

Do I have regrets? Sure, I wish I’d seen a movie more highbrow than “Avengers: Infinity War." But besides that, no, I do not. MoviePass garnered little sympathy during its painful, well-publicized decline; indeed, many sneered at what seemed like a refusal to die. Its selection dwindled and its subscriber base fled, but the company maintained its quixotic vision until the end.

It just wanted to save the movies. What’s so wrong with that?

—Staff writer Allison S. Chang can be reached at allison.chang@thecrimson.com