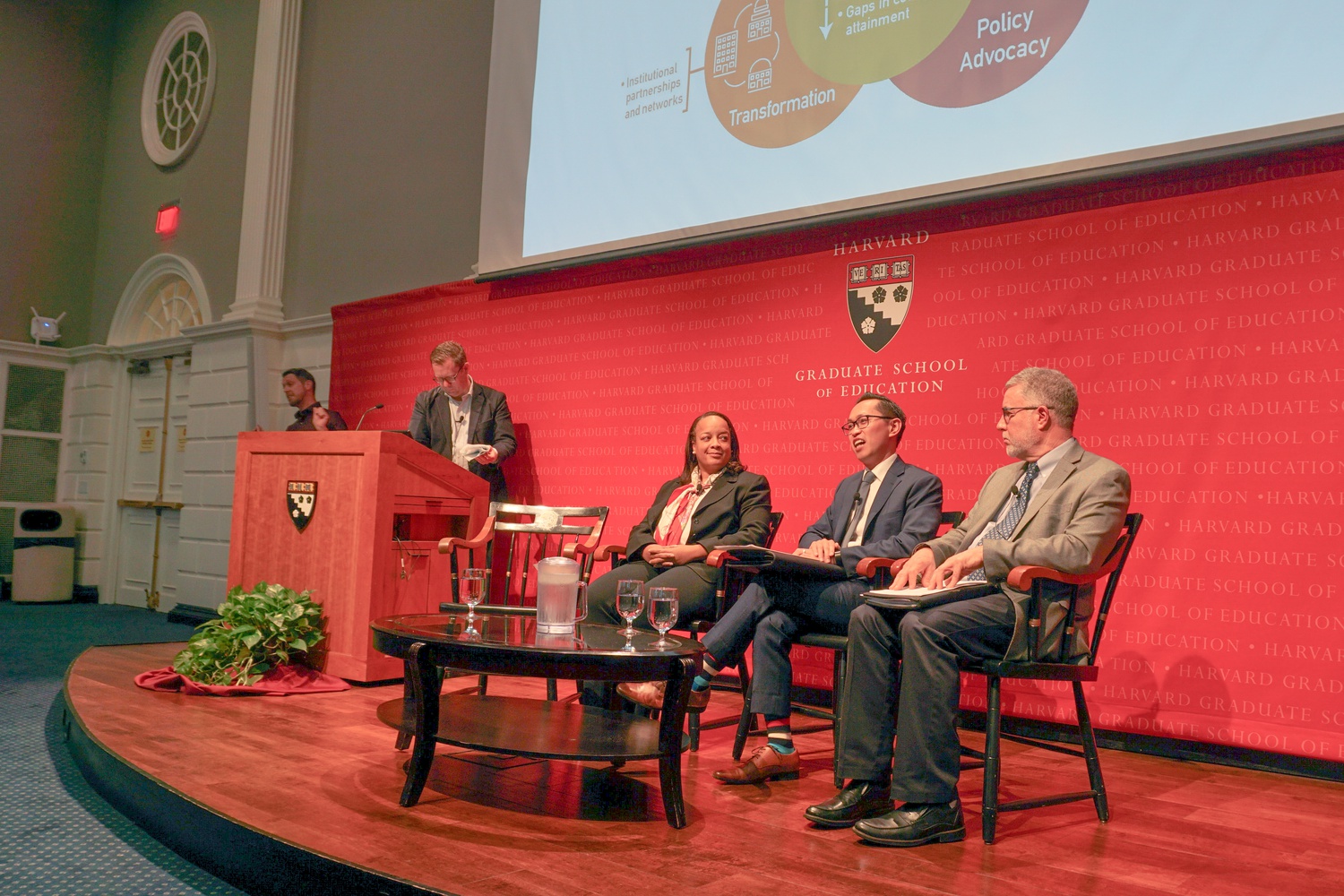 Post-secondary education leaders highlighted the need for universities to adopt student-centered decision making during a panel on increasing student success in college at the Harvard Graduate School of Education on Friday evening.

The event was held in conjunction with the Institute for Education Management’s 50th anniversary symposium. IEM is the nation’s longest running professional development program for college leaders, according to its website.

Dean of the Graduate School of Education Bridget T. Long, one of the three panelists, stressed the responsibility of higher education institutions to “meet students where they are,” both academically and mentally.

Long argued that colleges must inform students about expectations when they apply and arrive at their schools, pointing to a lack of clarity in government forms such as the Free Application for Federal Student Aid.

“Some of my work has revolved around the FAFSA,” she said. “And when you’re talking with a lot of families, particularly low income families, first-generation families, they don’t realize that forms like forms like the FAFSA are just for information gathering. They think that they’re committing to something.”

James P. Honan, a panelist and a senior lecturer at the Graduate School of Education, discussed educational institutions’ allocation of funds.

“Do we have finance data? Do we actually use it in resource allocation conversations around student success?” he asked.

Archie Cubarrubia, a deputy director at the Bill and Melinda Gates Foundation, addressed the role of private organizations like the Gates Foundation in increasing accessibility for students to attend college. He noted that, despite these efforts, “we know that barriers that contribute to opportunity gaps in post-secondary education still exist.”

The event concluded with a question and answer session from audience members hailing from schools all over the country.

“What I didn’t hear a lot about is it’s pretty well documented that our students are coming to us today with more emotional issues than they have ever had,” Dean of Mississippi State University's College of Education Richard L. Blackbourn said. “I personally have faculty that are struggling with how to work with these students.”

Cubrrubia responded that it was imporatnt to cultivating a sense of camaraderie at institutions.

“The institutions where we see the student success agenda thriving, there’s this notion that the institutional community is family,” Cubrrubia said. “It means looking at everybody — faculty, staff, students — as a whole person.”

Wick Sloan, a retired Bunker Hill Community College instructor who now writes columns for Inside Higher Ed, asked about the disproportionate levels of funding that are allotted at different institutions. He asked about discrepancies in “funding or spending per student” between community colleges, state schools, and elite private institutions.

“I’ve looked at all the finance data, and I don’t think you want a long lecture in that, but it is going to say it’s going to depend,” Long said. “It depends on what’s their field of study, what are they trying to accomplish, what are their goals and so forth.”

“I don’t know what the optimal number is, but I can tell you that we’re very far from it,” she added. “Equality is not what we’re going for, we’re going for equity. And so part of the major problem is the students who need the most in terms of resources and supports to help them navigate complicated lives and challenges are receiving the least.”