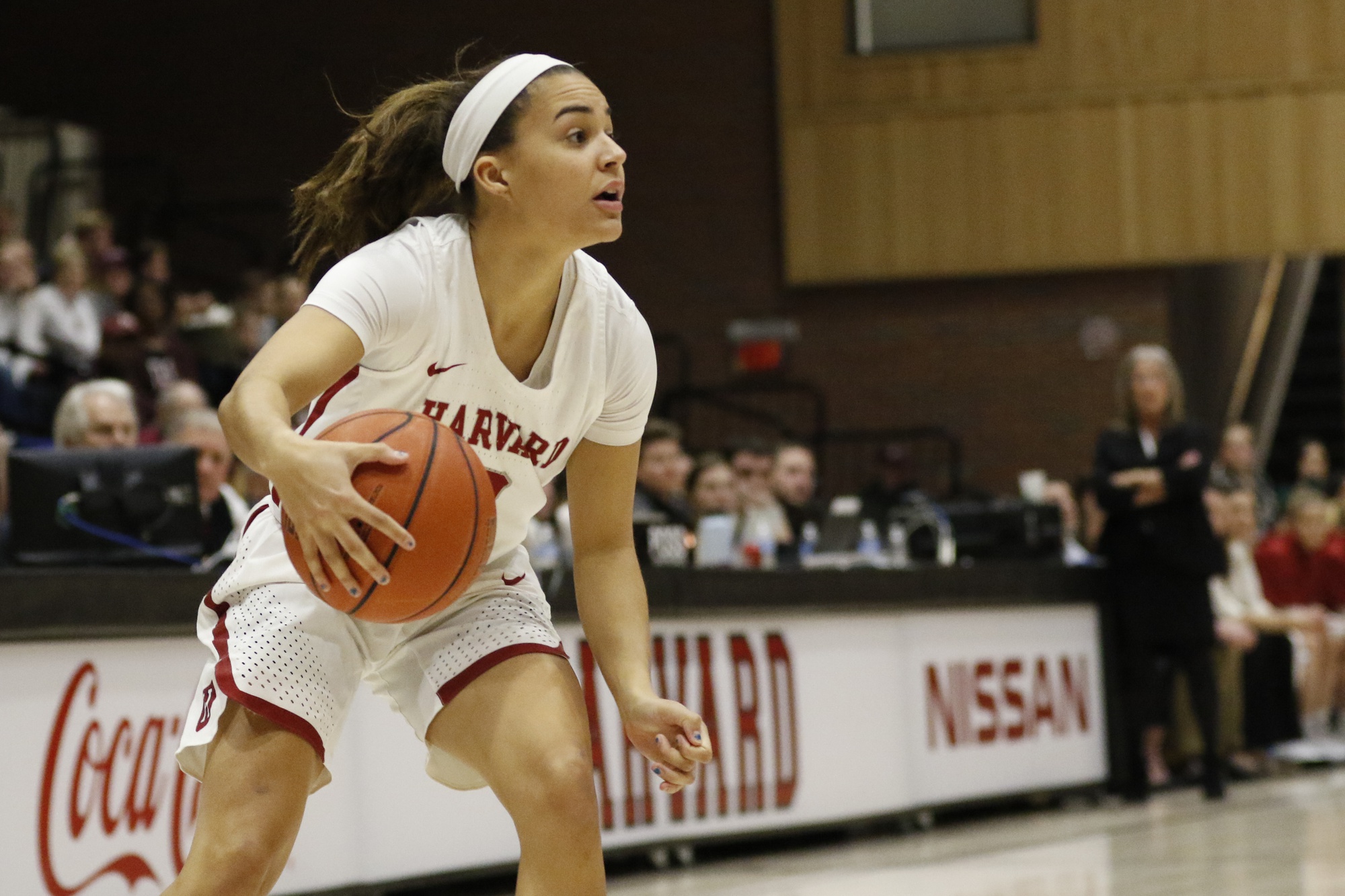 Katie Benzan will leave the comforts of her native Massachusetts to play in The Lone Star State next season. By Timothy R. O'Meara
By Ema R. Schumer, Crimson Staff Writer

Katie Benzan ‘20, Harvard’s starting point guard for the past three seasons, confirmed that she will play for the University of Texas at Austin upon graduation for the 2020-2021 season.

At the end of August, The Crimson reported that Benzan would forgo her senior year season.

“Katie has been a remarkable player in our program for three years,” head coach Kathy Delaney-Smith said in an emailed statement. “After much discussion with the coaching staff, she has decided to step away her senior year.”

Benzan wrote in a message to the Crimson that she has a verbal commitment from the University of Texas at Austin as of now and will formally sign a letter of intent during the signing period around mid-November.

Per NCAA Division I rules, a graduate student is eligible to compete in intercollegiate athletics provided that she has one season of competition remaining, according to the NCAA Division Manual.

In her three seasons playing for The Crimson, Benzan shattered school records.

Also in her final season for the Crimson, Benzan became the 20th Crimson player to score 1,000 points. In addition to her prolific scoring, Benzan led the Crimson in assists all three seasons.

The Longhorns finished the 2018-2019 season with a record of 23-10. The team, which competes in the Big 12 Conference, ended its season with a loss in the first round of the NCAA Tournament, which marked the sixth consecutive and 32nd all time Tournament appearance in the program’s history.

University of Texas at Austin Head Coach Karen Aston offered a window into the culture of Longhorns women’s basketball in a press conference on September 30.

“There’s a standard here at Texas and more importantly we have our own standard within our program...The one thing I think people really enjoy is how my girls play the game and how we project as far as competitiveness and passion,” she said.

Senior forward Jeannie Boehm spoke confidently that Benzan will be able to adjust to Longhorn basketball, which she noted has a “different style of play” in a “different conference” than Harvard.

“Katie’s obviously a great player...I think all great players know how to adjust,” she said. “It will definitely be super different, but you know, great players are great.”