The 1975 Maintain Their Sound on ‘Frail State of Mind’ 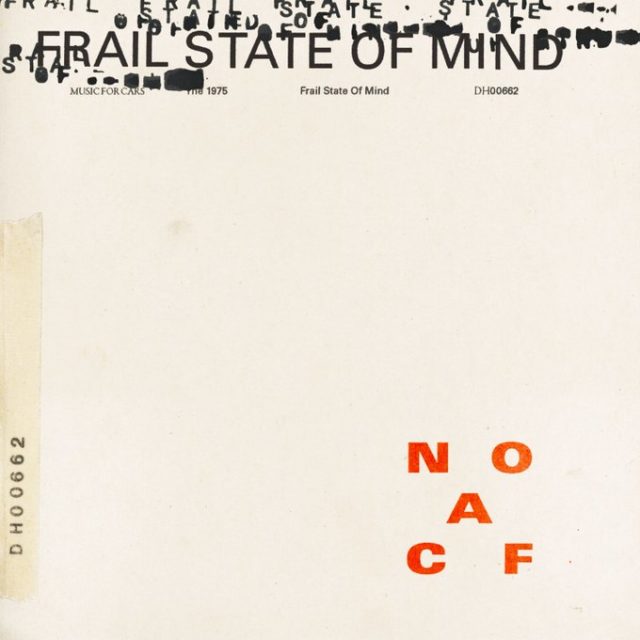 After months of teasing the release of the second album from The 1975’s “Music for Cars” era, “Notes on a Conditional Form,” the band treated fans with a steady stream of new singles, the third of which dropped on Oct. 24.

The single, “Frail State of Mind,” is characterized by ambient sounds, synths, and drummer George Daniel’s incessant beat, the unconventional timing of which provides a certain sense of inquietitude, adding to the song’s overall theme of living with social anxiety.

The way the song builds reflects frontman Matty Healy’s emotional interiority. Layers upon layers of sound are superimposed throughout the song as the lyrics grow increasingly frustrated. It starts slowly and somewhat peacefully, with ocean noises and synths providing a soothing lull to contrast with Healy’s self-conscious apologies about his mental state. Then highly auto-tuned vocals come in, mimicking and adding to the growing anxiety. Following a slower and stripped-down instrumental break, the whole song speeds up as Healy’s need to stay home (“I wouldn’t know, I’m normally in bed at this time”) becomes more extreme. A blend of samples over the core beat bring the song to it’s climax, driven almost to chaos as the lyric “frail state of mind” is repeated over and over again before again giving in to the calm, the layers falling away to reveal only the ocean.

It’s easiest to evaluate The 1975 in comparison to their larger body of work, in that each new iteration usually sounds very little like their past selves. To put them in a specific genre would be to unfairly trap them in a box they would rather not stay in for more than a couple years at most. With different “eras” dominating their music, from their black and white-filtered, self-titled indie rock era to their bubblegum pop era, to their current era, a heavily produced blend of electropop, rock, and RnB, the only reasonable expectation of each new release is that it will be nothing like the last one.

“Frail State of Mind,” is an exception to this rule. Rather than radically changing their sound yet again, as hinted at with the earlier two singles from the album “People” and “The 1975,” the latter featuring a speech by none other than climate activist Greta Thunberg, this single offers a reprise to their last album, “A Brief Inquiry Into Online Relationships.”

At first listen, the intro sounds very much like “How to Draw / Petrichor,” with its syncopated drumming and the light synth that plays on top of it, as well as its heavy use of ambien noises such as crashing waves and hazy vocals. Once the chorus kicks in, devotees of the band are instantly reminded of “TOOTIMETOOTIMETOOTIME.” The melody is almost exactly the same, bringing the listener back to the happy mindset of the much poppier tune while Healy croons about wanting to stay at home rather than plague the people around him with his anxiety: “I wouldn’t know, I’m normally in bed at this time / You guys, go do your thing / And I’ll just leave at nine / Don’t wanna bore you with my frail state of mind.” The melody, too, is at times reminiscent of “I Like America & America Likes Me,” also off of “A Brief Inquiry.”

“Frail State of Mind” is the link between the two “Music for Cars” albums — something new for the band, as most of their eras have only been one album. Their sound remains recognizable here, providing a comfort much like the comfort Healy claims to get by staying home with what’s familiar. It’s also a comfort that undeniably won’t last long, as the rest of the album will probably continue their practice of veering into previously uncharted territory, cementing The 1975 as a genre-bending yet unapologetically pop group.