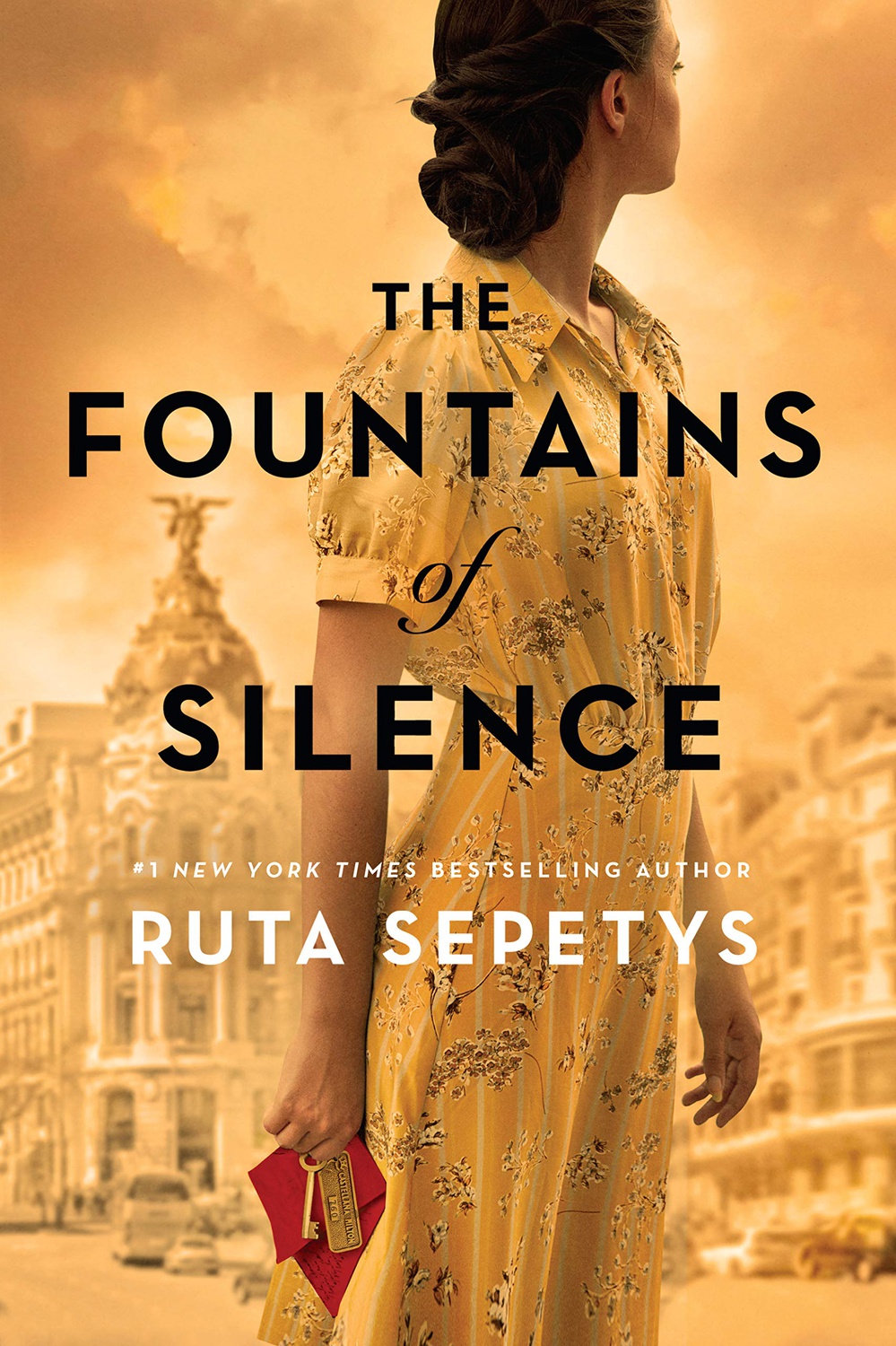 By Courtesy of Penguin Publishing Group
By Kathryn B. Klein, Contributing Writer

In a masterwork of historical fiction, Ruta Sepetys creates a literary pilgrimage to Spain in 1957, as she utilizes enigmatic characters and engaging plotlines to pull back the curtain on a portion of history that may be largely unknown to many. “The Fountains of Silence” plunges readers into the two distinct worlds of Spain under Francisco Franco: a land in which fear is king, regulations abound, and human rights are nonexistent, alongside the fledgling, tourist-appropriate Spain, built for the wealthy visitors the country has recently decided to court. The former is brutal, the latter is a postcard: beautiful, yet irrevocably flat. All the glitter of the second comes at a cost. With every room service lobster, the price of which exceeds the salary of the waiter who delivers it, tourists are complicit in the deepening of the divide, and concealing from the outside world the atrocities being carried out by an authoritarian regime. As one character aptly warns, “Don’t be stupid. There is a dark side here. Sure, they’re selling sunshine and castanets to the tourists. But that’s not all Franco’s selling. One wrong move and the police will be on you. You’ll be dead in a dirt pit.”
The story centers around Daniel Matheson, a young man from Dallas whose family, flush with the spoils of the booming Texas oil industry, is visiting his mother’s home country of Spain. For Daniel, the trip provides a level of independence that he craves, as he wanders the cobblestone streets of Madrid chasing down moments for the photography contest for which he is a finalist. His ambition to study journalism is largely unsupported by his father, leaving him desperate to earn his tuition. Beyond any fiscal reward, he carries a chip on his shoulder the size of the state he hails from, and Daniel is eager to prove himself, to capture a story, even if it involves putting himself in danger.
The opening line is fitting: “They stand in line for blood.” Women stand in line while a young boy working at the slaughterhouse doles out blood that will be used to make blood sausage. But the women are not the only ones awaiting gore. Matadors are a fixture of this story, and spectators at the bullfights literally await bloodshed and Daniel too is in some ways waiting for slaughter. Although armed with a charming smile and appealing southern manners, he is desperate to document the atrocities of Spain. But to his credit, what begins as an attempt to supplement his portfolio quickly becomes a deeply personal mission. Within days of arriving, Daniel is harassed by the “crows,” the terrifying Guardia Civil, Franco’s military police, leaving him to wonder, “If that’s how they treat tourists, how do they treat locals?”
The locals featured in the novel are similarly young, yet they are all too familiar with the darkness that the sunlight hides. Ana is a maid at a tourist hotel, eager to work her way up and rehabilitate her family, left with nothing after the civil war. Rafa, her brother, is fleeing from a horrific childhood, witnessing their father’s murder at the hands of the Guardia Civil and then spending years in a brutal home for young boys. While there he met Fuga, his best friend, an aspiring Matador with a mission to protect the children of Spain. Finally Puri, Rafi and Ana’s cousin, works in the Inclusa, Madrid’s local orphanage, where she relishes the sense of satisfaction she gets from being a “good Spaniard” and a “good Christian,” yet begins to wonder where all the orphans are coming from, and if they are even orphans at all. It is through the eyes of these lush characters that Sepetys depicts the realities of Spain. And as the book begins to paint a more complete picture, so too does Daniel after meeting Ana at the Castelana Hilton. Their fast friendship gives Daniel a passkey into the side of Spain only the locals see, imbuing him with a Robert Capa-esque sense of duty, on a mission to expose the truth. The pair lend the novel a sense of intimacy and familiarity within the broad, terrifying, and almost incomprehensible scale of Spanish politics. Daniel and Ana are naive and impulsive, determined and passionate, inscrutable but still textbook, so fundamentally teenaged. However, while Daniel is protected by his status as an American, the force of democracy strong at his back, the very fact of their relationship is a danger to Ana in a country where, “If a girl is discovered in a movie theater with a boy but no chaperone, her family is sent a yellow card of prostitution.” Thus, secrecy is paramount. Early on, the narrator explains, “Of course Ana’s hiding something. This is Franco’s Spain. They’re all hiding something.”
At times, however, this book exhibits a frustrating lack of faith in the reader. Perhaps because Young Adult fiction is targeted to a younger audience, authors may find it necessary to restate information, make complexities slightly more obvious or simplified, and put nuances in bold in order to ensure that readers catch every breadcrumb. However, the best works of suspense are those in which some clues are missed, buried, difficult to find. The ending feels somewhat abrupt, and a reader turning the final page may be shocked to realize there is no more. Perhaps this is a testament to a fascinating story and characters that nestle quickly into your heart. Littered with a litany of quotes carefully pulled from primary sources of the time and placed between the chapters, one leaves this book with a genuinely enhanced understanding of its time period, igniting a desire for more information about this tumultuous period in Spanish history.

In many ways this novel feels like the Capeas, the amateur bullfights that feature prominently in many of its scenes. Sepetys is the matador, the reader is the bull, and each time one attempts to close the book, a new piece of information flashes before you like a blood red cape, and you take off running.