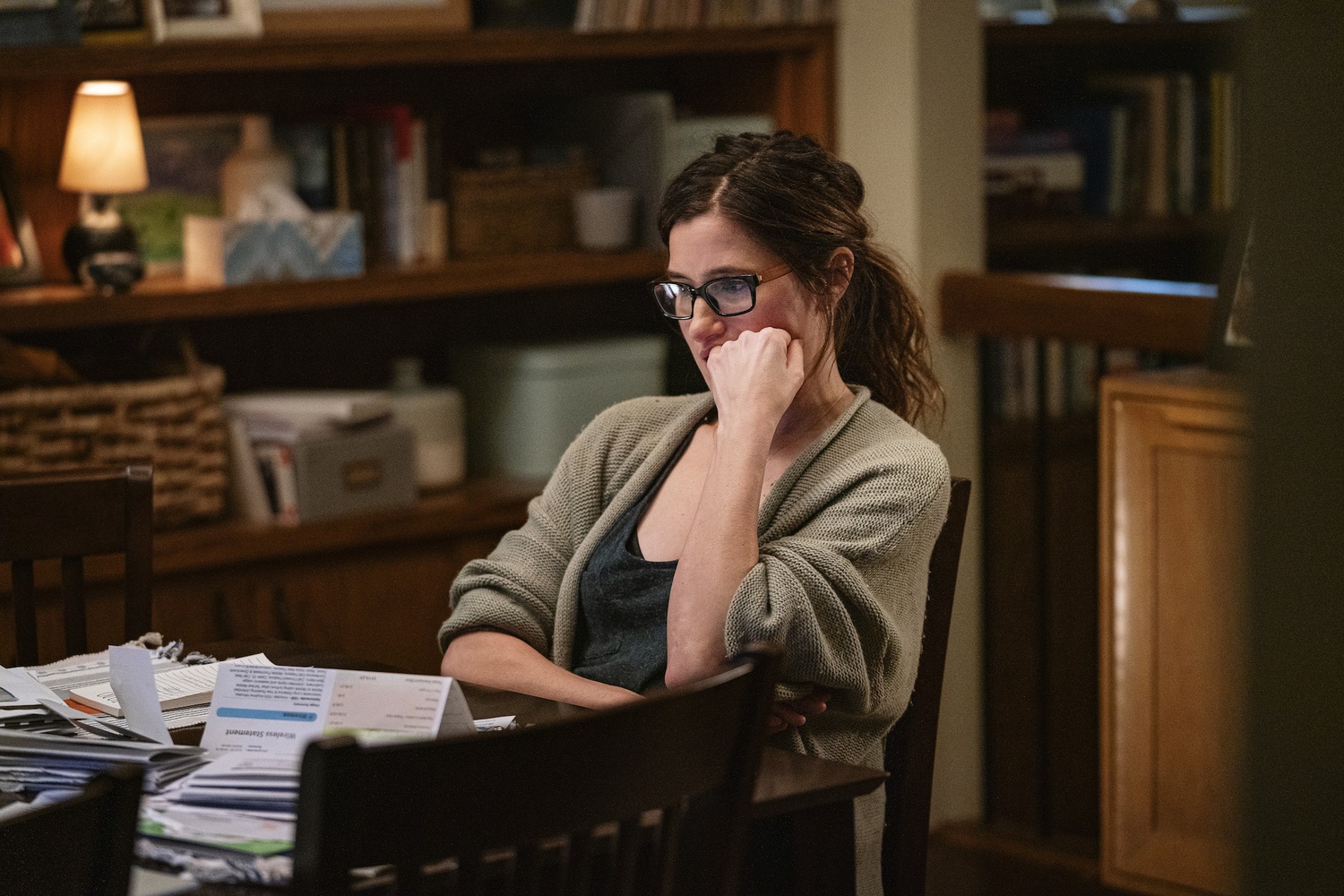 The title of HBO’s new comedy “Mrs. Fletcher” sounds like something fit for a “Downton Abbey” spin-off. In fact, it’s a series that dives into a single mother and empty nester’s rediscovery of identity thanks to the catalyst of graphic, online porn — not exactly as buttoned-up and proper as its innocent name might suggest. Based on Tom Perrotta’s 2017 best-selling novel, “Mrs. Fletcher” stars the beloved and versatile comedian Kathryn Hahn as its initially disillusioned protagonist Eve throughout its seven installments. In a way, the contrast between the show’s sexually-charged premise and unassuming title also applies to the vibe of the pilot versus the marketed arch of the show as a whole: While the trailer teases a storyline of personal growth and struggle through the lens of sex, the pilot fails to strongly introduce this concept in its 30-minute runtime and instead falls flat in spite of Hahn’s already impressive performance. While HBO’s strong marketing campaign for this new series, as well as its talented lead actress, make “Mrs. Fletcher” still one to keep on the radar, the first episode lacks a clear establishment of tone and enough compelling, sympathetic characters to make for a memorable television pilot.

It is important to note up front that the rather slow pace and generally dreariness of Episode One might have been an intentional choice by writer of the book and screenwriter of the episode Perrotta: Perhaps to contrast with more exciting moments that will likely hit both Eve and her son Brendan’s lives going forward. Even so, an artistic decision regarding the series as a whole is all for naught if the pilot is not intriguing enough to hook the audience and draw them back for Episode Two.

In the marketing for “Mrs. Fletcher,” it’s explicitly shown both that porn will ignite Eve’s desire to explore her sexuality and reinvent herself and that her son Brendan’s (Jackson White) rather misogynistic worldview will butt heads with the more progressive college culture he is entering. Yet these full realizations clearly have been delayed until later episodes. Without the aid of plot summaries, the first episode seems to preface a series simply about a strained mother-son relationship and the loneliness of a middle-aged woman adjusting to her empty nest, not the fascinating sexuality angle that Perrotta wants to take when looking at the common experience of sending kids off to college.

On top of that, Brendan Fletcher’s intolerable personality makes the episode somewhat painful to watch, considering he dominates about half of the screen time. He starts off as a rather stereotypical self-centered straight male who lacks respect for his mother and cannot wait to taste the freedom of college. Yet as the episode unfolds, it is further revealed that he is also quite a scummy douchebag who uses his popularity to aggressively bully others and to speak to women in the same degrading, sexist tone that seems to often characterize traditional pornography.

Of course, TV shows and movies often have hated characters (the infamous Joffrey Baratheon of “Game of Thrones” comes to mind, for example) which do not detract from the overall quality of the show, but usually they’re designated as villains and not one of the two protagonists that the audience will be closely tracking for the rest of the series.

Thankfully, Kathryn Hahn’s Eve is real and relatable as she grapples with her slump in self-confidence and the looming feeling of stagnation now that her only child will be gone. It is just a shame that her scenes must be intermixed with Brendan’s, who feels more like a satirical accumulation of all the worst frat boys to exist than like a true modern teenager.

It feels like “Mrs. Fletcher” has so much more to give and a lot more exciting ground to cover in its six remaining episodes, so it is likely a mistake to give up on it already. But at the end of the day, when it comes to evaluating television pilots, the questionable writing does not give the series the strong, well-developed legs to stand on that it appears that this tale of sexual discovery deserves.